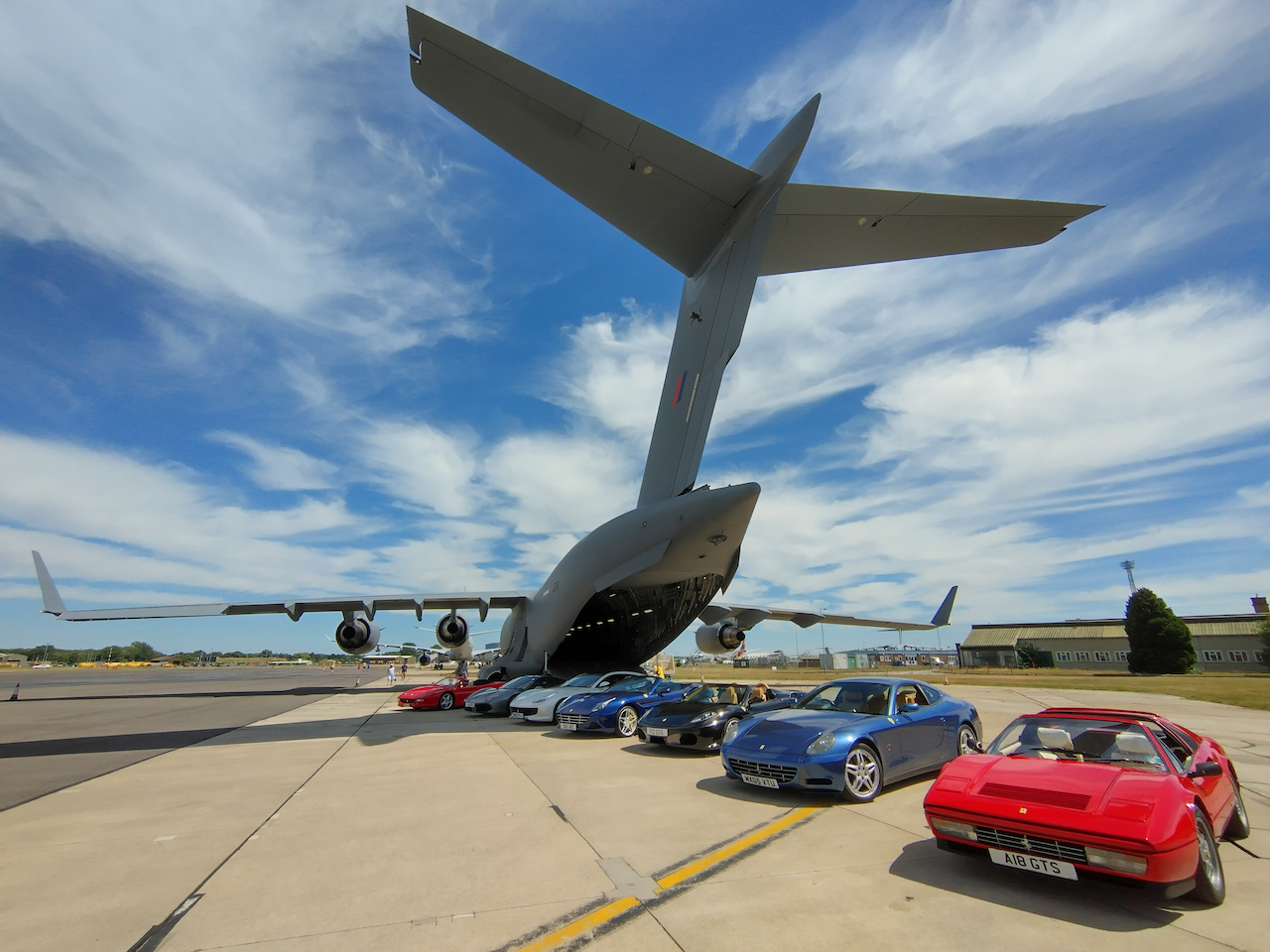 A small group of Club members were lucky enough to form a small display at RAF Brize Norton on 10th July at the 99 Squadron Families Day.

Members were escorted early morning onto the base for the 99 Squadron Families Day with the Ferraris bringing a touch of Italian class, nestled between an Airbus A400M and the iconic Boeing C17 Globemaster III. A small display from the Club but appreciated all the same.

The members reward? Free access to climb aboard and learn about a selection of some of the RAFs most iconic aircraft.

The Boeing C17 Globemaster III is instantly recognisable with its sheer size dwarfing that of any other aircraft on the site. The maximum gross takeoff weight of 585,000 lbs is immense, allowing the rapid transport of something as heavy as the Abrams MBT or even a Chinook!

The Airbus A400M Atlas is the most advanced European airlifter available, combining 21st century state-of-the-art technologies to fulfil the current and upcoming armed forces’ needs. The contrast between this and the C17 is obvious, not just in size but also use case as the A400M is designed to be the replacement for an old favourite, the Hercules.

The Lockheed C-130 Hercules is an icon of military aviation and is highly flexible, with the ability to airdrop a variety of stores and paratroopers, and operate from natural surface landing zones. A common site across the UK conducting paratrooper training and more, the sound from the four turbo fan engines is sadly due to come to an end, with the C-130 fleet due to be retired in 2023 and replaced by the positively space age A400M.

More photos from the 99 Squadron Families Day are available to view on Flickr.