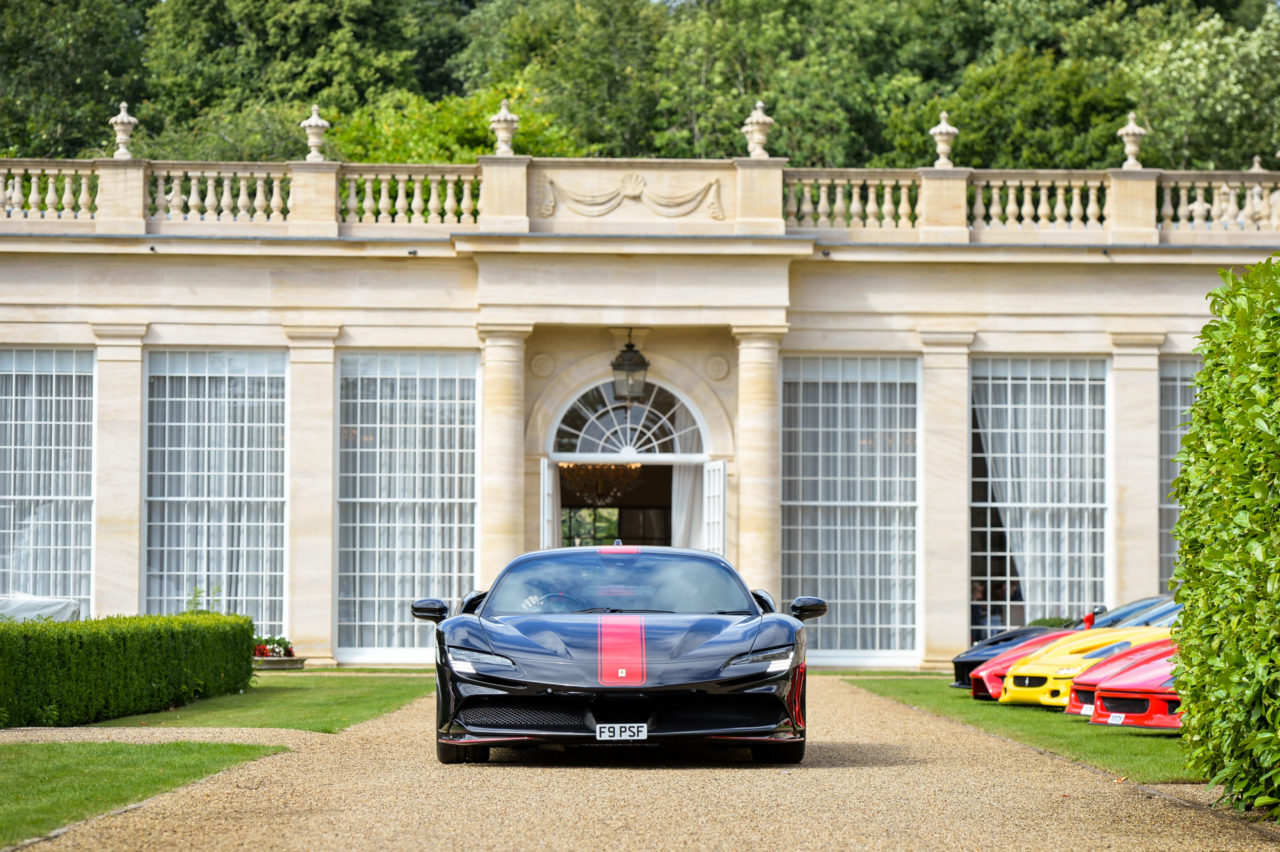 A number of records were set for the 2021 Summer Garden Party. The fastest sell out of hotel rooms in Club History, the largest exhibitors village at a Club event, and the wettest Summer Garden Party in recent memory. Rain, sunshine, wind… the only weather missing from the weekend was snow!

Not to be deterred, members defied the weather and the grounds of Rushton Hall were graced with a huge variety of Ferraris.

Members were welcomed to the AGM hosted in the Orangery, and in the evening the Charles Stanley Concours Dinner. Fantastic food was accompanied by a reveal of the new Ferrari 296 GTB and the worlds first sighting of The Little Car Company’s Testarossa J – 48 hours ahead of the official press release! Chocolates, live music & dancing saw out the evening.

Sunday brought challenging conditions at first for the Charles Stanley Concours, but allowed competing members to showcase the finest examples of Maranello’s best creations. A tightly fought contest that saw Mark Cale’s 612 Sessanta crowned “Car of the Day”, with no less than eight cars attaining a Platinum standard score.

Multiple car displays could be found around the grounds ranging from Competition Cars to DK Engineering’s trio of 250 SWB’s (including that formally owned by Richard Colton), along with picnic furniture, lawn games and more to explore on the day.

A full event report can be found in the next issue of Ferrari magazine, and over 150 pictures are posted on our Flickr page.