A “wet and dry” start at Oulton Park for PFfc 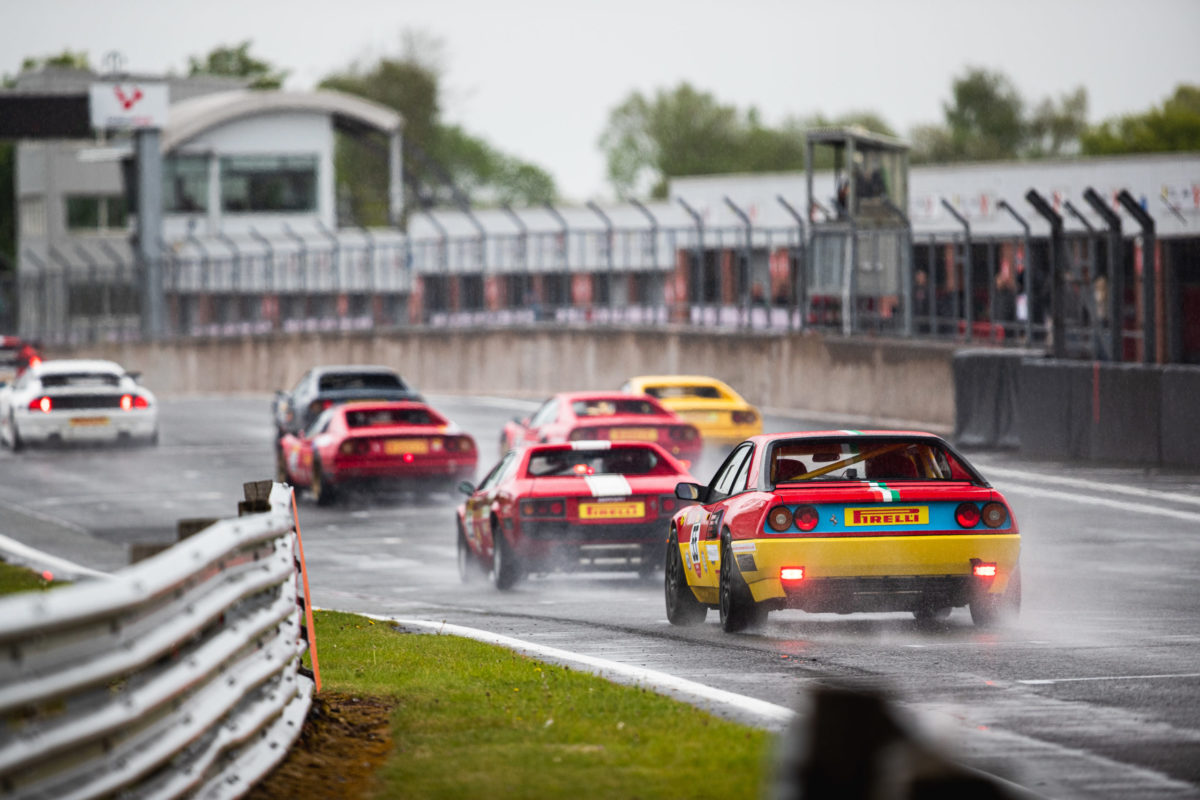 The opening races of the Pirelli Ferrari formula classic series took place on the 6th and 7th of May at Oulton park. 18 cars entered including the welcome addition of two drivers entirely new to the series.

Race 1 on Friday took place on a wet track, somehow becoming even wetter as the race progressed. Apart from one small incident on the first lap all went well with Wayne Marrs taking the win in his 355.

There were two dry races on the Saturday with the first providing another win for Marrs, an impressive effort seeing as he would start from the Pit Lane. The final race was remarkable as there were three aborted starts seemingly caused by the same front brake problem occurring to three 355’s one after the other. When the race finally got under way the winner was Vance Kearney in his 355.

A full report will soon be available with plenty of pictures to follow.