Double-Gold for Thompson at Harewood 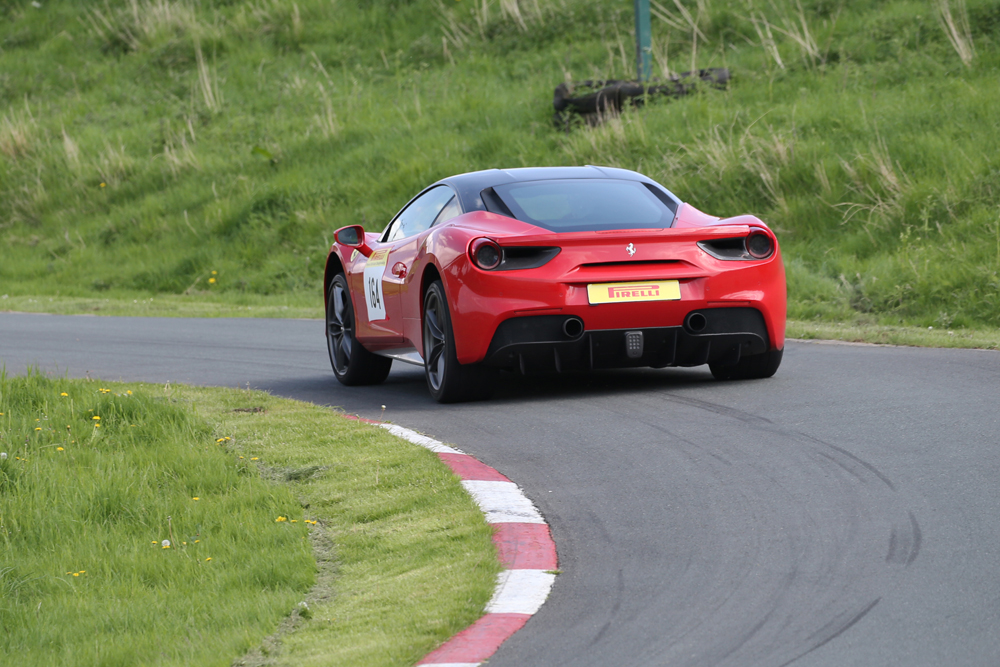 The race reports for rounds 3 and 4 of the Pirelli Ferrari Hillclimb Championship are now available.

Day 1 scratch winner was the impressive Steve Thompson who had managed to at last bring Dave Snelson’s remarkable run of end-to-end victories to a close.  We were pleased that the winner of the Handicap Award was Steve Nunney, who hadn’t seen the hill until that morning.  And John Warner and Marjorie deservedly picked Paul Booth’s magnificent 458 as the Best Turned-Out Ferrari.

Day 2 saw Paul Booth pilot his 458 to first place on Handicap while Brian Jackson took home a total of 32 Championship points to put him ahead of Pauline in the Classic section. A bonus for Brian as his car was picked as the day’s best turned-out.

Photos are available to review for each round alongside the events of the weekend as penned by John Swift.