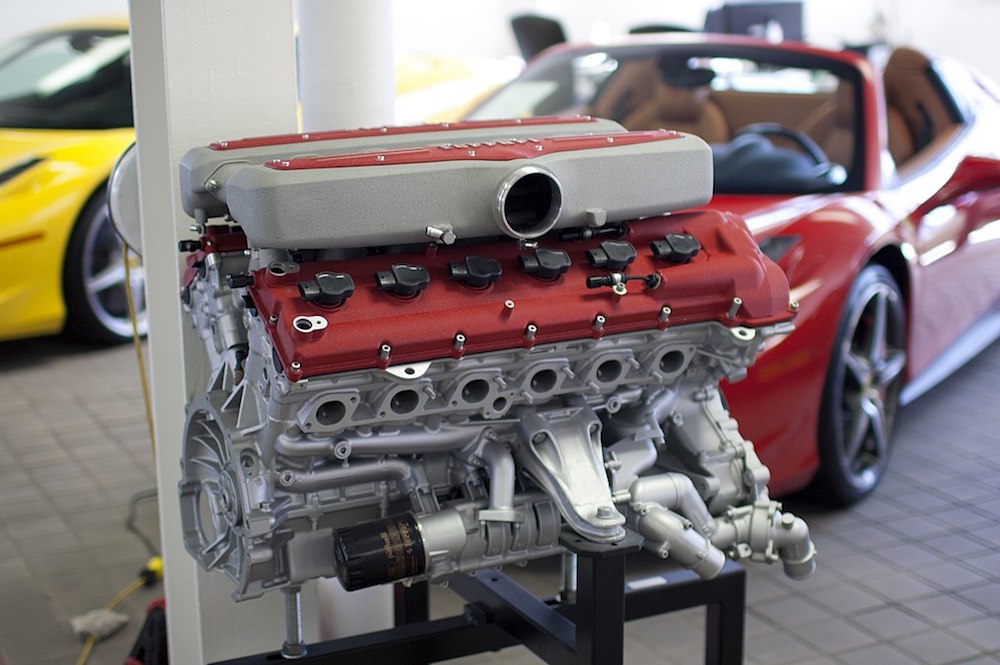 As Europe prepares to ban combustion engines, Italy, home of high-powered, high-testosterone sports cars made by Ferrari NV and Lamborghini SpA, is already looking for ways around the proposed restrictions.

Mario Draghi’s government is in talks with the European Union on shielding supercar makers from the phase-out, planned to go into effect by 2035, according to Roberto Cingolani, minister for ecological transition.

While Rome backs Europe’s commitment to cut emissions by phasing out the most-polluting engines, the supercar sector “is a niche, and there are ongoing discussions with the EU Commission” on how the new rules would apply to high-end carmakers who sell far fewer vehicles than mainstream producers, Cingolani said in an interview with Bloomberg TV at the Ambrosetti Forum in Cernobbio, Italy.

“These cars need very special technology and they need batteries for the transition,” Cingolani said. “One important step is that Italy gains autonomy in producing high-performance batteries,” he said, which is why the country is set to launch a “giga-factory program” for large-scale battery production.

The Commission announced the phase-out plan in July as part of the region’s effort to cut emissions that contribute to global warming. But the timeline could be challenging for luxury producers that make cars whose powerful engines emit above-average levels of pollution. Their lower sales volumes cap possibilities for economies of scale from converting plants.

The EU is still in the early stages of considering the plan, as the proposed rules will now be discussed by member states and the European Parliament. The process is likely to take as long as two years, with some countries likely to propose amendments to protect their companies and industries. An EU spokesperson on Monday declined to comment on the Italian minister’s remarks, noting that “all car manufacturers will have to contribute to this reduction” in emissions.

France has already shown signs of resistance to the new plan, advocating for more lenient targets. Paris backs a goal of reducing emissions from cars 55% by 2030 and for hybrids to remain on the market for longer, an official in President Emmanuel Macron’s office said in July.

European Automobile Manufacturers Association President Oliver Zipse said he supports the Italian effort given the “special situation” supercar makers face. “For very small manufacturers, who in the bigger picture of overall emissions play almost no role, there are good arguments for considering these exemptions,” Zipse said at the IAA car show in Munich.

Cingolani, a former non-executive director at Ferrari, argues that the number of vehicles affected by an exemption would represent a mere fraction of a market that numbers in the millions. Ferrari sold around 9,100 vehicles in 2020, while Lamborghini’s sales numbered around 7,400.

The exemption “is something we are discussing with other partners in Europe,” the minister said. “I am convinced there will be not be a problem.”

Italy’s attempt to shield its iconic carmakers doesn’t mean the country opposes the move toward electrification. “This is a global policy problem,” Cingolani said. “There is a clear awareness about the need for a transition toward electric mobility. ”

Still, help from Brussels could be crucial for Ferrari. The company still does not offer a fully electric vehicle and has been slow to embrace electrification. A spokesman for the Maranello, Italy-based company declined to comment on Cingolani’s comments.

Ferrari will unveil its first vehicle that runs entirely on batteries in 2025, Chairman John Elkann said earlier this year. In contrast, Porsche Automobil Holding SE’s fully electric Taycan has been on the road since 2019. Ferrari plans to share more details on its plans during a capital markets day next year.

Charting a course for Ferrari in the waning days of the internal combustion engine will be among the biggest priorities for Benedetto Vigna, who started as chief executive officer on Sept. 1. The former STMicroelectronics NVexecutive led the chipmaker’s division that supplies key sensors used in Apple Inc.’s iPhone and automakers’ navigation systems.