Farewell to Reutemann, the ace from Santa Fe 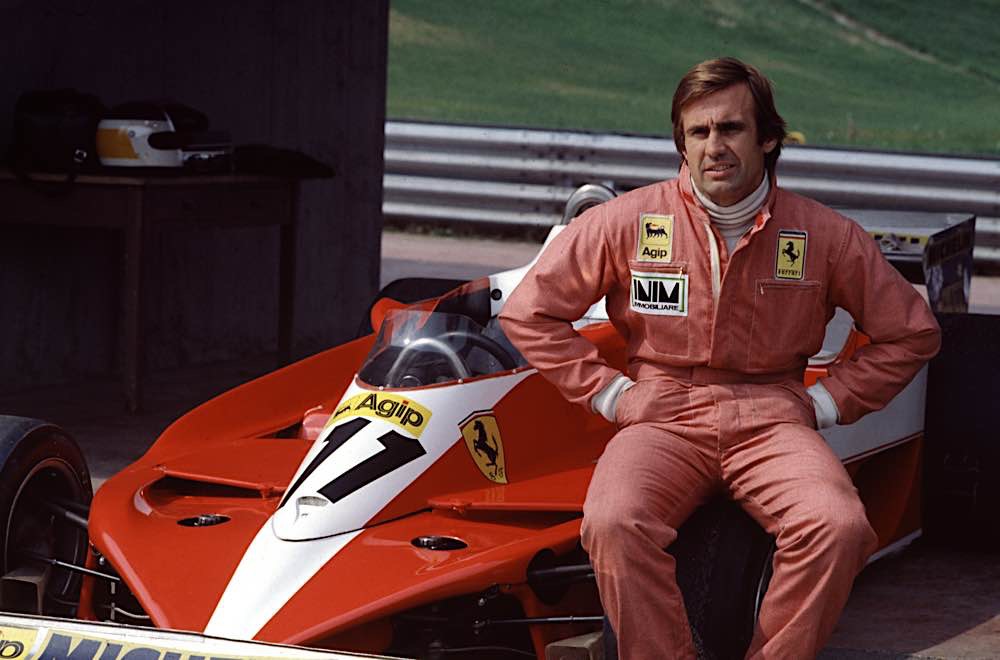 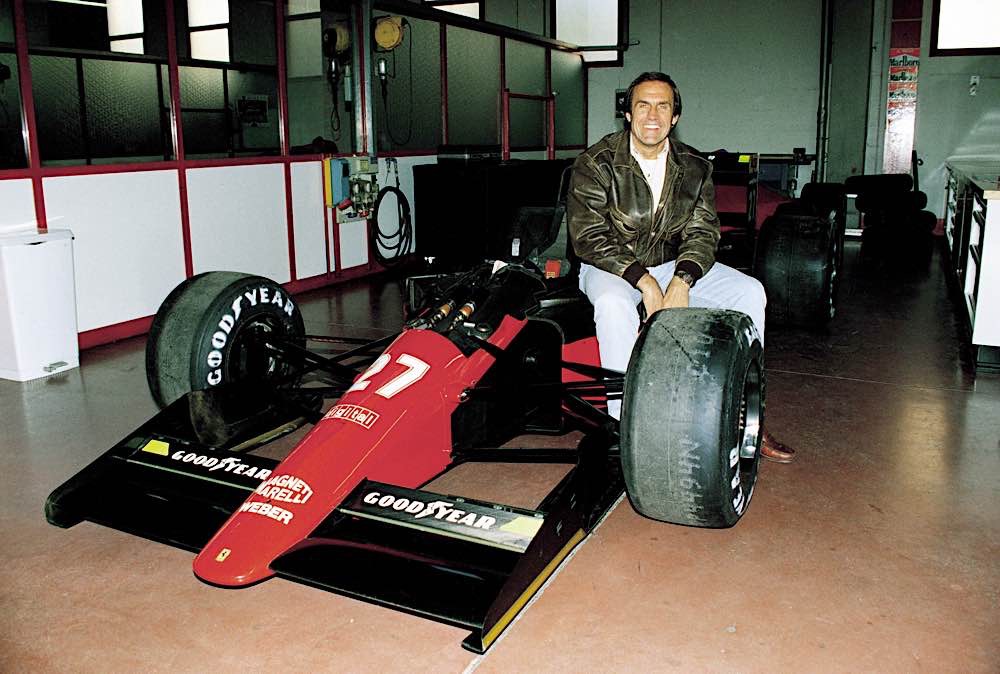 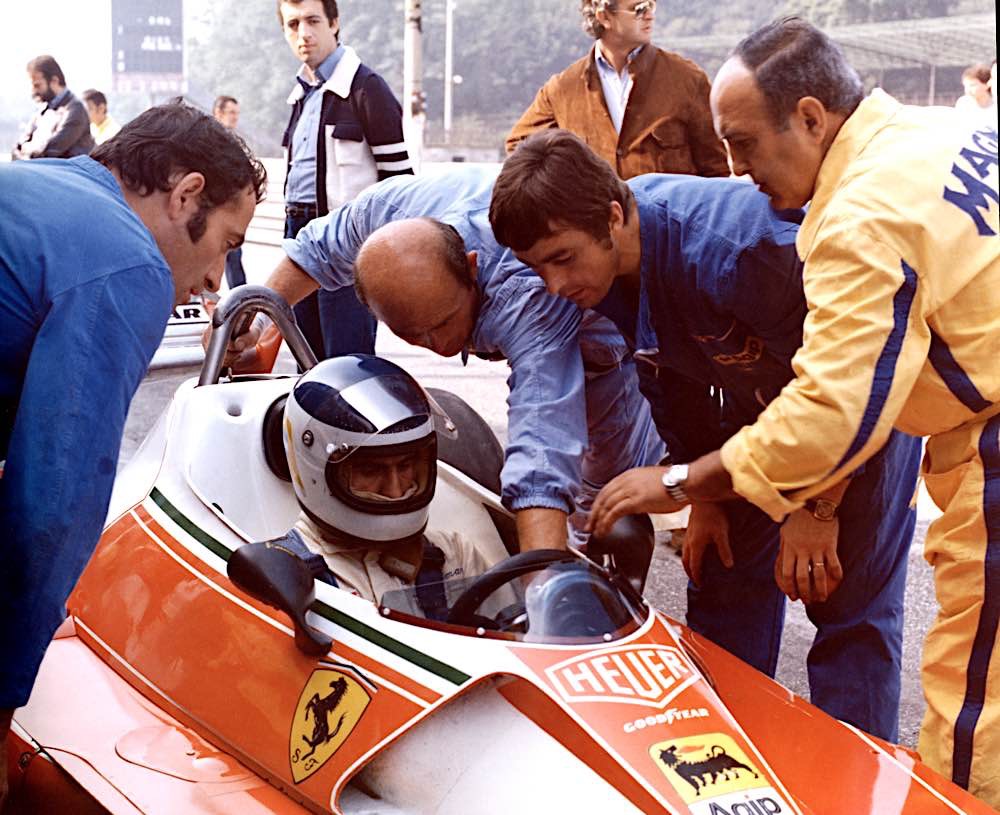 Reutemann moved to Ferrari in 1976.

This article is based on a report from from Ferrari Media.

Carlos Reutemann has passed away the age of 79, in Santa Fe, Argentina. From when he was a very young boy, he’d already acquired his nickname of “Lole”, which had to do with his love of animals, in particular pigs or “los lechones” in Spanish, which he mangled into “lolechones”, hence “Lole”. He and Enzo Ferrari’s paths crossed for the first time in 1973, when he partnered the Australian driver Tim Schenken in some endurance races in a 312 P, while also racing for Brabham in Formula 1. Reutemann was well aware of Ferrari, because his mother was Italian and his parents made sure he knew all about the greatest Argentinian driver, Juan Manuel Fangio, who won the World Championship with the Prancing Horse in 1956.

Formula 1. In 1976, after Niki Lauda’s terrible accident at the Nürburgring, the Scuderia called in Reutemann to replace the Austrian for the Italian Grand Prix, but Lauda’s recovery was so rapid that the Scuderia ended up running three cars for the first time since 1972, putting the number 35 for the first time on Carlos’ car. He returned to the team for 1977 and, at the wheel of a 312 T2, won in Brazil, his third race for the team, helping the Scuderia to take its fifth Constructors’ title and proving that he had what it takes to be a number one driver. The team indeed handed him that role in 1978, alongside the young Gilles Villeneuve and the Argentinian duly won four times, (Jacarepagua (Brazil), Long Beach, Brands Hatch and at Watkins Glen). He finished third in the championship behind the Lotus pair of Mario Andretti and Ronnie Peterson. At the end of 1979, Reutemann opted to leave Ferrari for Lotus.

The most successful. Carlos competed in 34 race for Scuderia Ferrari, winning five, which makes him the most successful Argentine driver for the Maranello marque. Juan Manuel Fangio only managed three wins, while Jose Froilan Gonzalez won twice, memorably securing the Scuderia’s first ever Formula 1 victory on 14 July 1951 in the British Grand Prix.

Welcome visitor. Over the years, Reutemann often returned to Maranello, in 1991 and four years later when he tried out the cockpit of Jean Alesi’s 412 T1. In December 2004, he drove a Ferrari Formula 1 car again, when he completed around 20 laps of Fiorano in Rubens Barrichello’s F2004.

Memories. Enzo Ferrari held Reutemann, who went on to a brilliant political career in his native Argentina, in high regard. But in his book “Piloti, che gente…”, Ferrari did not hold back: “An athletic highly skilled driver, with a tormented and torturous temperament. Able to resolve difficult situations and to make up for mechanical shortcomings, but sometimes his emotions got the better of him and lost him the result that seemed possible at the start.” Carlos Reutemann raced in Formula 1 from 1972 to 1982, with four major players, Brabham, Ferrari, Williams and Lotus, competing in 146 Grands Prix. He won 12 and finished second in the World Championship in 1981, and third three times in 1975, 1978 and 1980.

The web team adds: To be able to have a serious political career with the Justicialist (formerly Peronist) party in Argentina post F1, Reutemann was surely an unusual character, even by the standards of F1 in the 1970s and 1980s. His F1 career started in 1972 with Brabham, where his team-mate was Graham Hill. In his first race he put the Tauranac designed Lobster Claw BT34 on pole at his home race. Moving to Ferrari in 1976, as already mentioned, his final team-mate was Villeneuve before he went on to Lotus. Despite the advantages of the Lotus 79 ground effect chassis, he had limited success at the always reliability-challenged Norfolk constructor, and moved to Williams in 1980 alongside Alan Jones.

The FW07 was the class of the field, and Jones took it to the 1980 title. It looked as though Reutemann might follow in 1981, effectively elbowing out the Aussie. Internal politics deprived him of points at the German GP, and in the end he arrived at Las Vegas, arguably the worst track in the history of F1, where he needed to finish ahead of Piquet. He finished 2 places behind him, so ceded the championship. Having lost a gear early in the race, perhaps the lacklustre race can be forgiven, but it has long been a subject of discussion amongst enthusiasts. He retired from F1, early season, in 1982, again controversially. Was he just tired of F1 as the turbos took over, was the Falklands war too much of a strain, or did politics beckon too seductively to refuse?

It was not quite the end of international motorsport for Lole. He competed in Rally Argentina (part of the WRC) and finished 3rd. Even more impressive to an outsider is that it was in a 205T16, one of the monsters of the gloriously mad, bad Group B era. Somehow, that seems to match the character of the man which comes over from reports. A real personality, his own man, and one who is missed by enthusiasts everywhere.