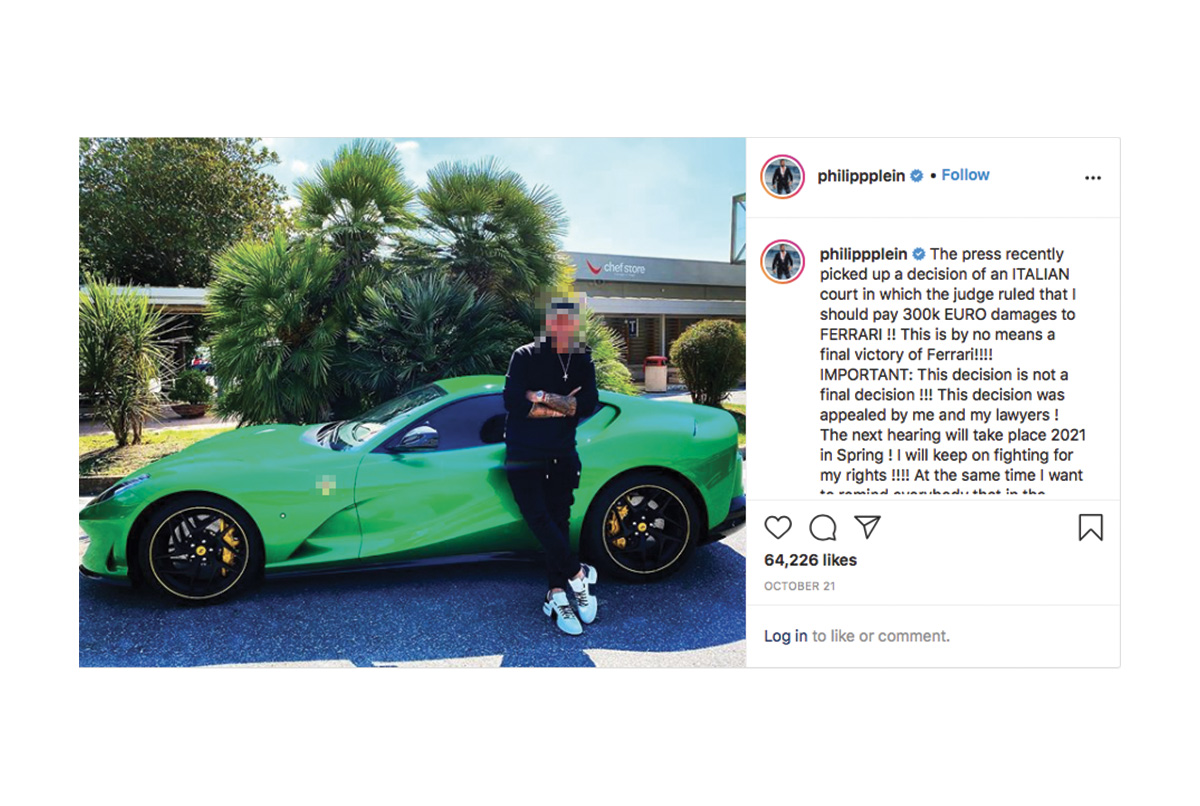 This story first appeared in Driving.ca

“Fashion” “designer” Phillipp Plein lost a legal battle against Ferrari last month, after the brand took issue with the way Plein allegedly used the Italian marque’s logo, branding, and cars to promote his own products.

The battle dates back to 2017, when Plein held a fashion show in Milan that featured Lamborghini, McLaren, and Ferrari vehicles.

Ferrari saw the vehicles were being used to promote Plein’s “billionaire” lifestyle, and launched a lawsuit, since it never agreed to its name being used to those ends.

Then Ferrari went after Plein’s social media, which also featured the designer’s own Ferrari being used as a backdrop for his products. One of his shoe designs even intentionally mimicked the colour of the Ferrari 812.

According to Ferrari, the posts “tarnish the reputation” of the brand, and were “unlawfully appropriating the goodwill” afforded to customers. It isn’t just tacky clothes that set Ferrari off, either; contrary to what Plein might think, the brand says he lives “a lifestyle totally inconsistent with [Ferrari’s] brand perception, in connection with performers making sexual innuendos and using Ferrari’s cars as props in a manner which is per se distasteful.”

Plein was ordered to pay Ferrari 300,000 Euro (about US$352,000) in compensation, as well as 25,000 Euro for Ferrari’s legal fees. Any social media post that featured a Ferrari would also have to be removed, lest he face an additional 10,000-Euro penalty for each picture posted.

Plein made a post on Instagram proclaiming the battle isn’t yet over, saying he and his lawyer will appeal the decision in spring 2021. He even flaunted the ruling by posting yet another picture of himself with the green Ferrari.