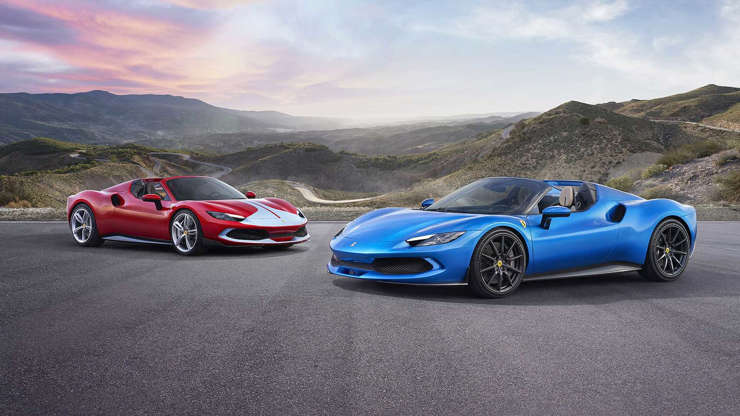 The retractable hardtop needs 14 seconds to go up or down.

The Ferrari 296 GTS, the evolution of Ferrari’s mid-rear-engined two-seater berlinetta spider concept, is powered by the new 120° V6 engine coupled with a plug-in (PHEV) electric motor that debuted on the 296 GTB, which unleashes a massive 830 cv in total. The car thus redefines the whole concept of fun behind the wheel, guaranteeing pure emotions not just when it is being pushed to its limits, but also in day-to-day driving situations.

In Ferrari, the fun-to-drive factor is measured by five different indicators which are used to set targets during the development phase.The first factor is lateral acceleration which determines response to steering wheel inputs, the prompt reaction of the rear axle to steering inputs, and, consequently, ease of handling.

Learn more about the new Ferrari 296 GTS at Ferrari.com