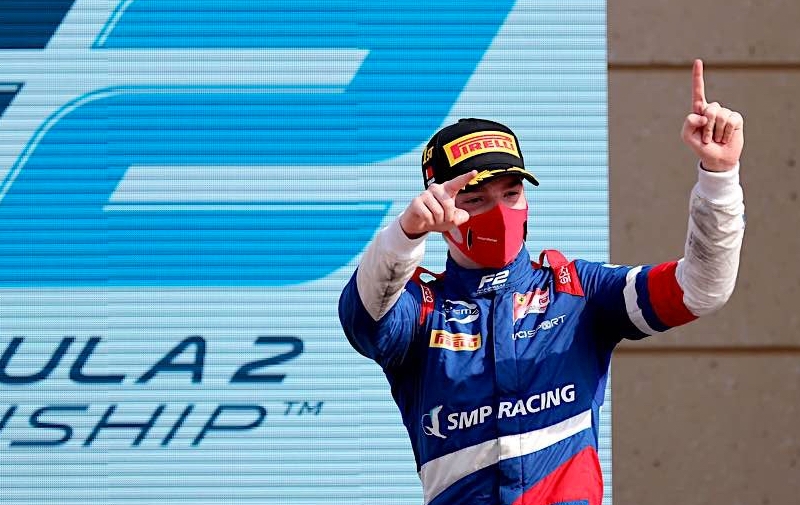 The 2020 Ferrari Driver Academy season is nearly at an end : time to sum it up, so we spoke to Marco Matassa, the Head of the FDA, about the four categories in which the nine youngsters in the Maranello marque’s junior programme raced this year.

“It was a year to remember in which we achieved our goals of winning championships that were in our sights and we witnessed solid progress from our drivers, those in their second year in a series and those making their debut in a category with all the unknowns that step up entails. We are pleased with our success and are already focused on 2021, when we will face the far from easy task of doing better than this year.”

The pandemic also made life more complicated, it was difficult for students to travel to Maranello and to the races.

“This year was definitely a continuous challenge. We strengthened our staff at the start of the season and began to work with our engineer Alessandro Vantini and that was the key to being close to our drivers in a year when “bubble” was a key word and moving from one paddock to another was much more complicated than usual. The world stopped in March and we had to rethink the programme introducing remote learning. I think it proved to work well, because although the guys weren’t in Maranello, what we were trying to teach them got through. I think that even when the pandemic is over we will apply some of these innovations because it means we can work with the students wherever they are. Potentially, we could look after one of our drivers who is maybe racing in America or Asia with the same level of car as if they were in our factory. When the season began, I focused on Formula 2 and 3, while Alessandro looked after Formula Regional and Formula 4.”

Let’s start with Formula 2: the title with Mick Schumacher, three drivers in the top four and nine wins out of 24 races.

“We knew we had really good chances in Formula 2 and our drivers did a really good job, especially Mick, Callum and Robert. Schumacher realised that in a championship without a clear favourite, consistency was the key. He displayed an impressive psychological growth. He made minimal mistakes and he worked out in which races he should attack and take risks and in which it was better to settle for fewer points and drive more cautiously. Especially in the second half of the season, this began to pay off because while his rivals ran into trouble, he was racking up the points.

He made his mark with two fantastic wins and he fully deserved the title. As things panned out, the season reminded me of 2018 when Mick won the European Formula 3 championship with a cautious start followed by a rush of wins. In the first few races this year he was not perfect, but from the mid-season he never put a foot wrong and he really got the hang of the starts. Callum did a very good job, making a lot of progress compared to 2019 and he proved to be an ace over a qualifying lap, notching up no fewer than five poles. He paid a high price for the few bad races he had, but he showed great character by keeping the title fight alive right down to the very last race of the season.”

But no one won as many as Robert…

“We didn’t learn anything about Schwartzman that we didn’t know already. He’s a beast in the races. He proved it last year in Formula 3, winning the title in his rookie season and confirmed it now in Formula 2. The start of his season was almost perfect. Then a few too many scoreless races put him out of contention for the title but he is still the driver with the most wins on four. He stays in F2 next year with Prema because he should do another year in the category and I expect him to be a frontrunner for the 2021 title.”

For Marcus and Giuliano the season was a bit more complicated.

“Undoubtedly. Armstrong was on the podium in two of the first four races and it might even have been three but for a technical problem in the Sprint Race in Austria. Then he and the team made a few mistakes and Marcus struggled to find the strength to help the team to get out of the negative cycle it was in. I still believe Armstrong is very talented and the team change planned for 2021 will help, because he can start afresh and use all his talent. As for Giuliano, he had a somewhat troubled season. After the first few races an incompatibility with his team meant he actually switched to another one and towards the end of the year with MP Motorsport, Giuliano put in some strong qualifying performances and ended with a positive sixth place in Sakhir.”

Onto Formula 3. How did Enzo Fittipaldi get on?

“Complicated. I’d say Enzo suffered from not knowing some of the tracks, plus the team was also new in this category and it took a few races to get up to speed. Enzo’s weakpoint was qualifying: in the first part of the year, with 30 cars on track he was often a long way back. But in the races he would often charge up the order making up eight or even ten places. But he was still outside the top ten so outside the points. Then he got better at qualifying and could start from the middle of the grid and from then on, he could fight his way into the points. At the end of the season, on tracks he knew such as Monza or Mugello he progressed still further, getting close to the podium with a fourth and fifth place in Tuscany. In the Italian Grand Prix weekend he was heading for a definite podium until he collided with another car at the first chicane and picked up a puncture.”

Titles and strong showing in Formula Regional too.

“I have to say it was nice to see two FDA guys fighting it out for the title. Between them, Petecof and Leclerc took ten wins, 29 podiums, 13 poles and nine fastest laps. Gianluca showed his mental aptitude has improved as well as his ability to read a race. He learned that when he could not be in the fight for the win, it can be good to bring home the points for a fourth or fifth place. He scored in all 23 races this season and that shows how much progress he has made. As for Arthur, there is no doubt about his talent and skill at the wheel and he just has to hone his skills in terms of race management and dealing with difficult situations. He won more races than Gianluca (6-4) and could have taken at least one more win if he hadn’t been let down by his car in Imola. I think he is ready to move up a category if he is prepared to listen to our advice.”

And we close this round-up with Dino Beganovic.

“I am very pleased with him. I think he is still developing, mentally and physically – over the course of the season he grew taller by almost ten centimetres. I noted an exponential growth from the early races. He has a great ability to listen and immediately put into practice what he has learned. He is like a sponge, soaking up all the suggestions and this is a skill that can prove very useful. The highpoint was when he took his first single-seater win at Imola. It came at the end of a very chaotic race with four Safety Car periods and a track that offered less than optimal grip. Dino didn’t put off a foot wrong and was never off the podium all weekend.”

2020 also saw the FDA raised the bar in terms of partnerships.

“We decided to strengthen the collaborations that were already in place, like the longstanding one with the Italian Automobile Club (ACI) and the one with Tony Kart, which monitors the category across the whole world in which all the champions are formed. To this, we decided to add two new partnerships that have allowed us to expand outside Europe and to include almost the entire world of motorsport. We joined with Escuderia Telmex to spot talent coming from Latin America and Australian Motorsport for the whole Asia-Pacific area. This allowed us to organise the first edition of the Scouting World Finals of the FDA.”

“Six of the guys that our partners pointed out to us were with us at Maranello for a week in October. We put them to the test both with on and off-track activities and we chose the best. We will offer the winner the chance to become part of the FDA.”

When will we know who has won?

“The announcement will be made tomorrow (December 9).”

There is also a project related to girls.
“Yes, that is another reason that we have a vitally important partner: the International Automobile Federation which has chosen four really quick young women – the Brazilians Julia Ayoub and Antonella Bassani, Doriane Pin from France and the Spaniard Maya Weug – and they sent them to Maranello in November. An evaluation camp similar to the one set up for the boys was planned for them. Unfortunately, due to one of the girls testing positive for Covid-19, we had to put the programme, called “Girls on Track – Rising Stars”, on hold, but now we are ready to get underway again. The Camp will be held in Fiorano from the 11th to the 15th of January.

The latest activity linked to the FDA before the end of the year will be the Young Driver Test in Formula 1 in Abu Dhabi, with three drivers involved…

“Let’s say it’s a nice way to end? With the drivers in the top category. We’ll see Mick, Callum and Robert on track, each with different goals. Schumacher will start learning to work with his new team, the Haas F1 Team, and I think that having a whole day at your disposal is the best way to start to create the synergy that there should always be between driver and team. Ilott will be able to prove his worth once again at the wheel of the Alfa Romeo, while Robert will have his first outing in an official test session and what’s more at the wheel of a Ferrari. For all three it is like an end-of-year Academy exam, the nicest one of all.”

Are the programmes for 2021 already in place?

“Mostly, yes, but we will present them all when everything is ready. It will be fun next year too.”