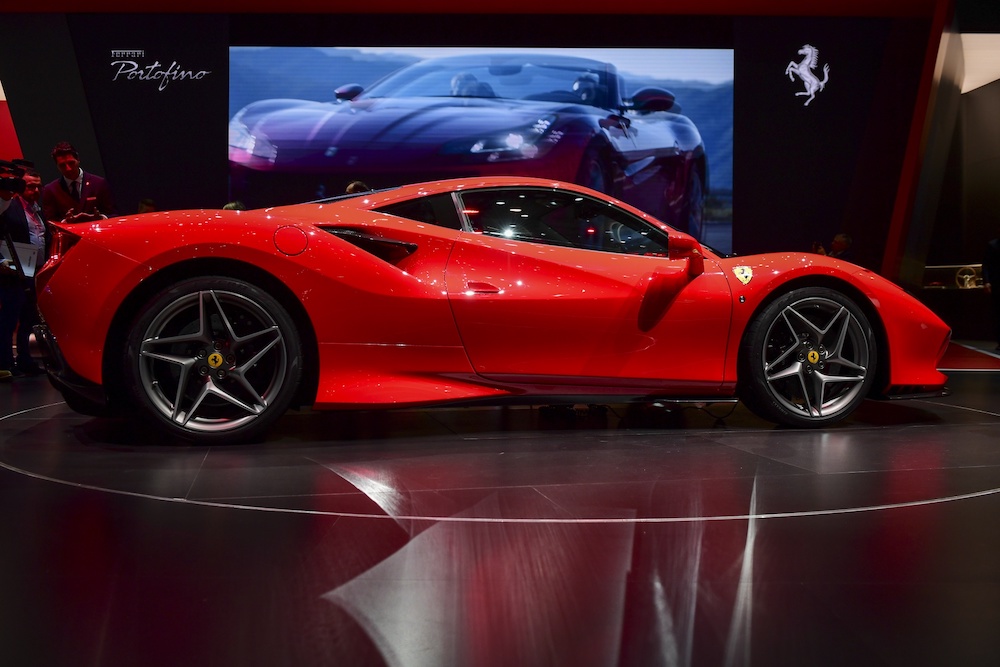 This report by Daniele Lepido first appeared in Bloomberg.com

Ferrari NV delayed a longstanding earnings target by a year due to the pandemic, adding to challenges for the supercar maker that has been without a permanent leader for almost five months.

The Italian manufacturer delayed plans to earn at least 1.8 billion euros ($2.2 billion) before interest, taxes, depreciation and amortization by 2022, saying it now plans to achieve this and other goals a year later. Ferrari shares plunged as much as 7.9% in Milan, their biggest drop in more than a year.
Chairman John Elkann is resetting expectations as he searches for a new chief executive officer following Louis Camilleri’s surprise resignation in December. Elkann, the Agnelli family scion and head of holding company Exor NV, said last month that Ferrari was making good progress in its search for a permanent CEO who will have the “technological capabilities” to lead the lead the company forward.

“Ferrari’s comments that its financial goals for 2022 are delayed by a year eliminates a well-anticipated overhang,” Joel Levington, a Bloomberg Intelligence credit analyst, said in a note. “Finding a suitable CEO who can maintain the company’s culture while transitioning toward electrification are meaningful challenges.”

Ferrari shares already had underperformed in early 2021 after leading the Stoxx 600 Automobiles & Parts Index each of the last three years. Rivals Volkswagen AG and Daimler AG are better capitalizing on enthusiasm around electric vehicles, although Elkann said during last month’s annual general meeting that Ferrari will unveil its first EV model in 2025.

The next CEO of Ferrari will inherit a company that’s been reluctant to abandon the internal combustion engine. A month before Camilleri stepped down for unspecified personal reasons, he told analysts he didn’t see Ferrari ever shifting to 100% EVs and ruled out the company moving to 50% electric in his lifetime.

Ferrari will adjust expenditures in response to Covid-19, Elkann said in a statement, which doesn’t give specific figures for the planned change. Adjusted Ebitda rose to 376 million euros in the first quarter, topping analysts’ average estimate of 368.3 million euros. Shipments in the period totaled 2,771 units, up slightly from a year ago.