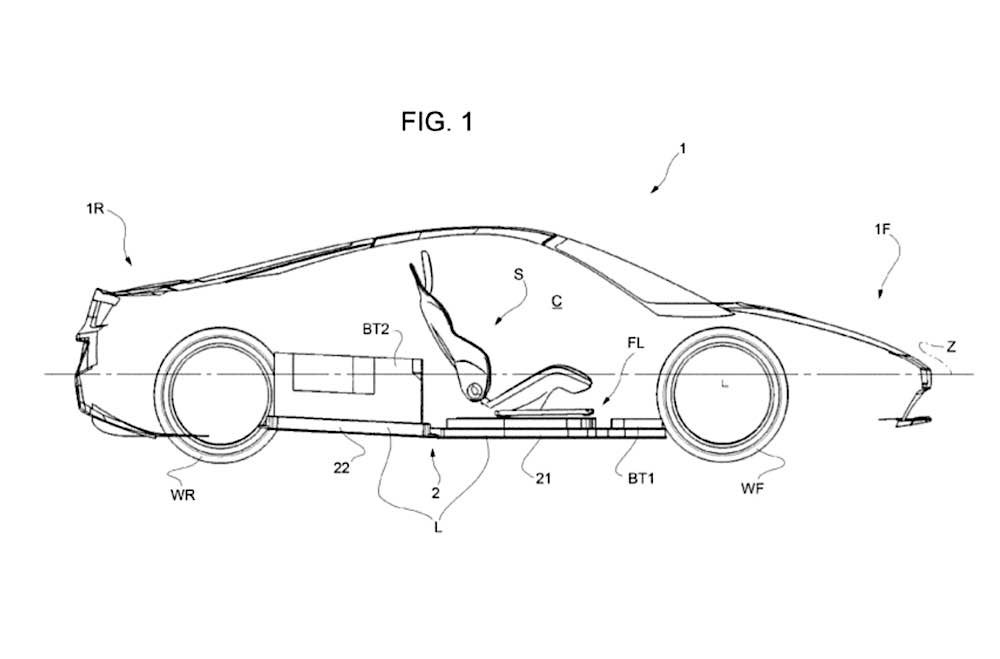 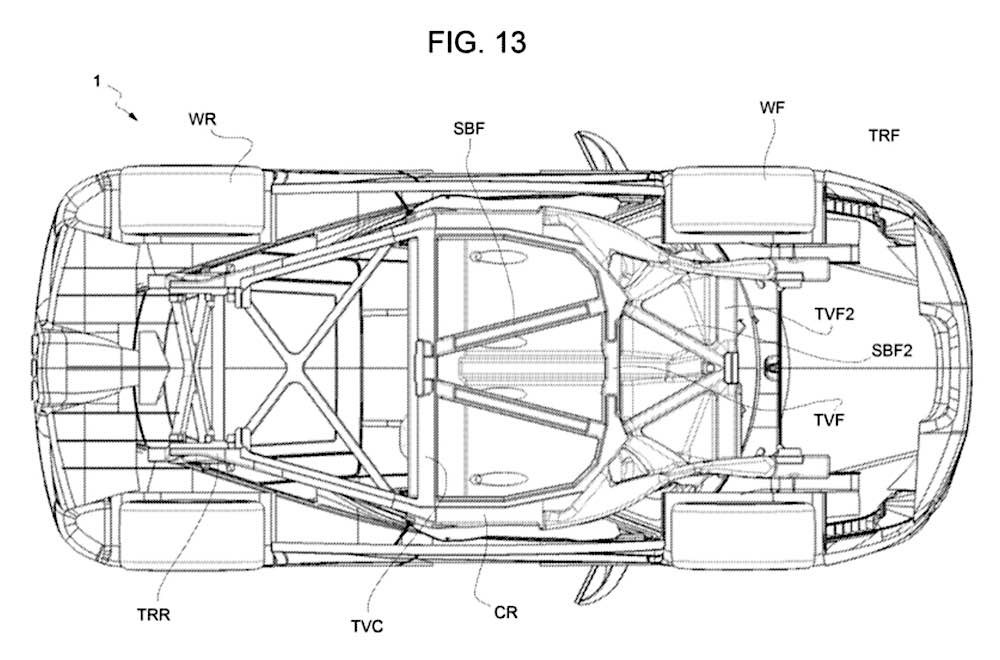 An indication of the overall vehicle structure. 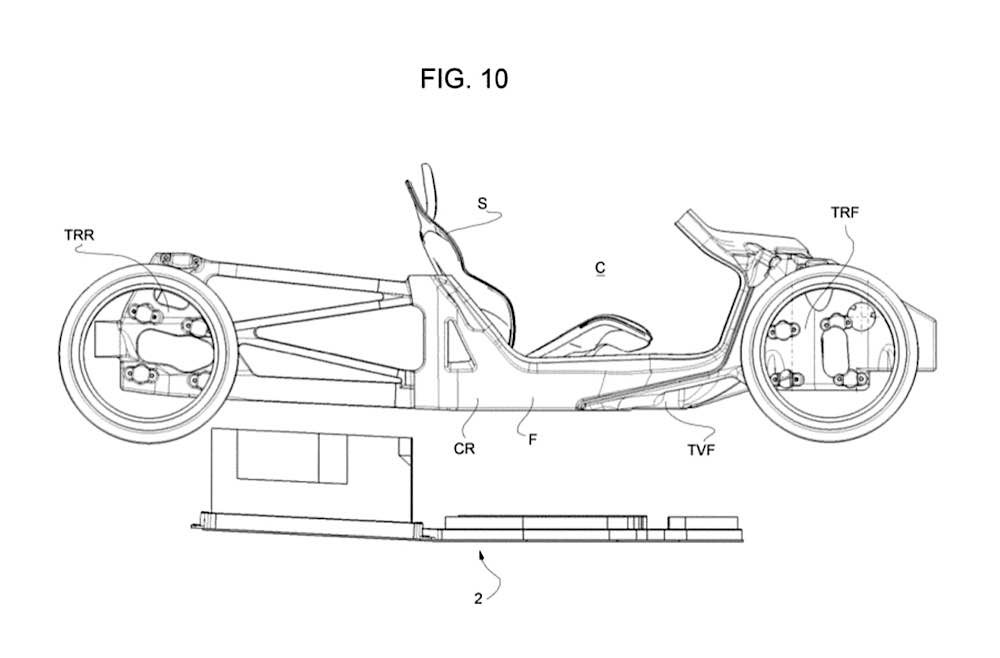 Weight is kept low, in the middle the car, results in balance and a strong structure.
The Prancing Horse wants to retain the mid-engined feel of its sports cars even when they will no longer burn fuel.
This report by Andrei Nedelea first appeared in InsideEVs.com.
Ferrari’s electric car project is shrouded in mystery right now, although we do know that it will debut after 2025, at least that’s what company officials said a while ago. We really didn’t know very much about it until The Drive came across these atent drawings from a filing submitted by Ferrari with the USPTO [US Patent Office] just a few days ago for what the Italian automaker called an “electric or hybrid sport car.”
The big takeaway from the drawing is that Ferrari wants to put the battery pack, the heaviest part of an electric vehicle by quite a margin, in the middle of the vehicle, where it currently puts the internal combustion engine in its sports cars. This midship battery pack design will help future electric Ferraris to still retain their characteristic mid-engined handling behaviour, even without ICE.

That won’t be the only battery, though, because there will also be some modules under the vehicle, which will most likely be connected together and be part of the big pack. Interestingly, Ferrari would retain this placement of the pack even in a hybrid vehicle, and it would move the internal combustion engine behind it or in the very front of the vehicle

Another important takeaway from the patent drawings is that the battery pack (and the subframe around it) actually seems to sit at an angle in the vehicle, or at least its rear edge kicks upward and this is supposed to have several benefits. Firstly, it helps with aerodynamics by creating downforce and it also helps with heat dissipation, but instead of cooling an engine, it will cool a battery pack.

Regarding the type of cells it will use in this battery pack, the manufacturer said it can accommodate all major types of cells: cylindrical, which is the most common, but also prismatic and pouch cells. It seems that the manufacturer wants to use a certain type for full EVs and another for electrified ICE models.

Ferrari already has one plug-in hybrid model in its lineup, the SF90 Stradale, which features a 7.9 kWh battery pack that gives the vehicle up to 16 miles (26 km) of pure-electric driving. Its mechanical layout is somewhat similar to what is sown in the patent drawings, but it is still an ICE vehicle with electrification, as opposed to an electric vehicle helped by an engine.