Ferraris at the London Concours 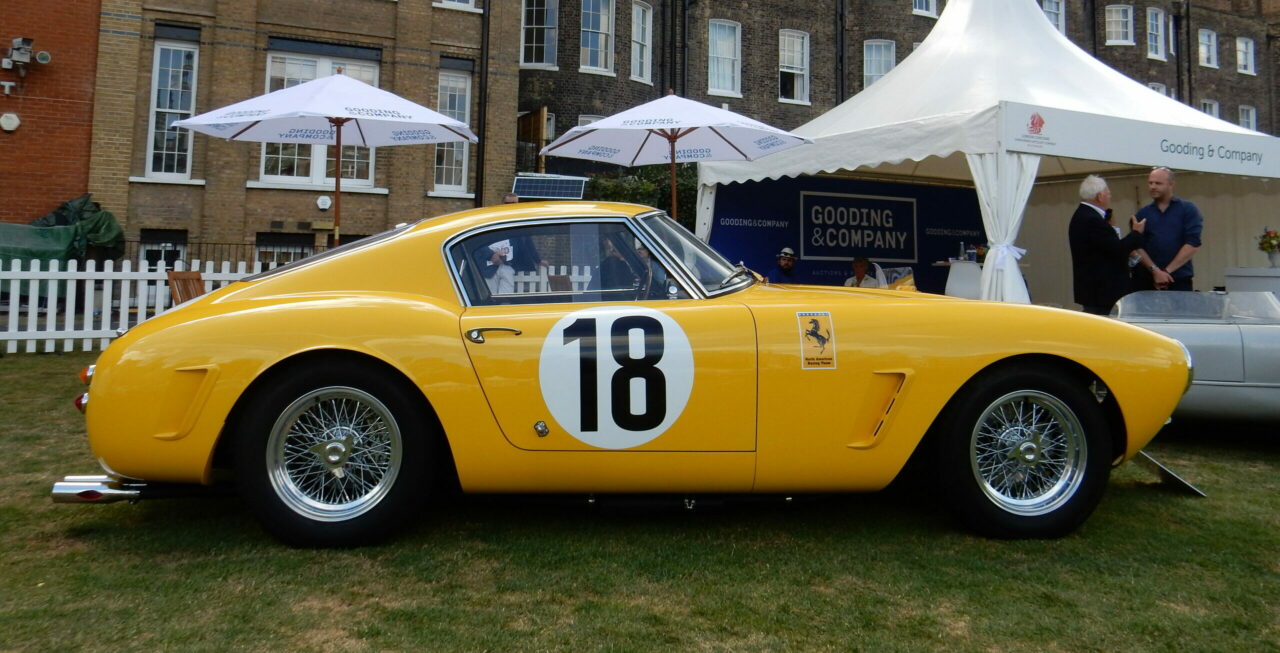 The serene green oasis in the heart of the hustle and bustle of the City of London, that is the headquarters of the Honourable Artillery Company, once again played host to the London Concours presented by Montres Breguet between 28-30 June.

The concours comprised of six classes spanning a broad spectrum of cars, they were The Italian Spiders, Fins & Chrome, Great British History, Great Marques – Mercedes, Japanese Jewels and Pursuit of Speed. From the class titles it can be seen that there was an eclectic mix of some sixty automobiles on display, with a number of rarities and iconic models within the number, along with perennial favourites like the Ferrari F40, F50 and Enzo, the Mercedes-Benz 300 SL in both Roadster and “Gullwing” form, the Lamborghini Countach and the epitome of fins and chrome, a 1959 Cadillac Eldorado Biarritz Convertible.

Apart from the six feature classes there was a Coachwork & Concepts display, The Collector display and an Ode to Ducati motorcycle display. The Coachwork & Concepts display encompassed a wide variety of offerings, probably the most spectacular being the 1996 Mercedes-Benz F200 Imagination, one of only two built, which was Mercedes take on the future at the time, it really stood out in its bright metallic turquoise paintwork and chrome wheels.

Further rarities in the display included the 2005 Bizzarrini Ghepardo, one-offs in the form of a 1974 Lotus Estralle estate car and a Rolls Royce Silver Shadow Pick-Up, together with a Mercedes-Benz 300 SEL 6.3 Crayford estate car.

The Collector Display this year featured the vehicles of Sukhpal Singh Ahluwalia, which within the diverse display included a Jaguar E-Type, an Aston Martin DB5, a Porsche 356 Speedster, a Ferrari 365 GTB4, together with a two wheeled antithesis, a Honda 90 motorcycle. The Ducati display comprised of nine examples, ranging from a 1971 750 GT to a 2014 1199 Superleggera.

Apart from the main classes and feature displays there were numerous trade and retail lifestyle displays, including Alpine with a pair of A110 models, together with a F1 show car, whilst Lotus displayed the Evija, Emira First Edition and their Eletre SUV. Bizzarrini showed their 5300 GT Corsa Revival model along with a P538 Continuation, with Caton showing their modern Austin Healey interpretation.

Presenting partner Montres Breguet had a pale metallic purple Lamborghini Diablo fronting their boutique, which featured a Montres Breguet clock inside. Gooding & Company previewed cars from their upcoming September auction at Hampton Court, these being a Rolls Royce Silver Ghost, a Bugatti Type 55 and a Ferrari 250 GT SWB Competition Berlinetta.

Further variety was provided on the final day with a display of supercars added to the field courtesy of the Drivers Union. These included a number of McLaren variants, Lamborghinis, including a spectacular electric blue Aventador, and Ferraris, within whose number were a trio of Testarossas, a 488 Pista and an 812 GTS.

Photos from the day

A selection of photos from the London Concours are available to browse on Flickr courtesy of Keith Bluemel.