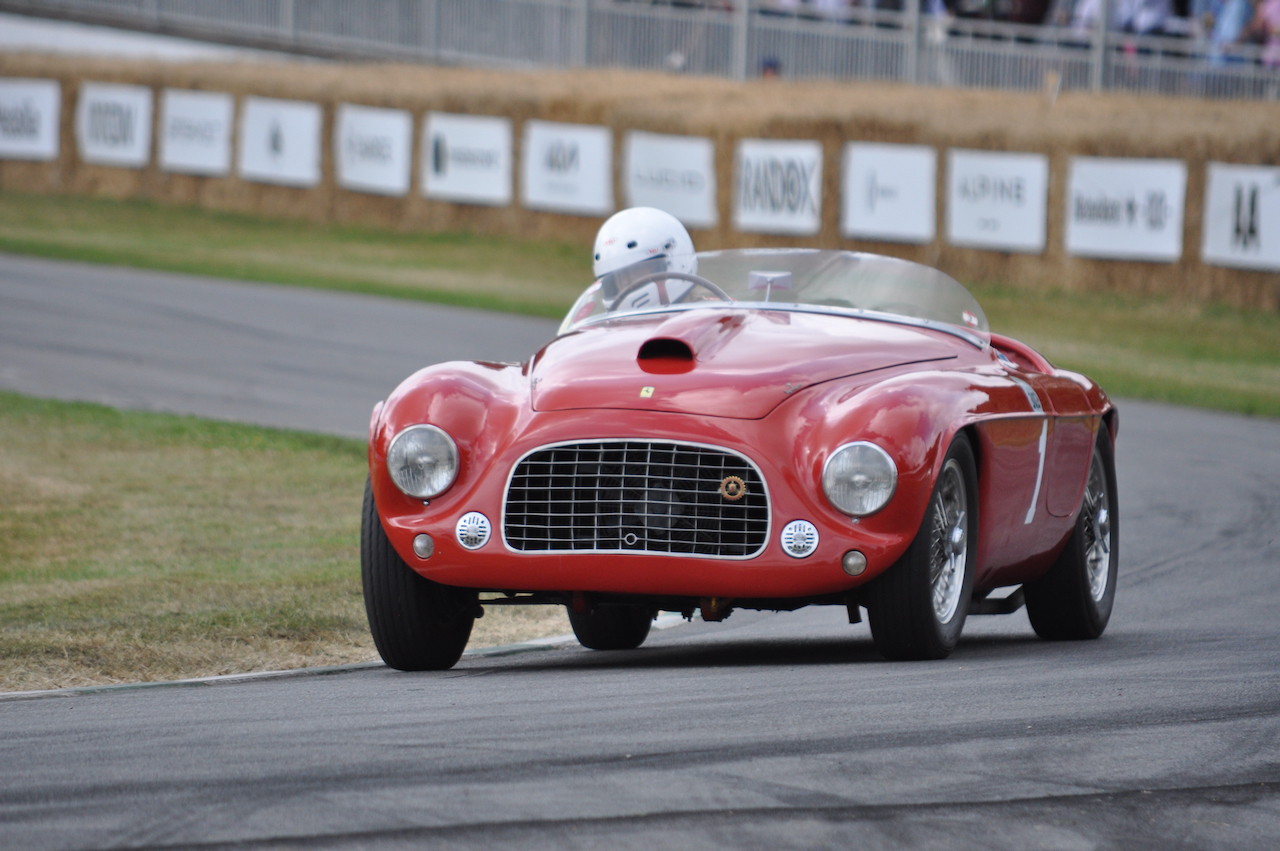 View photos from the 2022 Goodwood Festival of Speed on Flickr

The 2022 edition of the Goodwood Festival of Speed presented by Mastercard filled four days between 23-26 June with high octane, together with high voltage, action in the grounds of Goodwood House. The theme for this edition was “The Innovators Masterminds of Motosport”, with anniversaries of the first twin cam engine, 1912, the first superchargers, 1922, the first centre seat single seater, 1932, and the first F1 monocoque chassis in 1962.

Another year of the twos was 1992, when Wayne Rainey won the 500cc World Motorcycle Championship, whilst Nigel Mansell won the F1 Drivers’ World Championship, both being in attendance at the meeting. For Wayne Rainey it was his first time on a Grand Prix Motorcycle since being paralysed from the chest down following a racing accident in 1993. Nigel Mansell drove both his World Championship winning “Red 5” Williams-Renault FW14B that carried him to the 1992 championship, together with the Ferrari 639, chassis 106, the test car for the 640 model in which he won the 1989 Brazilian Grand Prix, his first race for Ferrari.

The main focal point of the event is always the sculpture on the lawn fronting Goodwood House, which for 2022 celebrated the 50th anniversary of BMWs legendary M division, with a Gerry Judah creation encompassing the history and future of the division. The soaring white arcs carried five M division cars through the years, comprising of the 3.0 CSL “Batmobile”, an M1 Procar, an E30 series M3, a M1 and the first showing outside of BMW of the LMDh prototype in a special 50th anniversary camouflage livery, a car which is planned to make its race debut at the 24 Hours of Daytona in 2023. There was also a special class for M series models in the hillclimb schedule, which apart from the models already mentioned also featured the 1999 Le Mans winning V12 LMR, BMW V12 engined McLaren F1 GTRs, a Z4 GT3 and a Group 5 320 Turbo, to name but a few. Examples of the McLaren F1 also formed a class, Murray’s Masterpiece”, in the Cartier Style et Luxe Concours.

A further major celebration was the 75th anniversary of Ferrari, with an expansive entry list, which ranged from the factory built re-creation of the 1947 125 S model, through to a 458 GTE EVO as raced at le Mans this year. Along the way there were many iconic models, including F1 cars, sports racing and GT cars, with examples of both the pontoon-fender 250 Testa Rossa and 250 GTO amongst their number. There were also current production and limited edition track-only models in the Supercar run, including a 599 XX, a FXX K EVO, an 812 Competizione, a Monza SP2, a client’s one-off SP38, plus two examples of the latest model in the Icona series, the Daytona SP3.

There was also the 166 MM Barchetta driven by Sally Mason-Styrron, which was the first car to go up the hill in her hands at the very first Festival of Speed in June 1993. As if this wasn’t enough for fans of the Cavallino Rampante, there were also two Ferrari classes in the Cartier Style et Luxe Concours, one of which was for front engine classic models, which included a 250 Europa, a one-off Michelotti bodied 330 GT, a 250 GT TdF Berlinetta, and a 500 Superfast. The second class comprised of the full range of supercars, namely a GTO (288), F40, F50, Enzo and LaFerrari. There was also a Dino 206 GT in the Centre-Piece class.

The action entertainment spanned the main hillclimb, the rally stage, the off-road course and the action sports arena, whilst Jaguar entertained passengers on their own track with passenger rides in tyre smoking F-Types, as did even more so the drift car action on the track in front of Goodwood House. Apart from all the various types of action in these localities there was the previously mentioned more gentile Cartier Style et Luxe Concours d’Elegance, the Future Lab presented by Randox, the First Glance display by Heycar featuring a variety of concept cars, Electric Avenue presented by Pulse, whilst BMW had their own electric models display in the stable yard.

Then high in the sky there was the always spectacular Red Arrows aerobatic display team, plus a Bonhams auction, live music stages, all the various manufacturers’ stands, including McLaren with their new Artura and Rolls Royce with a display of Black Badge Ghost models and of course the always popular expansive vendor areas. The younger generation were also well catered for with the Thakeham Family Enclosure, where children had a wide variety of activities to enjoy, including using full size mechanical excavators in a treasure hunt. Porsche also catered for young children in its Experience Centre, with a play area and a colouring wall.

2022 saw a new record claimed for the fastest time up the hill, with the diminutive McMurtry Spéirling (Irish for thunderstorm) driven by Max Chilton. This electric powered car looks like a cross between a mini Batmobile and a sports prototype, and features a 60kWh battery pack powering the electric rear axle, but unlike most electric cars this one isn’t silent. The noise it emits is a deep roar from the twin fans that generate 2000kgs of downforce from stationary, whilst the weight of the car is less than 1000kgs, resulting in a sub 2secs 0-60mph time and a top speed of over 200mph. Max Chilton piloted the mini projectile up the hill in a record breaking time of 39.08secs, which eclipsed the previous record of 41.6secs by 2.52secs, which was set by Nick Heidfeld in a McLaren MP4/13 23 years ago in 1999.

For those fortunate enough to be one of the circa 1600 guests at the gala dinner on the Saturday evening, there was a spectacular post dinner firework display, which was followed by music from the rock band “The Darkness” and then a discotheque for those who had the stamina to party into the early hours!