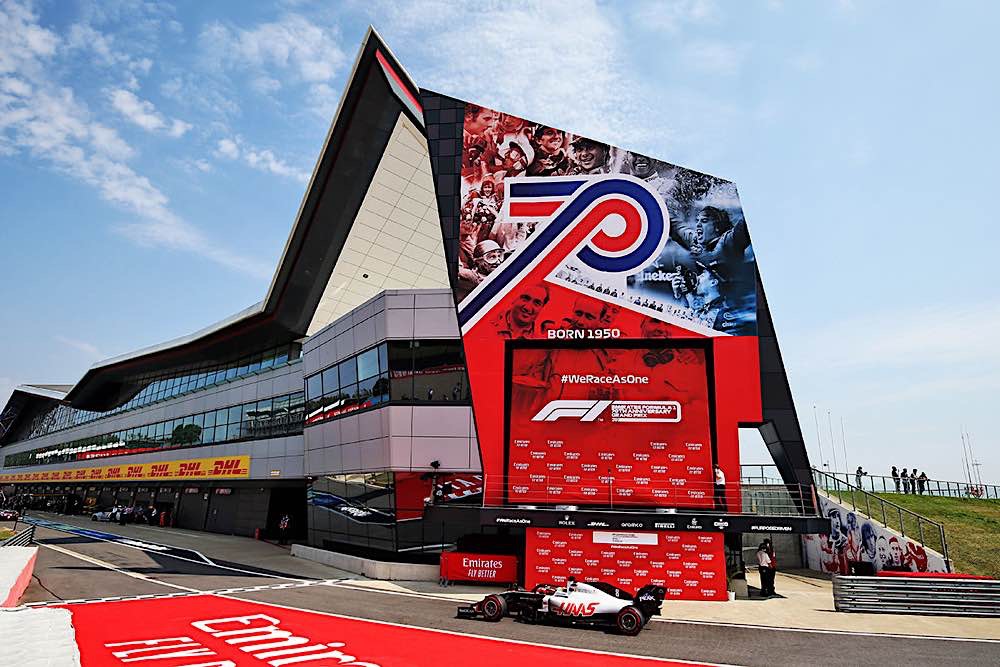 70 years of F1 was commemorated by a tense race 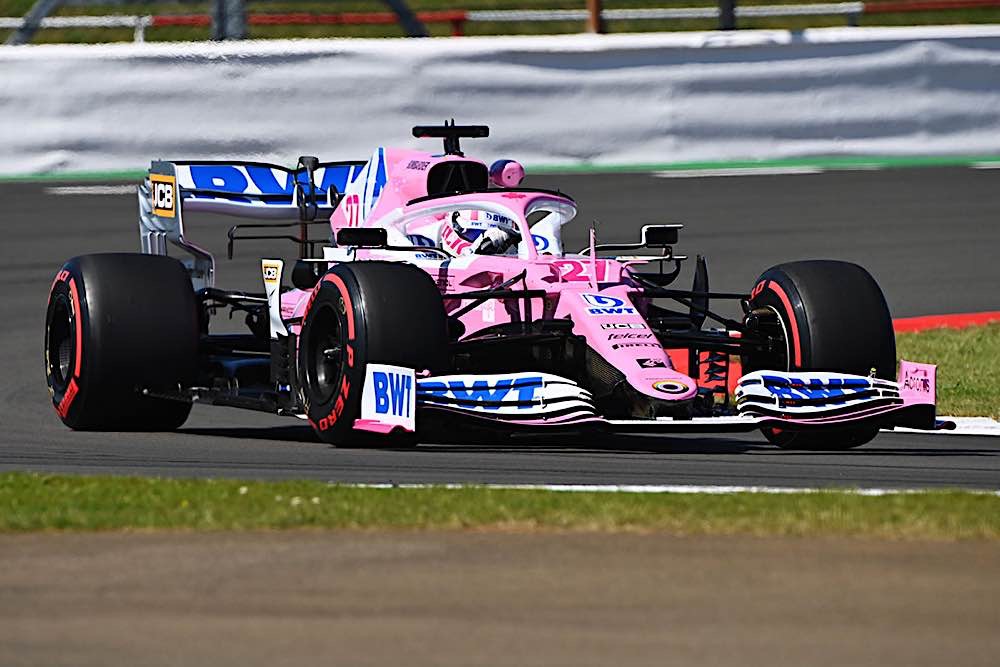 Could anything be more interesting than brake ducts? 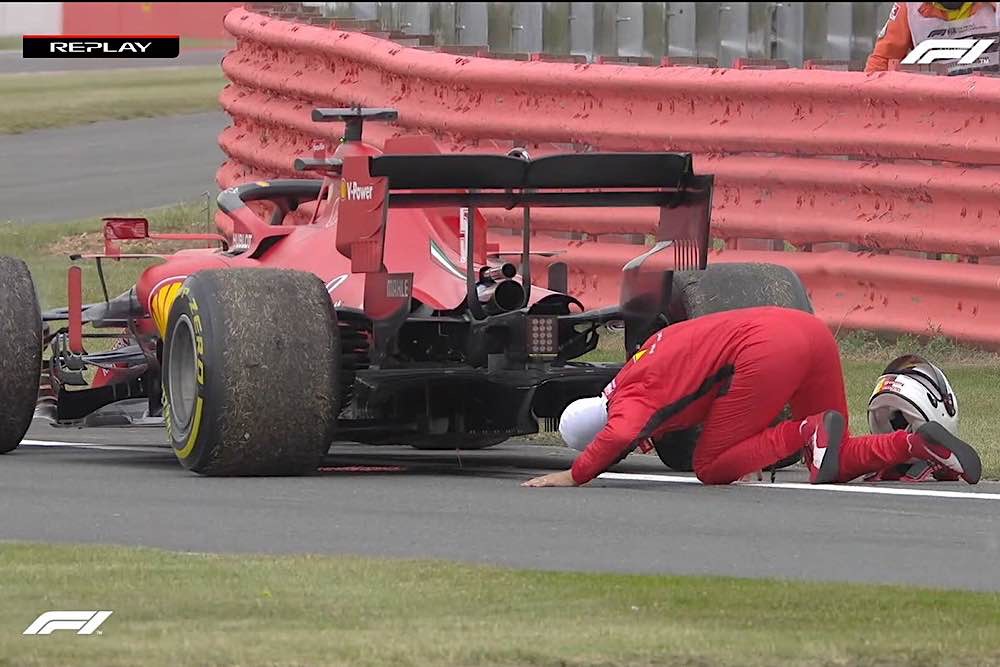 Until the last few weeks I hadn’t given brake ducts much thought. They were some vague bits which directed cooling air onto the disks. Well it seems that there is a bit more to it than that. One of my technical friends told me that it is one of the key areas of the F1 car, which may explain why Renault got so heated about Racing Point using Mercedes-designed ducts, and protested to the FIA. In fact the FIA itself says “The BDs had an enormous aerodynamic effect and …. they require(d) significant wind tunnel resources to develop.” It hadn’t occurred to me before, but can I speculate that these ducts in some way use the heat energy absorbed by the brakes to accelerate air and provide downforce during braking?

By now everybody is aware of the minor wrist slap RP got of 15 points deducted and a £350k fine – the FIA equivalent of a speed awareness course.  To try to understand what was going on I read the 14 page FIA judgement on the case, and if you have time I recommend it (download here).

The background is that in 2019 it was legal to use bought in designs for brake ducts (“BDs”); in 2020 it isn’t. RP had bought Mercedes BDs, but crucially had used only the fronts. The 2019 RP had used a high rake aero concept, rather like Ferrari, whereas Mercedes use a low rake (long wheelbase) concept. The ducts are critical to the aero design; they won’t work if the wheelbase is a bit longer. Accordingly, the 2020 front BD’s could be argued to be RP’s as a development of 2019 parts used. But the use of the Merc 2019 rears on the RP (universally accepted as a reverse engineered 2019 Mercedes) cannot be argued as being developed from a previous RP part. The suggestion that, at great effort, the drawings had been painstakingly copied into RP’s CAD system, was not accepted as original design, possibly because the stewards had heard of cut-and-paste and scanning, but more likely because they understood the word “copy”.

However, the FIA then had a few problems. Technically, the BDs complied with the regs. It was Sporting  Regulations that had been violated and, like losing virginity, once the design lesson has been learnt it can’t be unlearnt, so insisting on a redesign would be futile. More embarrassingly, the FIA had seen the car in March to discuss its similarity to the Mercedes, and hadn’t picked up on the problem. Hence the half-soaked punishment and a commitment to reprimand RP every time they use the parts. Which will be every time they race.

The penalty has been indignantly appealed on both sides and has led to some hilarious bickering.  RP chair Lawrence Stroll has taken severe offence at the implication of cheating and has threatened to open some worm cans. Mercedes main board, longtime renowned for their fun-loving approach to life, must relish being branded partners in cheating.  Meanwhile, Renault are being vigorously supported by Mr Horner at RedBull, who are currently sponsored by Aston Martin (Chairman L Stroll and users of Merc engines in their kit-cars). Also critical of the leniency are McLaren, about to switch to a Merc engine. So that will start the partnership on a good footing. Rest assured, this one will run.

By comparison, could the race have as much interest and excitement as a brake duct? Well, yes, provided by excitement you mean strategy, tyres, pit stops and DRS, and not boring old motor racing.

Pirelli’s answer to the tyre failures of last week was to use softer tyres, making a one-stop early in the race practically impossible, and to require higher pressures, reducing the risk of failure. It also produced a soft which appeared delicate to say the least. There was therefore a lot to think about for the teams. Mercedes appeared to get grip back by running a little more camber on the wheels than their main rivals RedBull , which resulted in pole and second, this time with Bottas on pole. RedBull, however, played a blinder. With a more conservative setup they ran Verstappen on hards in Q2. He squeezed into Q3 as 9th, but then qualified 4th and could start on hards.

It looked as though Racing Point had followed Mercedes in an aggressive qualifying setup, because they were 3rd (Hulk) and 6th (Stroll). If anything, this emphasised the paddock’s concern about the car; Hulk is good, but at the level of, say, a Webber, rather the level of a Vettel. To qualify 3rd shows how embarrassingly well they’ve copied the Merc. The rest of Q3 was fairly mixed, with Ricciardo a creditable 5th, Gasly 7th, and Charles 8th, making the most of the reduced aero on the SF1000. Albon and Norris completed the top 10.

We know from reputation that Seb likes a car with a planted rear, allowing early use of the throttle. With the current chassis setup, this doesn’t seem to be an option and he looks consistently uncomfortable: “I struggle in lower speed and medium speed corners.” Despite a run on softs, he failed to reach Q3, which had the advantage of a free tyre choice for a start from 11th, moving up one from qualifying when Ocon was penalized for obstruction.

Laurent Mekies, Sporting Director, was commendably frank: “There can be no doubt this was a poor qualifying performance… we have taken a step back in terms of competitiveness.”

The start was one to forget, with Charles dropping two places behind Alex Albon and Lando Norris. Seb suffered from not having the balance he enjoys and lost control of the SF1000 while fighting through turn 1 with Albon and had to start all over again from the back of the pack. As those who had chanced softs in Q2 pitted as early as lap 6, Charles on the mediums and Seb on the hards were able to move up the order.

Charles was one of the last medium runners to pit on lap 19, rejoining on hards, which in a very brave strategic move he ran to the end, rising as high as third but, as we shall see, passed by Hamilton to finish fourth, a placing that resulted from clever team thinking and a driver who can adapt to circumstances.

Seb came in three laps later but after rejoining found himself in the middle of a train of cars and so the team brought him in again on lap 33, which allowed him to get ahead of Carlos Sainz in the McLaren. He finished in 12th place.

Bottas’s pole was wasted because the Mercedes, on mediums with a lot of camber and always harder on tyres than the Red Bull, gobbled up the rubber with visible blistering. BotHam pitted on laps 13 and 14, which allowed Verstappen, who had beaten Hulk at the start, to take first. He had resisted his engineer’s advice and chased the black cars hard. This proved to be a justified choice as his tyres lasted to lap 26, by which time he had enough lead to rejoin just behind Bottas, for about a corner, and then stormed back into the lead. Unlike our own Charles, necessarily using a considered, careful strategy, Max was all out exuberance,  and with a chassis well suited to Silverstone’s sweeps it paid off.  He dropped behind Hamilton on lap 32, when he took on hards, but when the Merc stopped for a final shot of rubber, he retook the lead and held it to the end for a deserved and popular win.

It was now that Hamilton, on fresh hards, passed Charles for 3rd and set off inexorably for his team mate, who he passed on lap 50. Bottas wasn’t happy with a strategy that led to this, though in reality he could probably have been fighting for the lead had they taken less dominance in qualifying by trading grip for longevity.

Hulk must have had very mixed feelings. Unlike last week, he finished the race, but was surprisingly called in for new tyres on lap 45 while in 5th. By an inexplicably strange coincidence this put Lance Stroll into 5th. Albon, showing a lot more maturity with a better car this week bravely passed Stroll around the outside at Copse, leaving the subsequently reprimanded Racing Points in sixth and seventh. A one stop for Ocon was rewarded with eighth, Kvyat was 10th while Lando Norris was a bit less of a last lap hero this week with 9th, having been there for 16 laps.

An interesting afternoon, but when there’s joy for a fourth place won by strategy and tyre preservation you know times are hard for the team.