GRAND PRIX: Australia: Not Good for the Scuderia 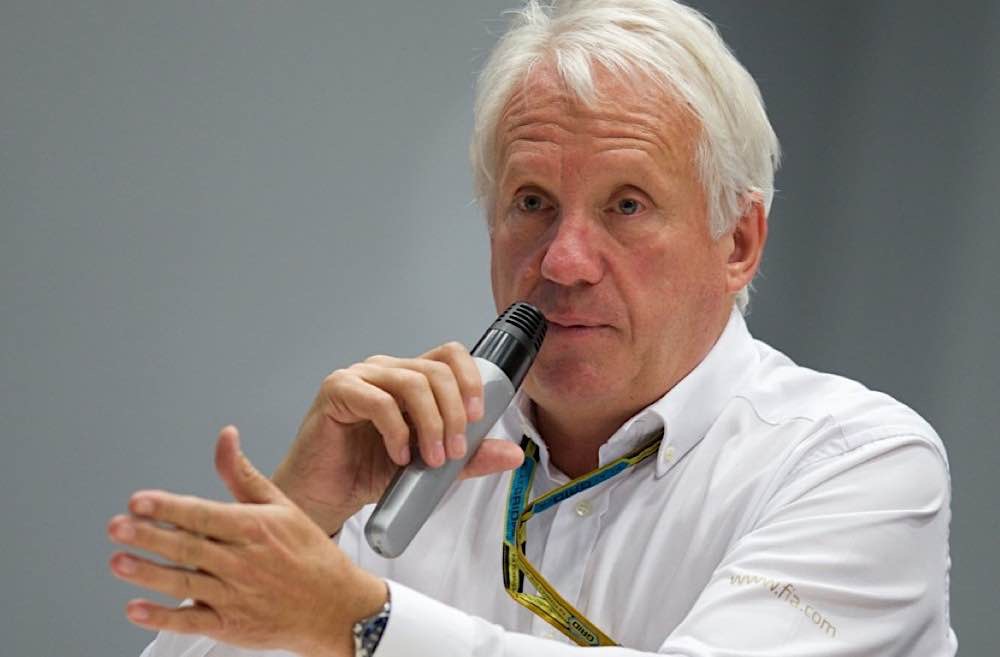 The calm guiding hand of Charlie Whiting will be missed by paddock and fans alike. 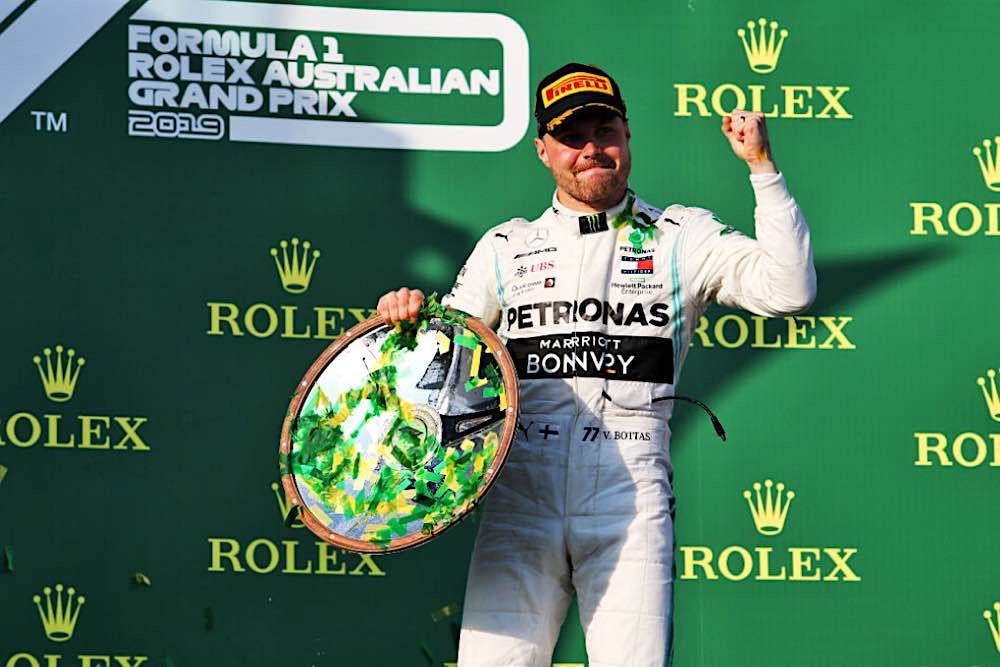 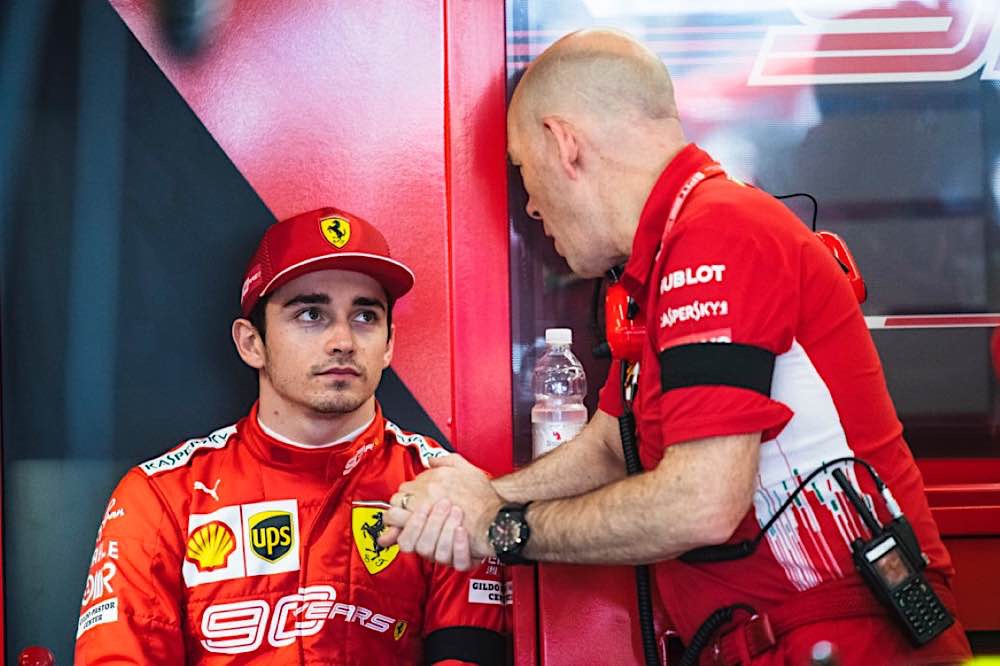 Leclerc did not disappoint

Well, that wasn’t supposed to have happened…

With pretty good pre-season testing form the Ferraris seemed to be in the game by the time they got to the first Grand Prix of the 2019 season, but instead they got hammered by the dreaded Silver Arrows. Both in qualifying and the race the Mercs were clearly quicker, and even more worrying was the form of the newly-Honda engined Red Bull in which Max Verstappen easily passed Vettel to claim third place.

Maybe it was just a one-off hiccup and at the next race in Bahrain things will be more balanced, but somehow I am already getting worried… Vettel was 0.7secs off Hamilton’s pole time, that’s night and day in my book.

We had of course a new driver in the team, and Charles Leclerc acquitted himself well on his Ferrari debut, probably about where Kimi Raikkonen would have been. Also new was the team boss, with the taciturn Arrivabene having to fall on his sword for the failings of 2018. He was also a PR disaster with his refusal to interact with the media which led to some retribution from journos who liked to be granted the odd interview. The new man was the long-time Ferrari employee (since 1995) Mattia Binotto who had worked his way up via the engine department and then became technical director in 2016. He was credited with much of the improved performance of the F1 cars in the last two years, but he did not get on with Arrivabene and it was a case of ‘him or me’.

The rest of the paddock also had a bit of a new feel to it, with a number of new drivers, sponsors, colours, but the same BS as always. The corporate drivel market was in full swing with some of the announcements during the close season. How about this from McLaren when they announced sponsorship from BAT: the partnership would be “centred on accelerating BAT’s transforming agenda, leveraging its portfolio of potentially reduced risk products, aiming to deliver the world’s tobacco and nicotine consumers a better tomorrow”. A better tomorrow, with a fag on the go?

Pride of place for ‘interesting sponsors’ must go to Rich Energy who suddenly tied up with Haas. Yes, I hadn’t heard of them either but apparently they have ambition to unseat Red Bull from the energy drinks pinnacle. Even the usually sycophantic racing press rubbed their eyes a bit, as scepticism abounded. I’ve been to my local Tesco, Sainsbury, Waitrose and Morrisons but there’s not a tin on the shelves that I could try.

Ferrari also got themselves in a spot of bother with their new ‘Mission Minnow’ branding, which was felt to be subliminal advertising from Philip Morris (fags again) but it was quietly dropped prior to the Grand Prix.

In addition to Leclerc there were some new drivers, mostly from the excellent GP2 series. Lando Norris moved to Mclaren, Alex Albon to Toro Rosso whilst poor George Russell had the misfortune to end up at Williams who were in all sorts of trouble with their car. Taking endless pay drivers is coming home to roost and the engineering excellence has long departed from the team, who got rid of their tech. director Paddy Lowe after two fruitless designs from him. And as much as I admire the sheer determination of the returning Robert Kubica it makes no sense whatsoever to take a driver who is still handicapped from his rally crash years ago and who has been out of F1 for 9 years. But Polish dollars are as good as any… I hope Williams survive all this but I have my doubts.

As a race it wasn’t one of the best. Hamilton fluffed his start and Valtteri Bottas shot into the lead, increasing it lap after lap as his team mate dropped back with a broken floor that was upsetting the aero balance. Ferrari tried an undercut against Hamilton with Vettel but his second set of tyres were awful and he slipped away, first being caught and passed by Verstappen and then he had Leclerc cruise up to the back of him. But Ferrari held their drivers in position, having already said that Seb was their ‘priority’.

Verstappen drove an excellent race. Once past Vettel he stormed up to the back of Hamilton but, alas, with the usual aero problems he was not able to slip through and had to finish a second or so behind.

As for the B-class runners it was Magnussen who had a lonely race in the Haas to finish sixth ahead of the ever-reliable Hulkenberg in the Renault. The eagerly anticipated debut of Daniel Ricciardo in the Renault team went a bit awry at the start as he got onto the grass and ripped the nose off on an unseen gully. All the rest of them frankly ran as expected and there wasn’t much excitement there. The Force India team which multi-zillionaire Laurence Stroll bought for his son Lance, now imaginatively renamed Racing Point, had a reasonable result with the boy in 9th although team mate Perez could do no better than 13th. And Kimi did ok as well, putting his Sauber/Alfa into 9th on the grid and finishing the race in 8th.

At the front Bottas cruised round to an untroubled win, by over 20 secs from Hamilton who had Max looking over his shoulder all the way to the finish. The Ferraris were well and truly out of the picture, with Vettel nearly one minute behind the winner. And Max’s Red Bull Honda finished in front of them… As I said earlier, that’s worrying.