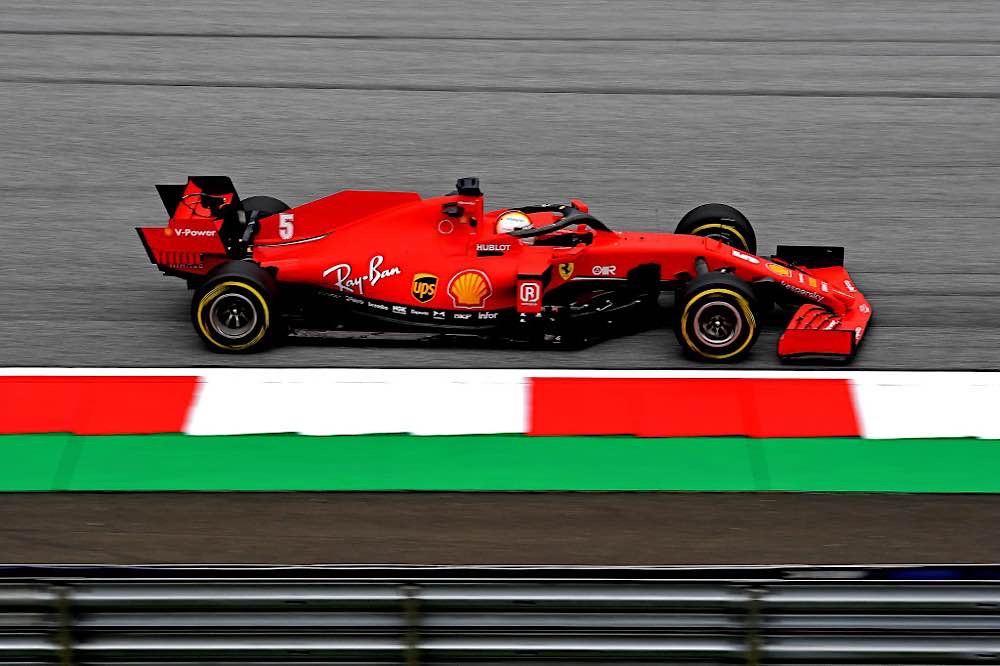 The looks of the car belied its performance. 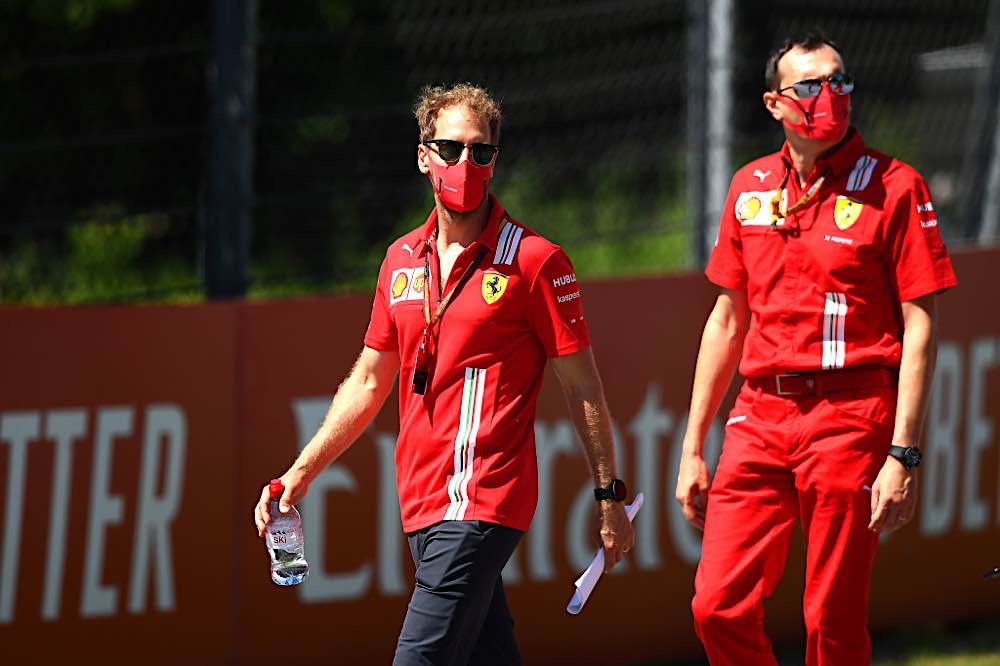 Face masks defined the event, as they will for many races. 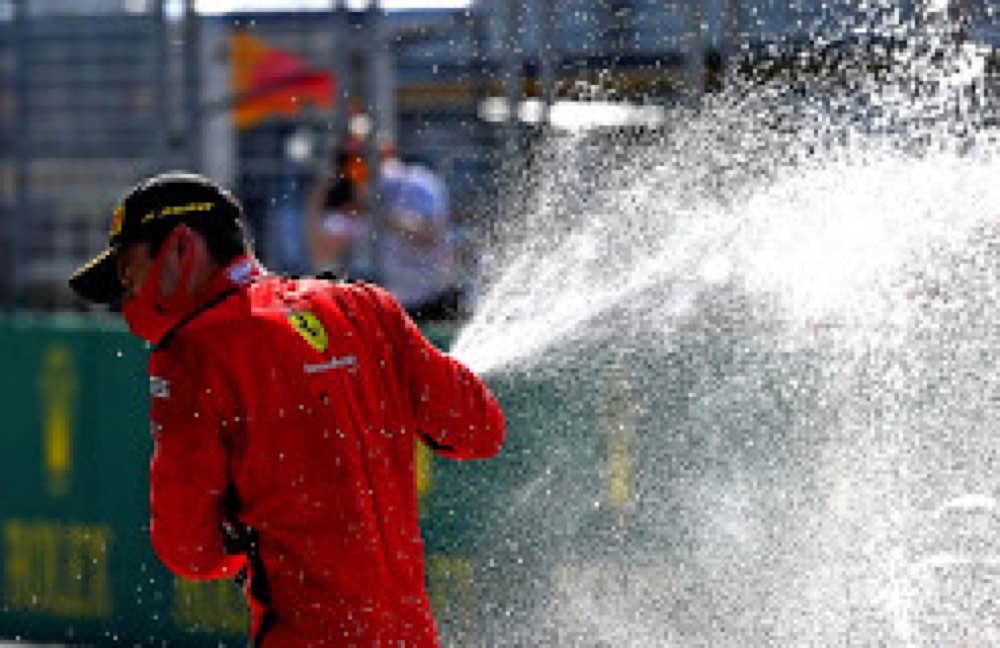 "How did that happen then?"

Like every other major sport Formula 1 contorted itself virtually into extinction when the Covid epidemic took hold across the world. A sport as lavish and as rich as this almost foundered when faced with the reality of zero income for months on end, maybe even the entire season. Even the Formula 1 group itself feared for its existence as race after race was cancelled, and the weaker privately-owned teams showed the strain.

The once mighty Williams team became the first to cry ‘enough’ and put itself up for sale, its business model based on limited-talent pay-drivers unsustainable. The old enemy McLaren was next as its bondholders squabbled publicly about where to get some funding from, and Racing Point was only saved by the deep pockets of the Stroll consortium who had earlier in the year prised it away from administrators and turned it into Mercedes Mk 2.

With all this as background it was a brave decision to try and make the Austrian GP the first race of the 2020 season, especially when the UK Government then announced the 14-day quarantine rule but this became another U-turn when it was peremptorily overturned, thus allowing the largely UK-based teams to return home without going back into self-isolation.

The race weekend finally went ahead amongst a raft of anti-Covid measures, with our racing experience being enriched with talk of bubbles, temperature testing, social distancing, tastefully decorated face-masks and, of course, the ubiquitous microphones at the end of long wobbly poles. A bit like in Terminator the various bubbles merged into one on the grid, making a bit of a nonsense of social distancing as teams intermingled as their cars were at various places on the grid.

Still, it was all a good effort and at least we could have a Grand Prix at one of the best tracks of the season, but what was not such a good effort was the sheer lack of pace of the Ferraris. Ever since their ‘confidential agreement’ with the FIA over what was clearly an engine, er, mis-interpretation they have been off the pace. In Austria this was brought into sharp focus as they were some 1sec per lap slower than last year, in a lap that is already pretty short at just 1m 2sec for pole. There was no hope for them in qualifying, with Leclerc 7th on the grid and Vettel even missing the final cut to start down in 11th.

The team lawyers were busy, as so often. The much-threatened protest against the Merc DAS steering wheel system went ahead, filed by Red Bull, but got nowhere, and there were continued grumbles that the Racing Point looked suspiciously like the 2019 Mercedes. Perez underlined the speed of the car by putting it 6th on the grid, and even Lance Stroll managed 9th…

Situation normal at the front: the Mercs were half-a-second quicker than anyone else, with Bottas driving perfectly to get ahead of Hamilton, the cars looking a bit forlorn in their BLM-inspired black colour scheme rather than the crisp silver we had become used to. Making it even more awkward for Hamilton was the 3-place penalty for a yellow-flag infringement, which dropped him to 5th on the grid, but interestingly it put Verstappen onto the front row.

As a race it threated to be dull, with the Mercs pulling away easily at the front, especially after Verstappen retired after just 11 laps. But then it increasingly got better, with retirement after retirement, as well as some daft driving and safety cars, plus the delightful warnings that the Mercs were rattling their gearboxes to pieces over the vicious kerbs at the exits of some corners. Performance-wise the Ferraris were nowhere although Leclerc gradually moved up as no less than 11 cars retired and, somewhat amazingly, he finished second after Hamilton was given a 5-sec penalty for driving Albon off the road. Vettel got stuck down the field and spoilt any chance of taking advantage of others’ misfortunes when he collided with his replacement Sainz, spun and could only finish 10th, one place ahead of Williams debutant Nicholas Latifi who was the final runner.

It was pleasing that some of the recent newcomers had impressive outings, none more so that Lando Norris who put his McLaren into 4th on the grid (which became 3rd after Hamilton’s penalty). He then drove brilliantly to wrest the final podium spot from the Merc driver after his penalty. Norris needed to finish within 5 secs of Hamilton and this he did on the very last lap with a new lap record and made it by just one-tenth of a second. I reckon the Merc pitwall team were fast asleep for not recognising this situation and telling their boy to get a move on at the end.

It’s a double header at the Osterreichring so they have to do it all again next weekend. Maybe a few things will change amongst the midfield runners, but two things won’t: The Mercs will still be the quickest by far and the Ferraris will languish. It hurts me to have written that.