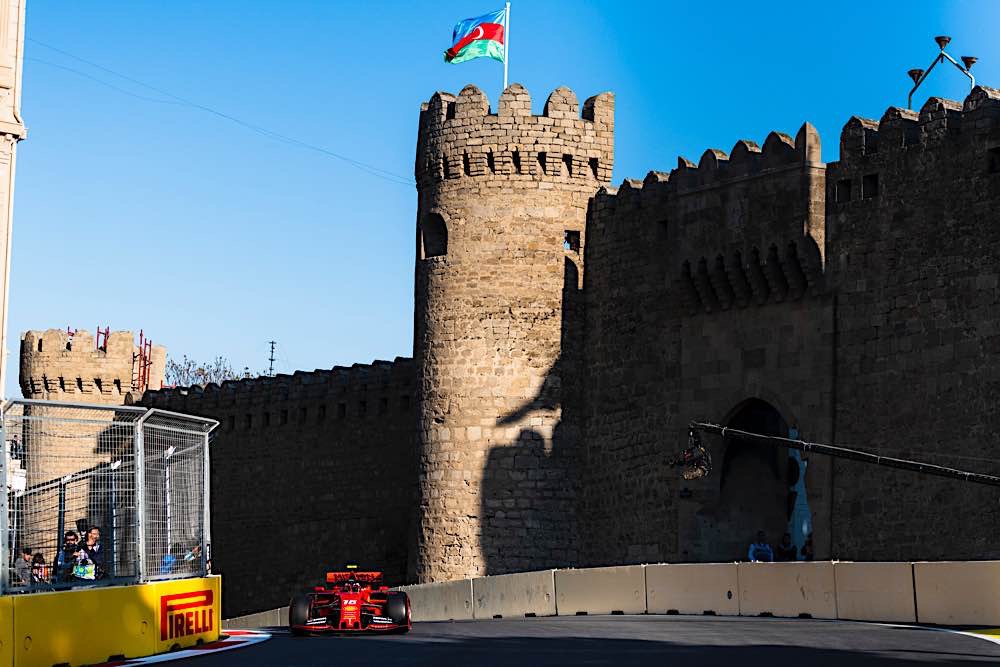 Old Baku is a historic and beautiful venue 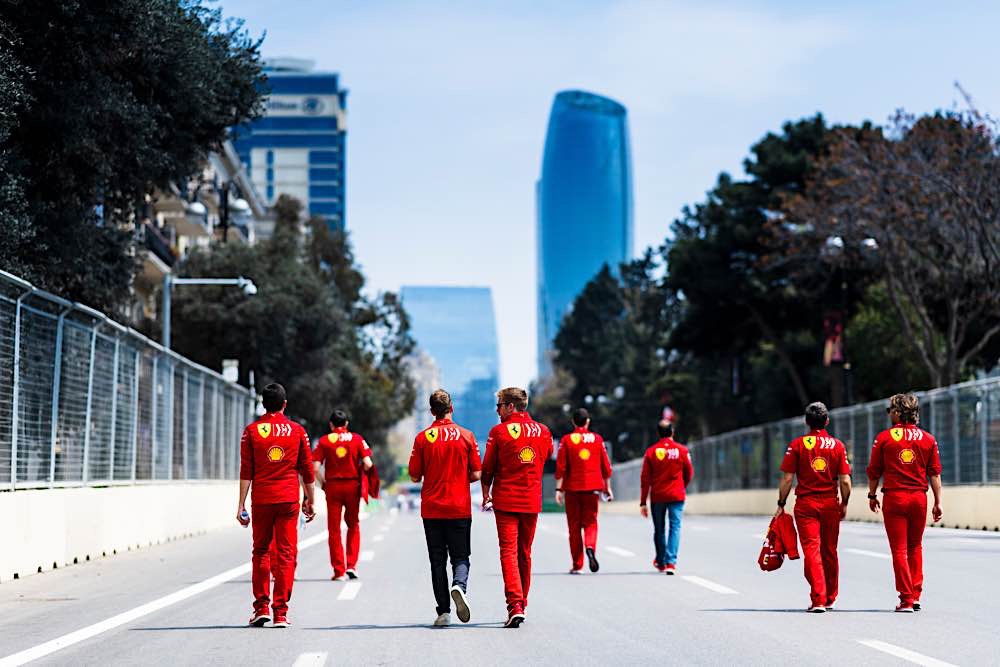 The "modern" section has a very long straight 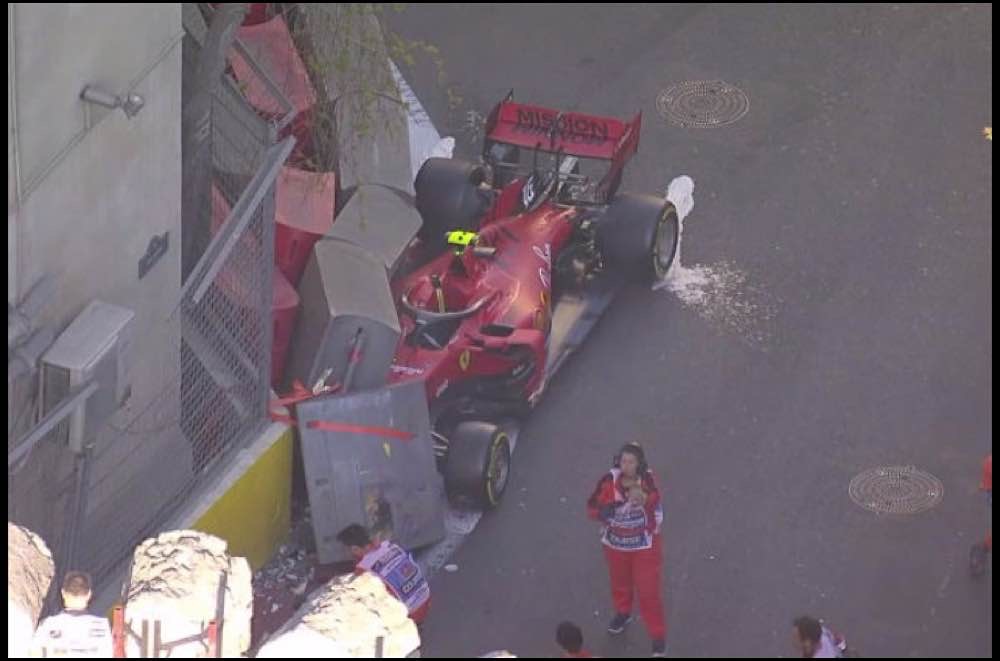 The moment when it all went wrong

As usual, I had to look up where Azerbaijan is. Conveniently located between Iran and Russia, on the Caspian Sea, with oil resources, it looks the ideal place for sun, sand, sea and a small war. Selling its credentials must be the commercial reason for a Grand Prix. Certainly, the track gives the lie to the age-old maxim that “Monaco would never be accepted as an F1 track if it wasn’t for the history”.   Yet Baku, with 2/3 of the track being an uninteresting but very fast rectangle, is approved despite a very tight “historic centre” section. And it was the tightness of that centre section, in particular Turn 8, which determined the result of the race.

Leclerc had the race nailed in practice. “I love this track” he said on Thursday, and nobody was remotely near him. His Ferrari was so far ahead and suited to the track that mediums seemed the tyre to use. And then Kubica crashed at Turn 8 in Q1. This led to a delay, and the temperatures cooled. As a result Charles unfortunately just lost it while on a hot lap. It was unfortunate because any more of a loss and he would have taken the escape road. But he tried to hold on, and hit the barrier. As a result he started 8th, not on pole. The boost to 8th was because Raikkonen was disqualified for a wing infringement, while Giovanazzi had a power unit change penalty. Also starting from the pitlane was Gasly’s Red Bull due to  exceeding fuel limits, adjusting the standard ECU, a replacement gearbox and failing to stop for a weight check. One reason sounds unfortunate, four is beginning to look careless.

Back in Q3, Seb tried to get a tow from the Mercedes. Suddenly, they “needed to calibrate their clutches” so pulled over. As a result, he was third. The Mercs went on to a front row lock-out, Bottas on pole. Verstappen got fourth, Perez put the Racing Point 5th, while Kyvat dragged the Torro Rosso into 6th in his “nearly home”race. Lando Norris continued McLaren’s renaissance in 7th.

It initially looked as though Hamilton would get the drop on Bottas, and there was a short race between the two silver cars, but Bottas got ahead as Hamilton got on the dust at turn 2. Hamilton later lost no chance for childish “sledging” when he claimed he would have been more aggressive against a Ferrari. Seb slotted into a safe third, while Leclerc’s race went from bad to worse as he dropped to 10th as a result of poor traction on the mediums. However, those Pirellis gave some pleasure when, as the soft tyred leaders pitted for new tyres from lap 12 onward, Charles went into the lead, which he held for 18 laps when the mediums finally gave up and Bottas took the lead. He was challenged by Hamilton near the end, but frankly he was the more complete package on the day and deserved the win. Charles, meanwhile, dropped to fifth on his tyre change on lap 34. Fifth was where he finished. 17 laps on softs was a challenge, but in fact it may have been better to have come in a bit sooner to be able to challenge Verstappen in fourth without the recovering Gasly getting in the way. In the event, there was little chance of catching Verstappen for fourth, while the Dutchman in turn could not approach Seb in third.

The hapless Gasly’s driveshaft went on lap 38, leading to a virtual safety car. The only resulting “drama” was McLaren trying a tyre change on Lando, but the strategy failed. He stayed behind Perez in sixth and Sainz seventh. With nothing to gain in front and nothing to fear behind, Charles was brought in 3 laps from the end for fresh softs to have a successful crack at fastest lap.  Lance Stroll got 2 points, thus halving what each point has so far cost his dad, with Raikkonen in 10th.

As a child of the 60’s and a Ferrari fan, I now feel the need to mis-quote “America” by seminal prog-rock band “The Nice”:  For Ferrari: “Azerbaijan was pregnant with promises and anticipation, but was murdered by the hand of the inevitable”. A story which sadly seems to repeat itself.