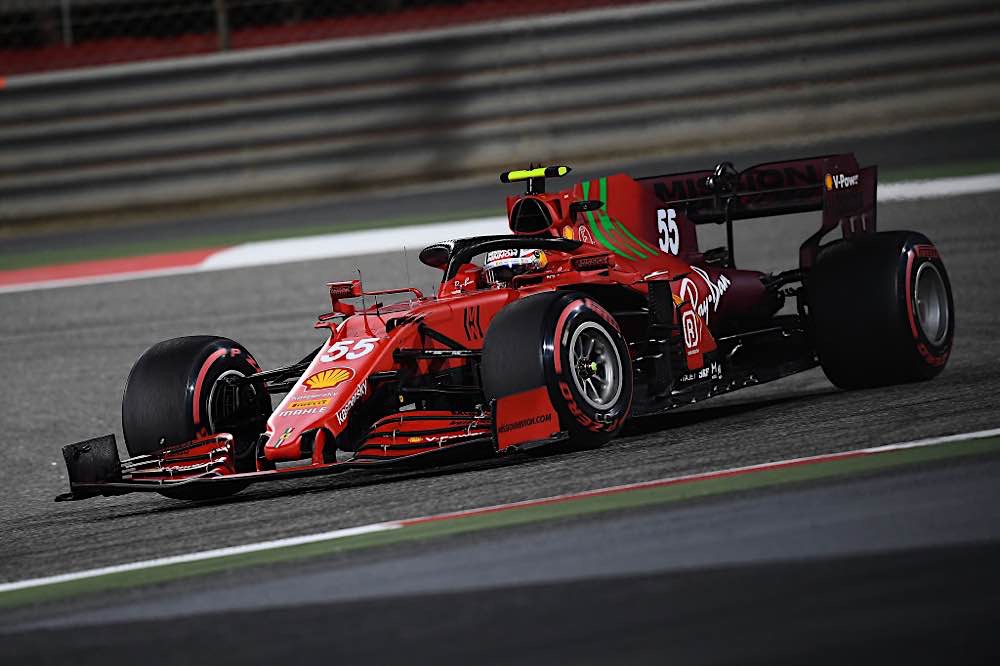 Carlos was welcomed to the Scuderia 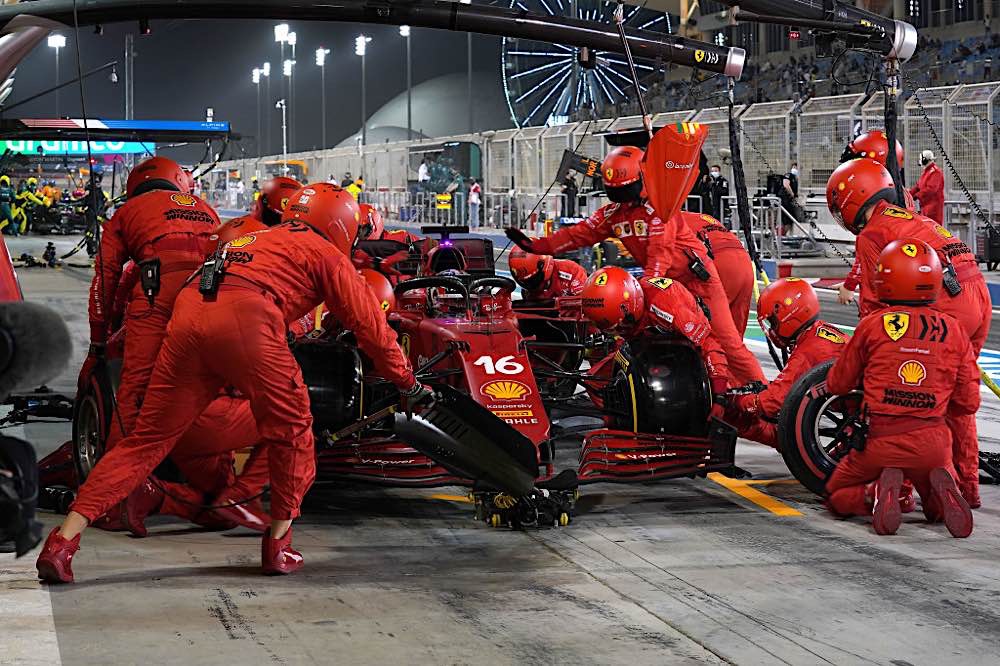 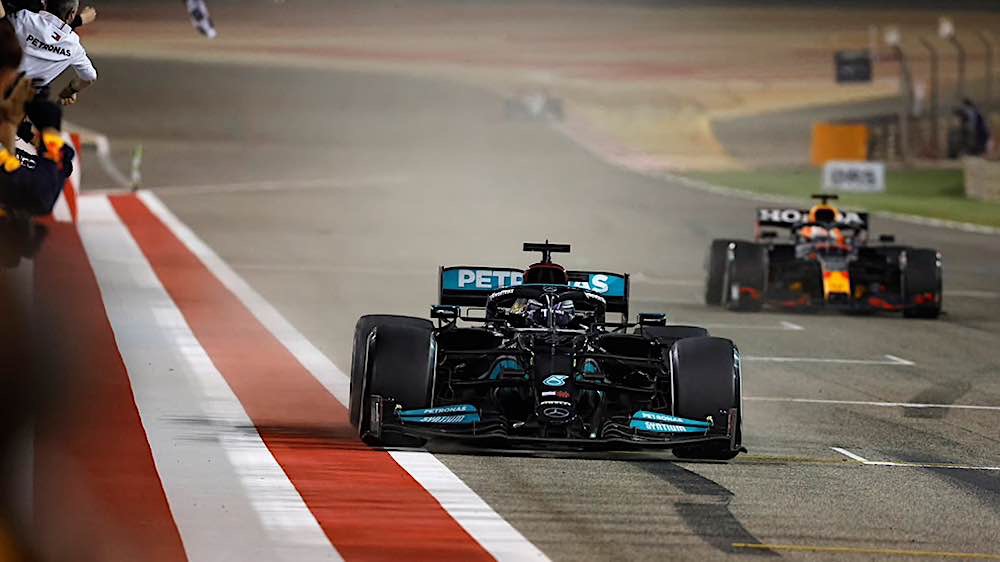 Little change in the results at the front from last year

The previous Covid-hit F1 season brought some dramatic high-spots, with a few new tracks and some good midfield racing, so we had good reason to look forward to the opening of the ’21 championship. In particular as there had been lots of shuffling amongst the teams, drivers and owners, so we were wondering who would fall flat on their faces and who would come out smelling of seaweed…

Mercedes and Lewis Hamilton provided the best entertainment as they brinked their way to an agreement for ’21, but Lewis reportedly had to take a big pay cut and only got a one-year deal. It must have been obvious to anyone that Lewis on 40m bucks versus George Russell on 250k made no sense, particularly as Merc were apparently getting irked by the LH brand getting bigger than their own. But he remains at the top of his game.

Ferrari had endured the sad demise of the Vettel partnership and finally parted company. Why they could not have done this during the season is beyond me, eking it out for the entire year brought no pleasure to anyone and the brand was not served well. Putting Sainz Jnr in the seat was a good move and I trust that Ferrari have now finally seen that trying to have two Nr 1 drivers is not a good way of winning a Championship. Merc and Red Bull have long had a Nr 1, and with Leclerc and the journeyman Sainz things will be better. The Constructors Championship is in any case always regarded as a consolation prize if you fail to win the big one. Can’t win Le Mans outright? Then get a Sprite and win the Index of Thermal Efficiency, your advert in the papers can be just as big.

Vettel ended up at Racing Point, you know the pink ones, now re-labelled Aston Martin and painted a grim shade of dark green which looked like no BRG I have ever seen. Daddy Stroll has spent money big time and of course son Lance retained his place in the second car. He’s a strange one, he excels in the wet but can’t keep up in the dry. Usually with a humdrum driver it’s the other way round.

It was a shame that Albon lost his Red Bull seat, he just wasn’t quick enough, but is Perez really going to be a proper backup to Max? He had some good drives in the Pink Merc but that was an exceptionally good car and the difficult RB might not be so easy.

In the midfield teams there were plenty of changes as well. Renault decided to hoof out their Team Principal Cyril Abiteboul, with the Ricciardo defection to McLaren being perhaps the final straw, and rebranded the team ‘Alpine’ in a throwback to a long-forgotten time when Renault-Alpines used to win the Monte Carlo Rally. Another marketing genius at work. The returning Alonso turned up at Alpine although it’s a worry that this could be another Schuey-type of return. Some hard-earned reputations are best left alone for eternity.

McLaren added to their resurgent strength with the addition of Ricciardo and they retained the impressive Lando Norris and switched over to Merc engines instead of their Renaults. Alpha Tauri kept the likeable Pierre Gasly but took on the interesting rookie Yuki Tsunoda who made a good reputation for himself as a hard charger in the ferocious F2 world. Other rookies to join the grid were Schuey’s son Mick, who actually won the F2 title, and Nikita Mazepin, another ‘son of a billionaire’ although I’m sure that had no bearing on it.  Both ended up in the hopeless Haas team who seem hell-bent on sliding down the pay driver route à la Williams to oblivion. But team-boss Steiner is definitely the star of Drive to Survive!

Pre-season testing gave us some interesting pointers. The RBs were clearly going well, although mainly in Max’s hands, whilst the Mercs were struggling to such an extent one could actually see the instability on the TV screen. In an un-F1-like parody of ‘After you Claude’ each team reckoned the other was the one to beat. The Ferraris fared a little better than we had hoped after last season and moved back into a solid mid-field position, with some better straight-line speed thanks to a new engine concept.

And so on to the actual race, at a venue with all the excitement of my kitchen table.  Verstappen topped all three practice sessions and had good hope for the quali sessions, but Merc and particularly Hamilton could easily pull something out of the bag. In an excellent Q3 session the pole went backwards and forwards between the two of them, but Max finally sealed it with an exceptional effort that was nearly 0.4secs quicker than Hamilton. Bottas was third and particularly pleasing was Leclerc’s fourth position ahead of Gasly and the two Maccas of Ricciardo and Norris. In the second Ferrari Sainz was eighth.

At the tail end of the field it was disappointing to see Vettel in 18th, ahead of young Schuey and the hapless Mazepin who spent most of his time spinning.

The start was a messy affair with a second formation lap necessary after Perez stopped on the track, but he managed to get going and started from the pit lane. After lights-out the field didn’t get far before Mazepin had another incident, this time clobbering the barrier and putting himself out. The new Aston Martin safety car came out, with fingers crossed that it would actually complete a lap before breaking down, and on the second start Max again took the lead from Hamilton before another Haas incident, this time young Schumacher, brought another yellow phase. We were five laps into the race before they really got going and Max slowly eked out a couple of seconds from the pursuing Mercs. A speculative tyre strategy then put Hamilton ahead but a hard-chasing Verstappen, on fresher tyres in the last phase, closed inexorably until a pass five laps from the end saw him cross the white line track limit and have to hand the place back. Having worn his tyres out he could not go for another pass and Hamilton held on to the end. It was a good victory and could well be a pointer to some close Red Bull – Mercedes battles this season.

Bottas trailed into third place, over half a minute away, ahead of Norris and Perez who had one of his heroic catch-up drives after being down in last place at the start.

The Ferraris had a quiet time with Leclerc slipping to sixth and Sainz down in eight, but the rookie Tsunoda finished in the points in his first F1 race with a ninth place. Some of the other ‘interesting’ ones – Vettel down in 15th, Schuey 16th after his spin, and Alonso a retirement with brake issues.

So, what did we learn? RB and Merc will decide the championship between them (or, rather, Verstappen and Hamilton will), the midfield will be very tight again but Aston Martin will have a tough season. As for the Ferraris, I’ve honestly no idea if they can get to the front of the midfield but they certainly won’t be troubling the front runners. At least we can enjoy the Leclerc vs Sainz dynamic play out