GRAND PRIX: Bahrain: Heard you missed them, well they’re back! 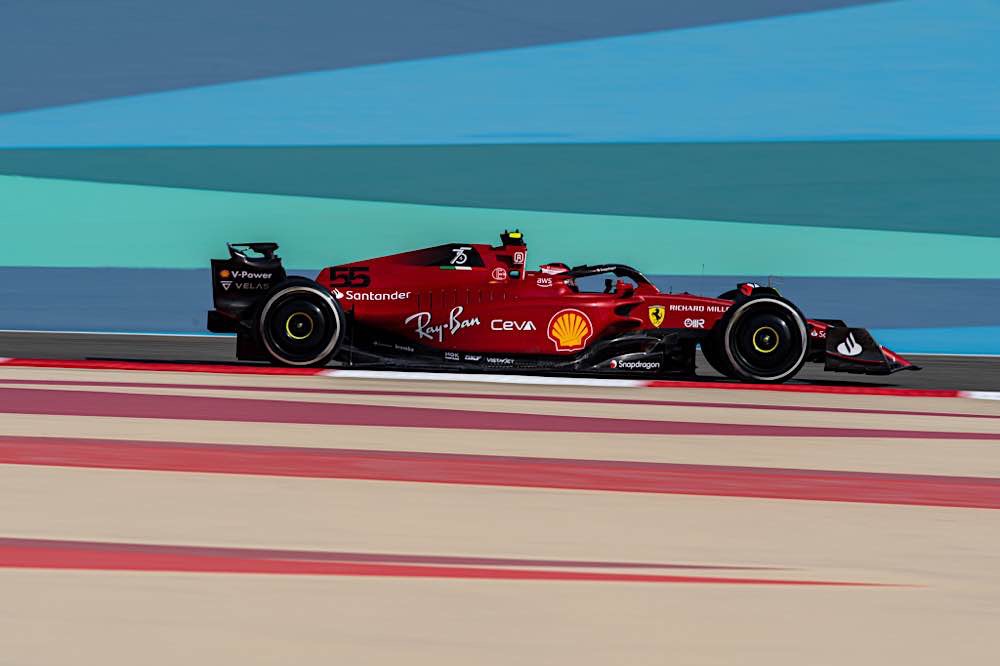 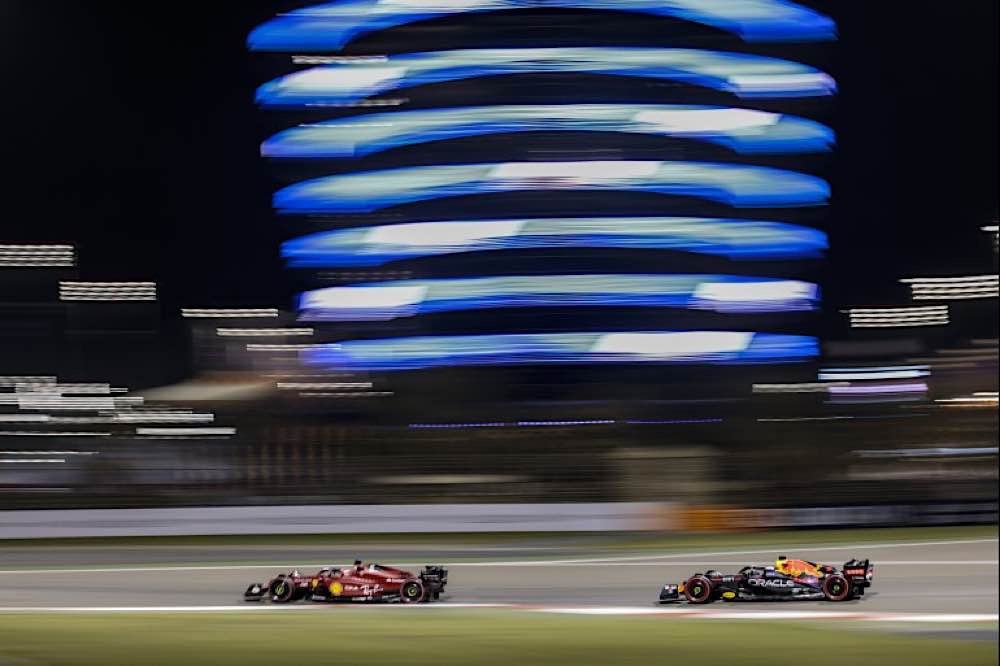 As intended by the new rules, it is feasible to closely follow a car. 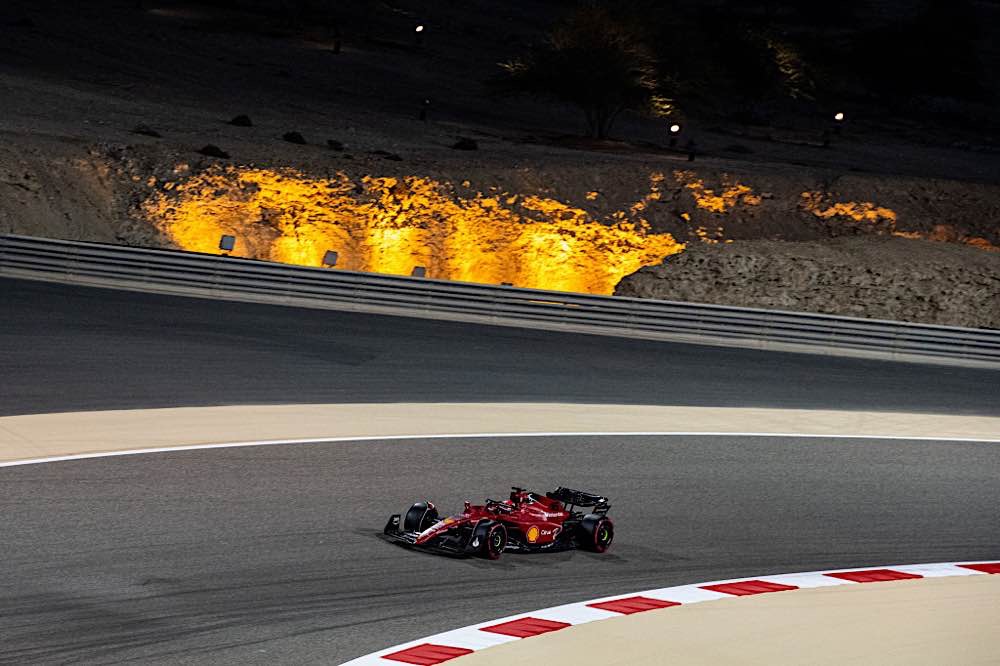 Lighting adds to the drama of the night race. 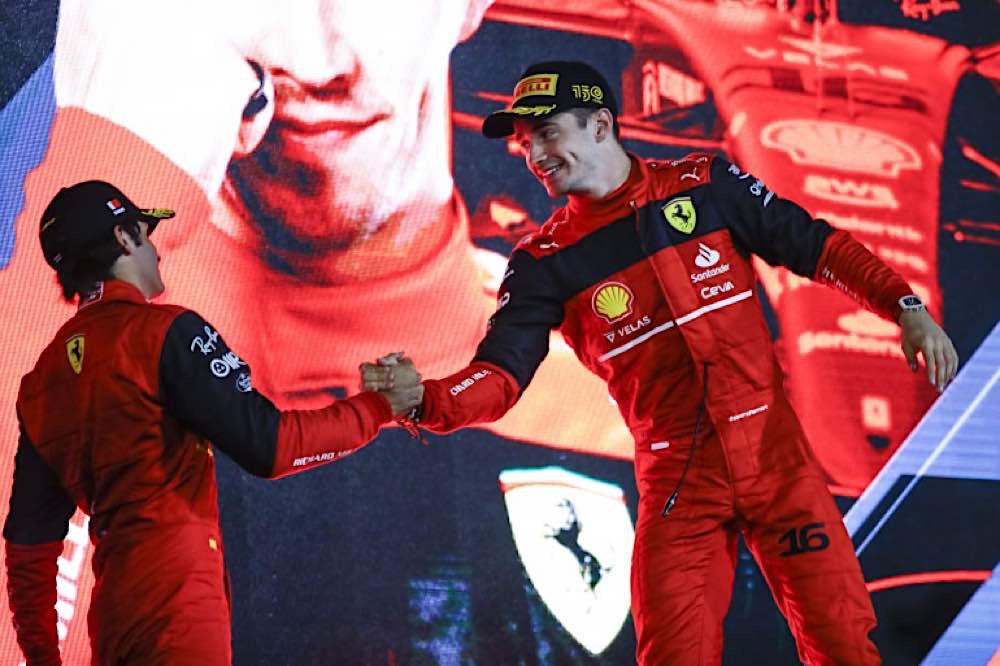 A joy to see Charles and Carlos on the top steps. 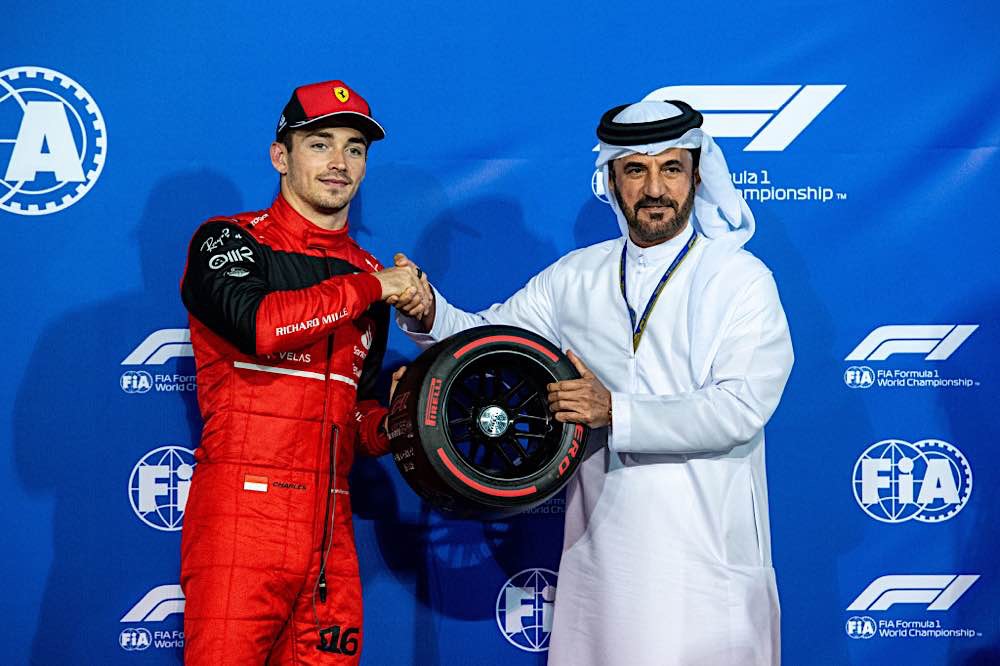 As someone very clever said, although I can’t remember who, ‘when the flag drops the BS stops’.  I related to that perfectly while waiting for the first GP of the 2022 season, after months of endless announcements and pronouncements about what the ‘new for 2022’ cars might look like and what they would actually go like.

Well, in terms of looks they reminded me of the huge Grand Prix Masters cars of 2005, with various swoops and appendages that varied from team to team while they looked at each other, figuring which way was the best to go. The 18” tyres looked fine but the spec-wheels were disappointing and looked like a space saver from a road car. And as for those silly little front mudguards…

The biggest change was in the aero configuration. The FIA removed as much top downforce as they could and instead brought back ground-effects with huge undertrays in an attempt at making following much easier. Remember the previous ground-effects era in the ‘80s? The main problem that teams had to overcome back then was porpoising, which was a strange phenomenon when maximum downforce at high speed suddenly caused suspension compression and the car shot back up again – and the whole cycle repeated endlessly much to the chagrin of the hapless driver who was bouncing up and down like a yo-yo.

Guess what? The 2022 cars did exactly the same, to some confused looks from designers who had not been around in the previous era. Apparently there were many desperate phone calls to aged and retired designers to ask ‘what the heck do we do now?’

Worst affected seemed to be the Mercs (Ed: ‘cause it’s a young design team) and it was scary watching Hamilton and Russell during the pre-season tests. Others were less affected and the more stable cars seemed to be the Ferraris. Someone there obviously remembered the old days and what the fix was.

The end result of all this regulation change were cars that seemed to follow each other more easily, were very sluggish in corners as soon as the ground-effect bled off and, at a weight of nearly one tonne with full fuel onboard, looked nothing like as sharp as the outgoing formula. And the order of the teams certainly changed as well, as some (Red Bull, Ferrari, Alfa) seemed to have got it right, whereas others (Merc, Aston, McLaren) were on the wrong side.

So let’s enjoy this diversity while it lasts, before they all copy the most successful design and we are back where we started from.

Qualifying at this less-than-interesting track brought a pleasurable result: the Ferraris were obviously good and Leclerc put it on pole ahead of Verstappen and team-mate Sainz, with Red Bull backup Perez in a handy fourth. Next was a heroic effort from Hamilton but he was nearly three quarters of a second adrift from pole, and it must have given Mercedes-ejectee Bottas great pleasure to line up alongside in his Sauber with a Ferrari engine, known currently as an Alfa Romeo. Indeed the Ferrari-engined cars were in the supremacy with the Merc engines towards the back of the field. Quite a turn around.

The race was good to watch, as Leclerc held a narrow lead throughout ahead of Verstappen, and there was even some wheel-to-wheel racing between the two for a few laps which maybe showed that the new aero rules were achieving their objective. Sainz ran a comfortable third but had a solid drive from Perez in his mirrors behind him with Hamilton in the recalcitrant Merc keeping in touch.

Pit stop strategies and tyre choices played out and it came to the final stint before it went all wrong for Red Bull – and good for Ferrari. Verstappen complained of lack of power, initially rejected by his pit crew, and pulled in to retire from his second place three laps before the end. That put Sainz second. And on the last lap the second Red Bull of Sergio Perez succumbed to the same problem and spun with a dead engine, allowing Hamilton into third just ahead of his team-mate George Russell.

There was great pleasure in welcoming Haas returnee Kevin Magnussen into an incredible fifth place ahead of Bottas in the Alfa, both with Ferrari engines. Both teams had understood the 2022 regulations better than some others.

There was much joy and relief at the Ferrari one-two after the past few wilderness years, and it was not a win on default but by merit. The cars showed pace as did the drivers and early signs were that this could be a Ferrari vs Red Bull year. But never count Mercedes out, they have some very clever people although a good lot have decamped down the road to RB.