GRAND PRIX: Bahrain: The Gods Smile on Formula One 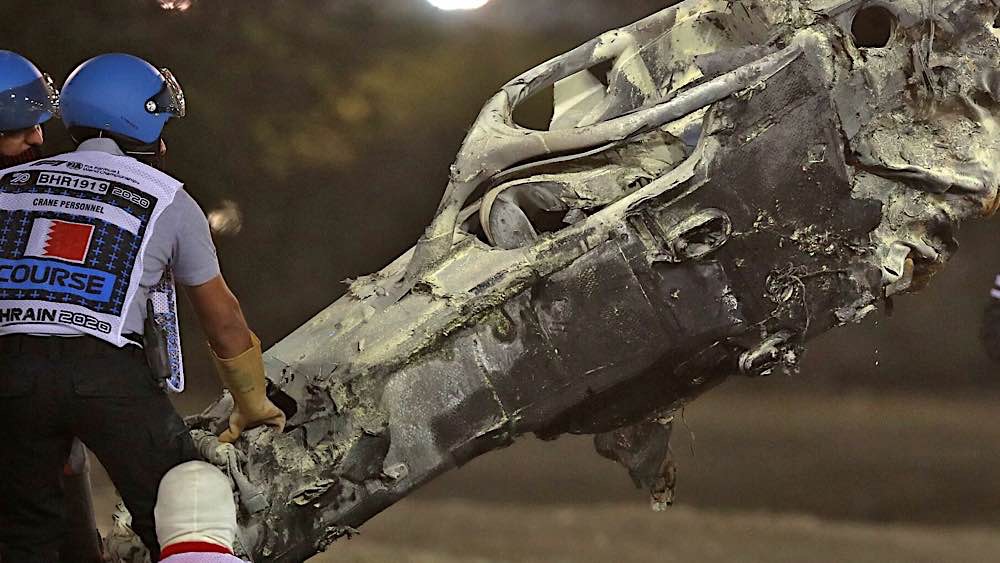 Haas/Dallara safety cell did an exemplary job and changed the mind of many a halo sceptic. 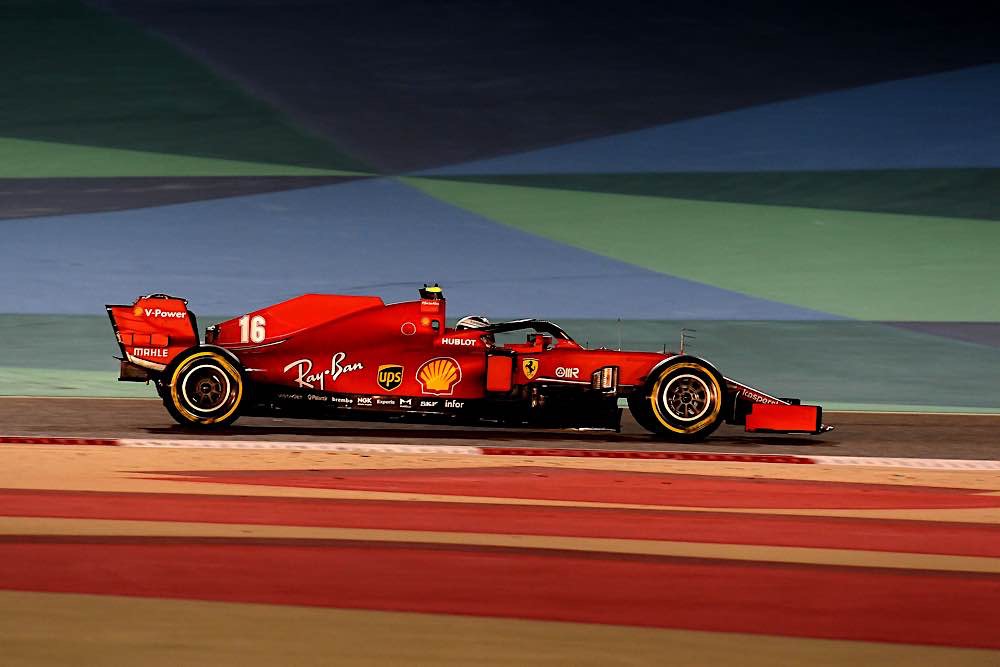 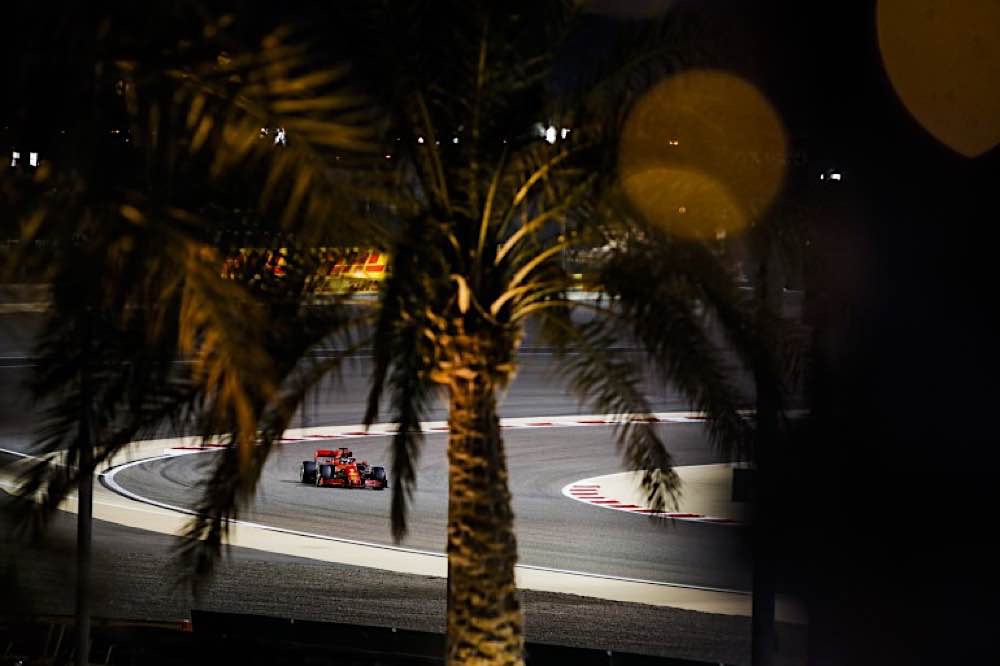 I’ve seen any number of crashes in my 40+ years of watching racing, both live and on telly, but I have never been so shocked as when watching Romain Grosjean’s Haas burst into a ball of flame on the first lap of the race. I suppose, over the years, safety has been so improved that we just don’t see these violent and destructive scenes as often as we used to.

To say that the Gods and luck played a life-saving role is an understatement.  Had Romain not been able to extricate himself from the cockpit then all help would surely have been too late. The FIA medical car that was following was simply not equipped as a fire-fighting vehicle, having only modest hand-held extinguishers, and the brave marshals who ran up also had just small extinguishers.

Another crucial element saved Romain’s life: the halo structure over the cockpit, which parted the guard rails and protected his head. I have always disliked the halos as being ugly and an afterthought, but not anymore. I now warmly embrace them as an essential safety feature and one life saved fully justifies their existence.

After the distressing scenes at the beginning it was difficult to focus on the remainder of the events that weekend but, deep breath, let’s make an attempt at assessing what else went on.

The circuit itself is surely one of the more boring of the year. Having recently been spoilt by Mugello,  the wonderful Portimao circuit, then Imola followed by the terrific Turkish race, we now have to contend with a double header at this uninspiring artificial creation. As a spectator it was difficult to know which way the corners went, as a driver it must have been equally confusing, especially under those lights.

Qualifying brought nothing new and ended up with the familiar Hambotappen trio at the front, but it was good to see Albon in fourth albeit one second slower than Hamilton. Perez showed his recent excellence with ‘best of the rest’ in his Pink Merc and then came the tight midfield pack which have delivered the best racing this season. Would that there were no Mercs or Verstappen and we would have the best Grand Prix racing ever! To watch the McLarens, Racing Points and Alpha Tauris fight it out at the front of a GP would bring wonderful unpredictability to our Sundays. But no such luck.

The Ferraris were having a tough time, languishing in 11th and 12th places with Vettel the quicker of the two this time. The circuit with its long straights and high-speed swerves simply did not suit the cars which were lacking both power and aero grip. The visual contrast to the Mercs, which had astonishing direction-change capability, was obvious.

At the first start Hamilton had a clean getaway but Bottas made a hash of it and was swamped by Verstappen and Perez, and then by Albon and Ricciardo as well. The field behind hesitated while this was going on, Stroll went off the track to avoid the bunching and, as a tight pack of cars congregated on the left of the track at Turn 3 Grosjean jinked to the right but hit the front of Kvyat and speared at high speed into the barrier. The race was immediately red-flagged and the cars were brought back to the pits whilst the Grosjean accident was dealt with. How he escaped with his life and just light injuries is indeed beyond comprehension.

The race was paused for nearly 90 minutes while the extensively damaged Armco barrier was replaced with concrete blocks. In the meantime Grosjean had been airlifted to hospital and the initial bulletins confirmed that he was relatively ok, with light burns to his hands and feet. The other drivers were faced with endless repeats of the accident videos and it was noticeable that Vettel was amongst those who studiously avoided watching. It took some very brave men to get back into those cars and finish the race.

The second start was again a clean one for Hamilton with Verstappen just heading Perez who had to fend off a better-starting Bottas. But by Turn 8 the race was again suspended when Stroll and Kvyat came together, and Stroll had a slow-speed upside down moment. Bottas picked up a puncture under the safety car period and pitted for a new set of tyres, dropping down to 16th and ruining any further chances.

Whilst Hamilton drove imperiously at the front Verstappen gave game chase but the Mercs are just so much quicker than anything else. These two were in a class of their own and Verstappen even had time for a third pit stop ahead of third-place Perez. It would have been fabulous to see the latter take the podium, as he is inexplicably out of a drive for next year, but his engine gave up with just 4 laps to go and so promoted Albon up into third. The stricken Racing Point pulled up on the main straight and brought out the Safety Car and that’s how the race ended

The McLarens won the ‘best of the rest’ race with an excellent 4th (Norris) and 5th (Sainz) ahead of Gasly and the Renault of Ricciardo.

And the Ferraris? Back to nowhere is the sad reply. Leclerc drove aggressively, even annoying his team-mate at one stage, but could only manage 10th at the end while Vettel had one of his frequent off days and finished a lapped 13th, one place behind the talented George Russell in his Williams.

As it’s a double-header they have to do it all again in a week but with an altered track that will see some very high-speed lappery. Maybe not Ferrari territory…