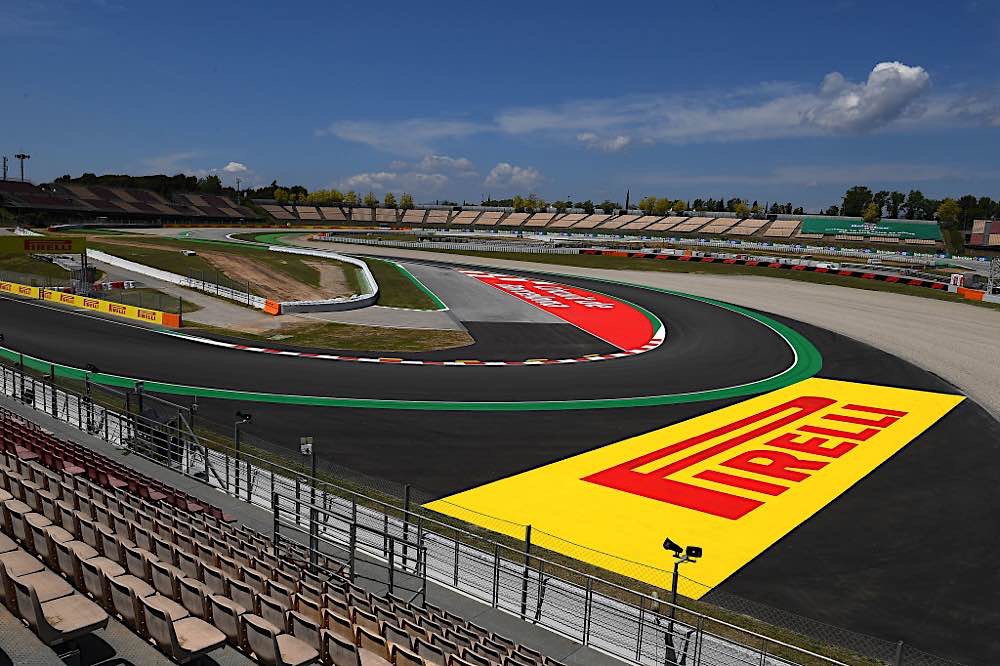 Some interesting infield corners at Barcelona 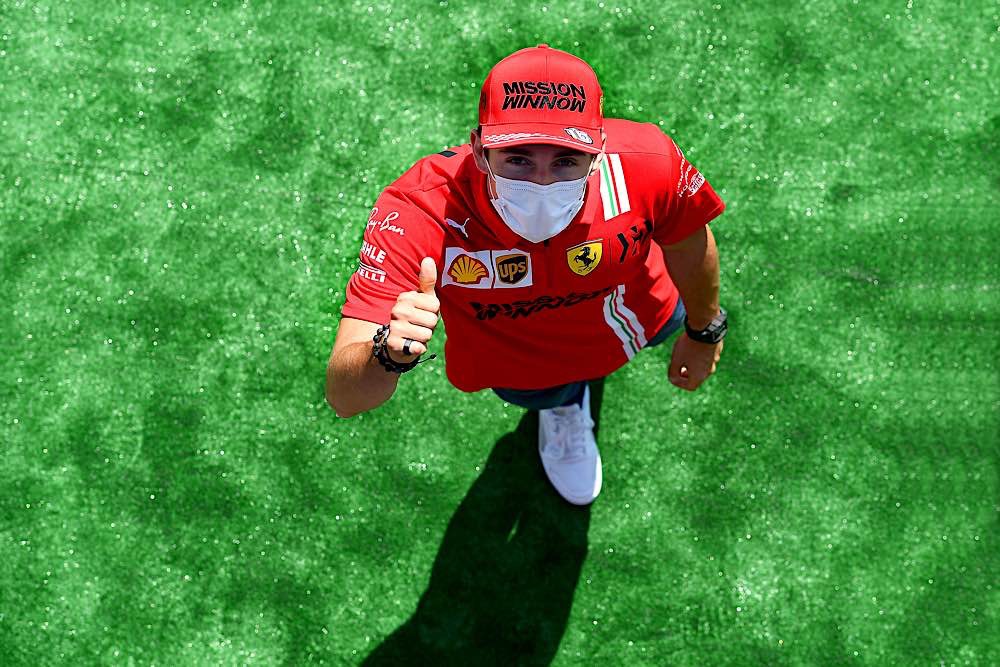 Optimism is a good thing to have. 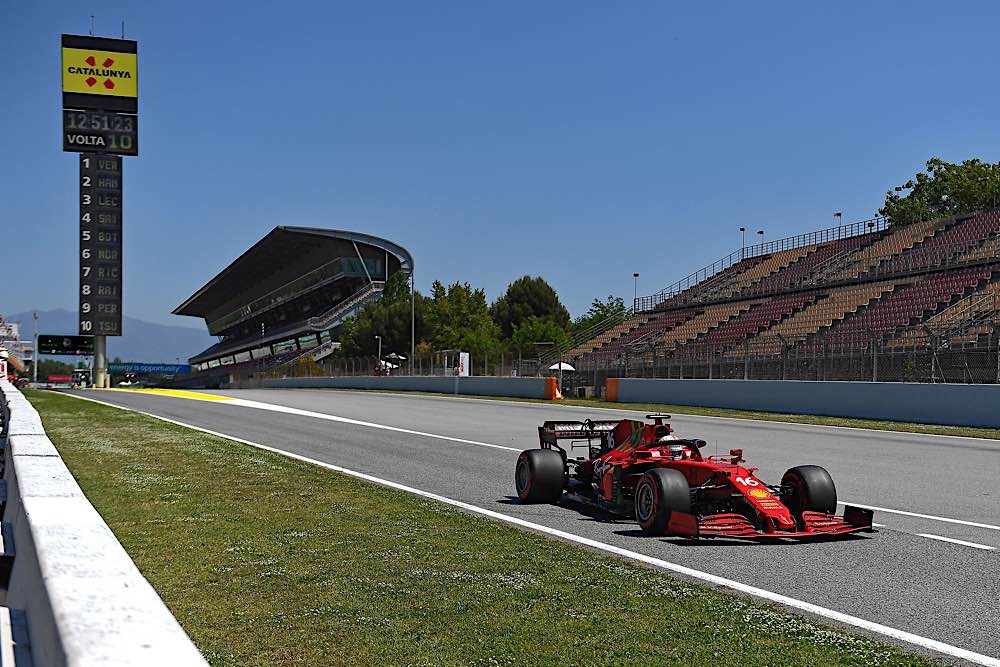 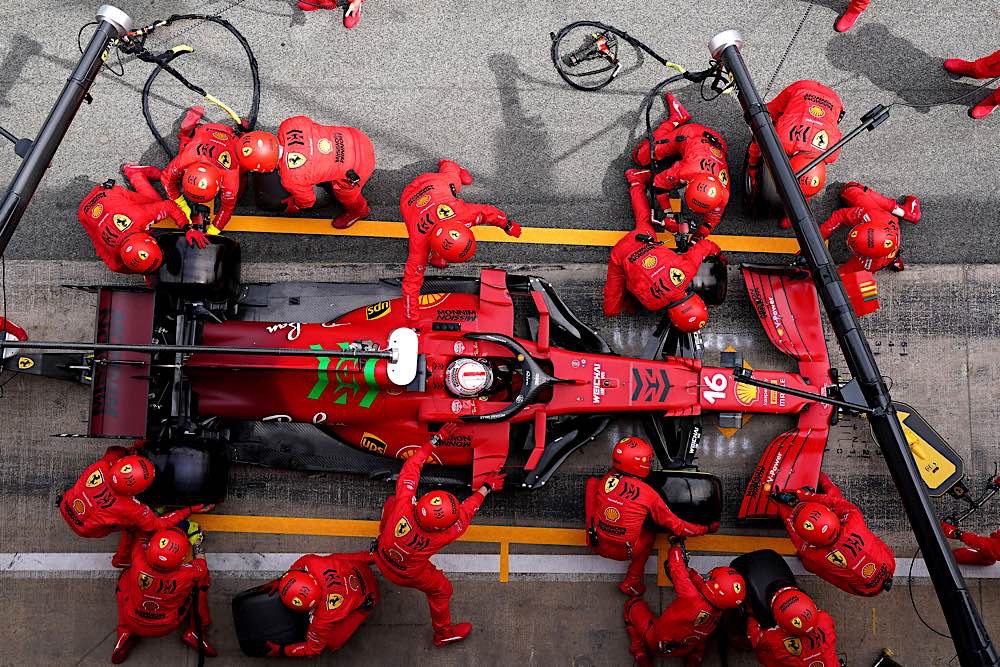 Pit stops were efficient and effective.

The Circuit de Barcelona-Catalunya held its 31st World Championship Grand Prix on the weekend of 8 May, with another Mercedes/Red Bull duel the highlight. To many Ferrari fans the race marked the 25th Anniversary of Michael Schumacher’s first win in ‘Red’ in 1996, and what a win it was. Rain is the great leveller, and that day Michael confirmed he was the undisputed successor to Senna by defeating the quicker Williams and Benetton cars in conditions with which even GoreTex wet weather gear could not cope; his 45 second winning margin did not really do justice to a majestic drive in a car that really had no place winning. It heralded the start of the Schumacher/Ferrari era which delivered 5 Drivers Championships and was only halted by ‘tyre’ regulation changes in 2005.

Are we at the start of a similar point in Ferrari history now? Certainly the 2021 campaign shows a distinct improvement on 2020, with top 10 qualifying and race positions being the norm. However, the top 3 (or 4) appear to be in a different division and a return to tier 1 may have to wait until 2022 following significant rule changes.
The weekend commenced after Christian Horner’s comment from Portimao suggesting Barcelona would be the acid test of Red Bull’s challenge to Mercedes. That they ended Friday practise in positions 9 and 10 did not look good, but with Verstappen making errors (again) on his qualifying simulation an unrepresentative order resulted. In contrast Ferrari had a good day with Charles 3rd and Carlos 8th.

Saturday morning allowed Red Bull to show their true potential, topping P3 after fitting a new (illegal?) flexible rear wing. Qualifying would be the acid test though, as most drivers consider overtaking at Barcelona to be almost as difficult as Monaco.  Qualifying on pole was Red Bull’s target, but again they undelivered with Hamilton inevitably delivering an improved Q3 performance to take his 100th pole position in Grand Prix racing, despite Verstappen easily topping Q2. Bottas completed the top 3, a further 0.1 seconds behind, but the curse of the Red Bull number 2 again struck, with Perez only 8th; was it really a result of health issues?

Behind the top 3 times were incredibly close, continuing the trend of 2021 with 5 teams battling for the ‘midfield’. Charles Leclerc delivered one of his mega laps when it mattered to qualify 4th, closely followed by Ocon, Ricciardo, Sainz and Perez, all separated by less than 0.2 seconds, with the top 10 completed by Norris and Alonso. Carlos was hoping to repeat his Portugal qualifying, being quicker than Charles in Q2, but ultimately failing by  0.11 seconds. No doubt he is hopeful of leading the Ferrari challenge at Monaco where he has never been out-qualified by a team mate.

Race day dawned a little cooler, and with rain in the air Verstappen used his flexi wing to win the drag race with Hamilton to the first corner. The front two began lapping a second or more quicker than the rest of the field, but crucially Max could not shake off the Mercedes, indicating Red Bull were in trouble. This was further emphasised after the first pit stops when the order remained static but Lewis quickly reduced a 6 second gap to nil, the Mercedes clearly quicker on the Medium tyres. As overtaking is so difficult the Mercedes strategists called Lewis in for a second pit stop for fresh medium tyres, leaving Red Bull with no choice but to pray for a safety car as they only had soft tyres left on which to complete the race. Their prayers were unanswered and in true Schumacher style Hamilton pulled back the 23 seconds gap to pass Max with 6 laps left, the Red Bull suffering on tyres well past their best. Mercedes strategy thus enabled Lewis to see the chequered flag for the third time this season.

Behind the top 2 Charles made an excellent start and managed to pass Bottas on the exit of turn 2 as the Mercedes hugged the inside line for turn 3. With overtaking impossible Charles held onto a podium position until being ‘undercut’ at the first pitstops, thereafter having a lonely race to 4th place, 57 seconds behind the winner.
In contrast Carlos had a difficult first lap dropping places to Ricciardo and Perez at the start, but despite being on the same pace, he could not find a way past in the DRS train. Sainz finally gained a place to 7th towards the end as the Alpine team gambled on a one stop strategy, and Ocon consequently dropped to 9th, behind Norris, with the top 10 completed by Gasly. To emphasise the importance of qualifying, the top 9 from the grid finished in the top 9 positions, with the top 4 finishers maintaining the starting order ….

From a Ferrari engine customer viewpoint Kimi Raikkonen was the first finisher in 12th place, benefitting from being the only driver to gamble and start on the medium tyre leading to an improvement on his 17th place after qualifying. His team mate Giovinazzi qualified 14th but tyre issues at the first pit stop resulted in a 15th place finish. The two Haas cars completed the field, although Mick Schumacher at least managed to duel with the Williams cars, while his team colleague completed a race without a penalty, despite delaying the leaders while lapping him.
So after 4 races in 2021 Ferrari are 4th in the Constructors Championship, only 5 points behind Mclaren, while Charles is 5th in the drivers’ championship and Carlos 8th. Roll on Monaco.