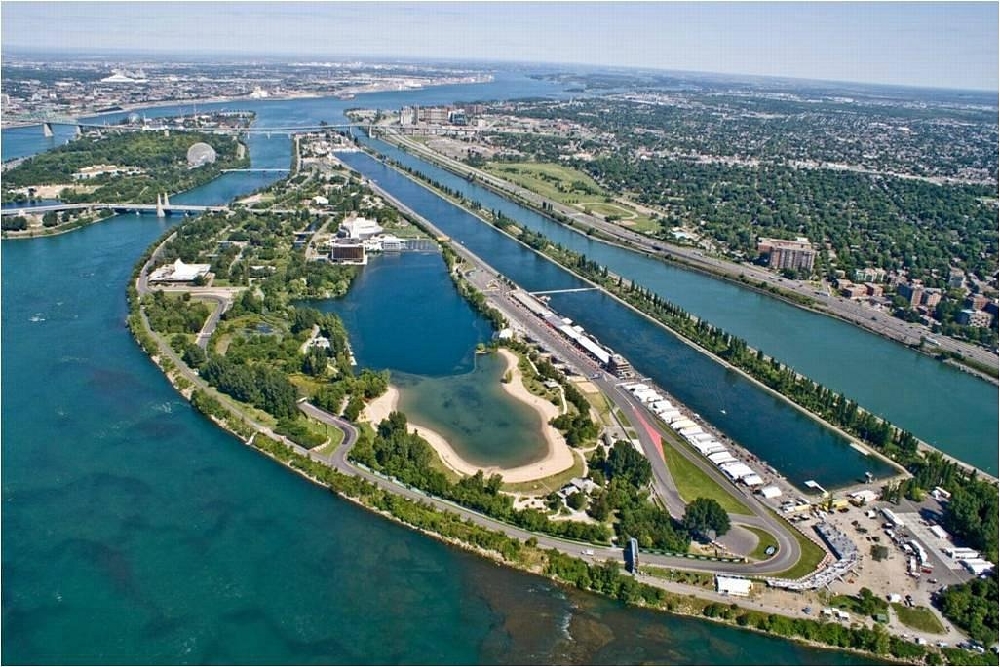 Circuit Gilles Villeneuve is built on a man made island in the St Lawence river, on the site of the Expo '67 world fair. 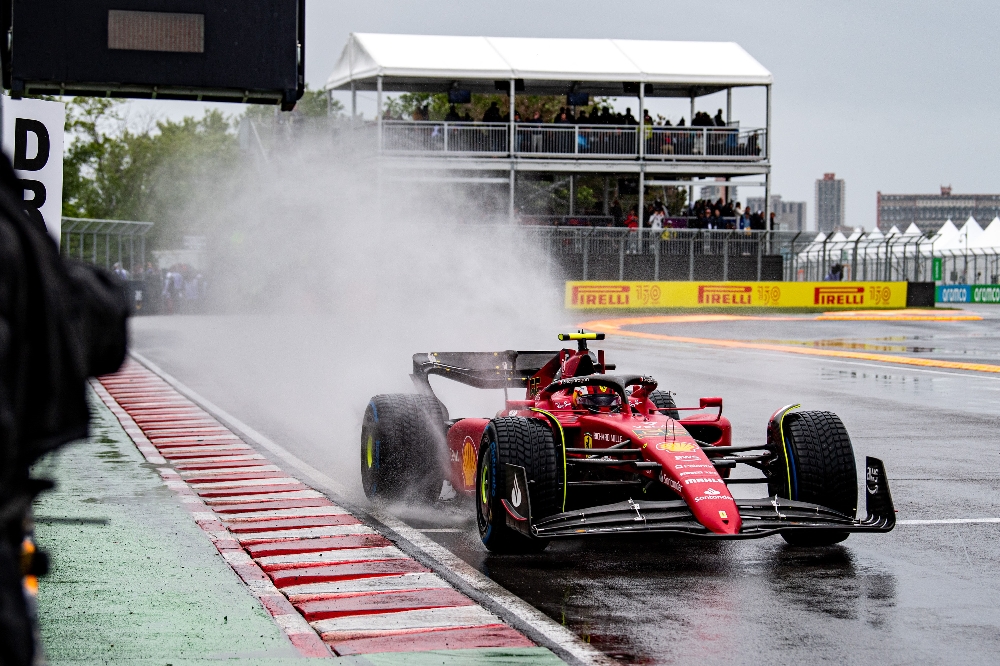 Qualifying was wet and cold. 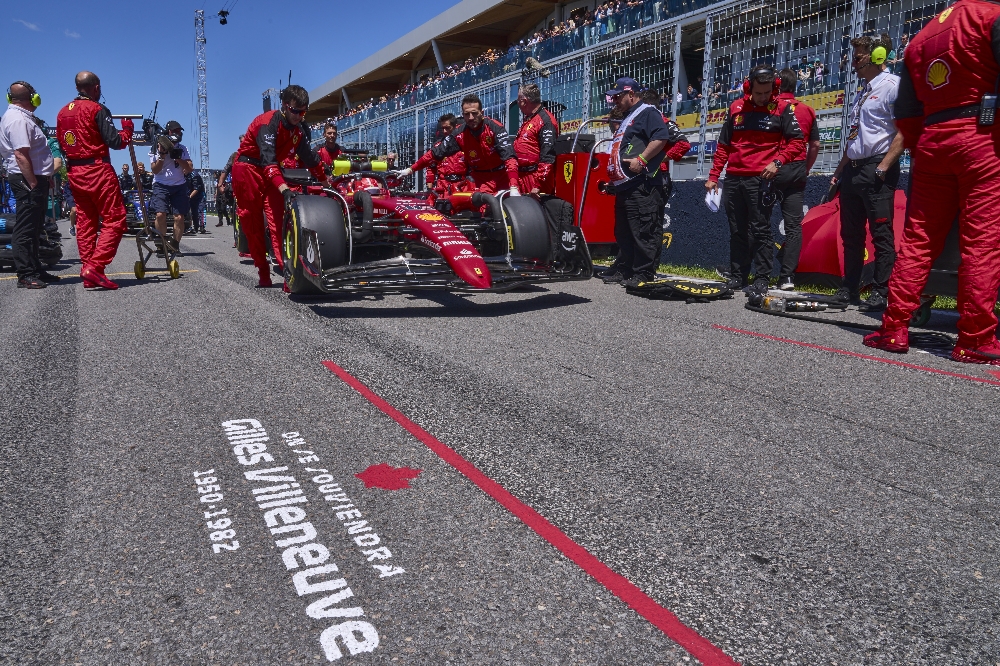 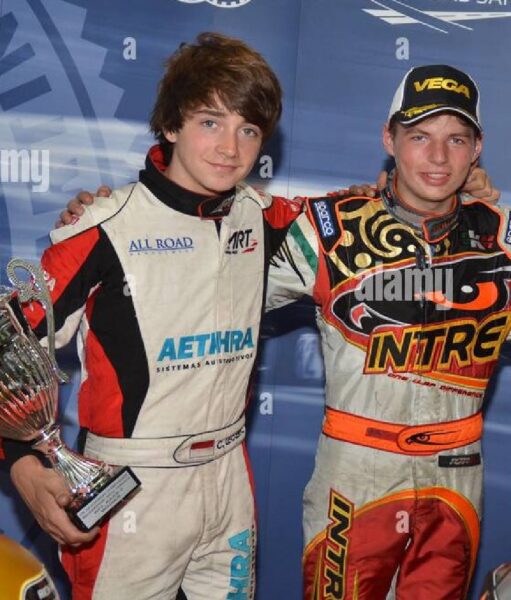 Charles Leclerc and Max Verstappen photographed the last year Fernando Alonso was on the front row. 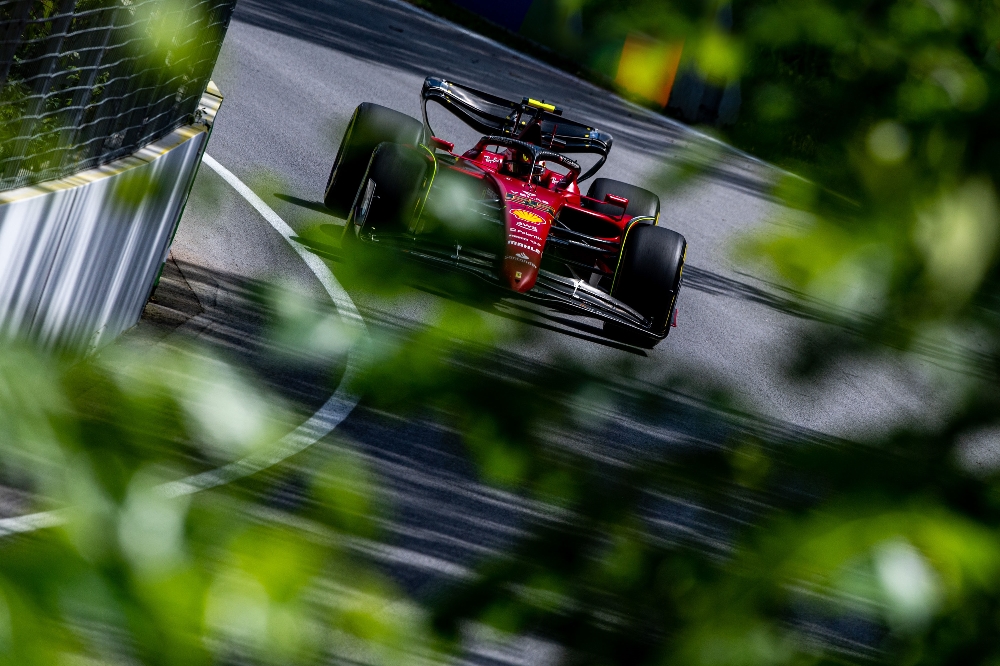 Occassionally we use an arty photograph. That's got that out of the way then.

As a former circuit racer who has returned to speed events, I am always impressed by the amateur sport’s age profile. A good friend I’ve raced against many times has competed at the prestigious Monaco Historic and to put it politely he’s seen a good few annual increases in his retirement pension, even if he’s never retired. One of the quickest times at a recent sprint I attended was by a another good friend who is well into his 70’s, and I know that in the FOC’s own championships “persons of experience” have frequently graced the podium. F1 doesn’t extend to such seniority, but the run up to the Canadian Grand Prix did remind us that it isn’t just for 12 year olds.

To compare F1 drivers with real world competitors, I suggest a factor of 2 is applied, like multiplying dog years by 5. For our first senior citizen racer, step forward Sir Lewis Hamilton (37=74). When he stepped from his Mercedes in Baku, he didn’t step from it. He extricated himself. Whilst supremely fit, even he was shaken by the oscillations caused by porpoising on the long straight. Doing some rough maths, if he was porpoising for 20 seconds on each lap at a rate of 2hz, over 51 laps that’s 2040 fairly vicious head shakes. So its no surprise that the FIA have “done something”. I’m not too sure what, as I find their press release incomprehensible, but I think they’ve threatened to fine teams whose cars porpoise too badly, which could be bad news for Mercedes, though possibly also for Ferrari. Continuing last week’s competition for “blinding understatement of the year”, the FIA added to their statement “In a sport where the competitors are routinely driving at speeds in excess of 300km/h, it is considered that all of a driver’s concentration needs to be focused on that task.” Gosh, is that a fact?

The other pensioner in the news was Fernando Alonso (40=80). He was on the front row in a Renault 5, or “Alpine A522” as they call it. Yes, it was odd conditions, yes it was good timing. But he did it, and beat 18 other drivers by using his principal advantage: an incredible talent. Afterwards, Fernando said:  “The goal is to lead the race in Lap 1. So that’s Turn 1, maximum attack. And then after that, they can go and they can fight – but it will be nice. Sweet to lead the race.” It may be disloyal to this website, but I’m still a fan of a man who not only can deliver but who has a true racer’s heart.

With an air temperature of 12C and rain, qualifying was like Snetterton in March, but with more hazards. Charles’s power unit failure in Baku had necessitated a change of control electronics. As this was the third of the season, that meant a 10 place drop so on the principle of “be hung for a sheep rather than a lamb” he took the full set of Internal Combustion Engine, Turbocharger, MGU-H, MGU-K and Exhaust and started from the back with a reset. Accordingly he just did Q1 to get experience of the conditions. Though that did ensure that poor Pierre Gasly was out of Q2.

If anybody thought RedBull would have everything their own way, they were proven wrong. Perez had struggled (13th) in Q1 and gambled on inters in Q2. They put him into the TecPro at turn 3. Whilst at the time it looked fairly routine, it later transpired that he had to undergo some rehab due to a contracture in his neck. Norris was also out with a mysterious power unit issue.

By Q3 the track was drying, with everybody on intermediates. Carlos did an impressive 1:22.932 which left him just behind Verstappen. A new set on inters proved no better, so with an improvement by Verstappen there was a 1.3s gap. Russell’s attempt to fill it on slicks ended with a barrier brush, leaving him 8th and out for the session. Carlos had a slight moment in the final chicane and ended on 1:22.1, which allowed Alonso to sneak into that amazing and well received 2nd with a 1:21.9. It seems odd to report Hamilton in 4th, ahead of both Haas (Kev in front of Mick) but of course this is Canada where the oddball is the norm. Ocon parked his Renault 5 in 7th, with Ricciardo and Zhou completing the top 10.

In some ways, a bingo machine could have done as good a job at arranging the grid. Good old Canada.

The fairy story wasn’t to be. Verstappen had a good start and did a double act with Carlos edging out Alonso, our man generally taking over the lead when Max went in for new tyres, to relinquish it when he went in himself.  On the face of it, it sounds pretty boring but it wasn’t because the strategies were different and Carlos led for a total of 17 laps. There was always the jeopardy of strategy. Things did get a little more tense towards the end (lap 54) after a safety car caused by Tsunoda going off at Turn 2. This closed the gap up, and Carlos stayed within a second of Verstappen to the end, including a fastest lap. He tried a couple of DRS moves, for which breath was duly held, but was repelled. An optimistic Carlos described it as “a solid race and an intense battle with Max to the line. Unfortunately we lost the lead after the last Safety Car. From there, I gave it my all to pass the Red Bull, but to overtake here you need a bit more than two or three extra tenths. We were the fastest on track today and I felt much better in the car.”

In fairness, Carlos didn’t have things all his own way. Alonso held him off for the first 3 laps until DRS was enabled, and during this time Carlos was challenged by Hamilton who in turn was being pressed by Magnussen’s Haas. I really must find a new way to express incredulity, or perhaps come to terms with the “Dallara Ferrari” actually being quite good. Unfortunately it fell apart for F1’s favourite Dane when the authorities decided his front wing, damaged at the start, must be changed. Arguably a rather weak decision by the race director. Magnussen finished last.

Also giving his all was Charles. The raw data of 5th would sound a bit disappointing for the former championship leader, but from the back (actually 19th as Tsunoda was also penalised for new PU elements) it was truly impressive, resulting in a well-deserved driver of the day award. He gained places on each of the first 4 laps, and was 13th  by the VSC caused on lap 9 when Perez’s car suffered gearbox failure. With Checo’s neck injury, perhaps that was for the best. The superiority of the Ferrari was shown when he passed Norris on lap 13 followed by Bottas and Albon. On lap 19, Schumacher stopped on track from 7thcompleting the disappointment for Haas, and resulting in another VSC. Leclerc stayed out on his hards while Zhou and Ricciardo pitted, promoting him to 8th. By lap 22 he had passed Bottas for 7th. By lap 29 he was in 6th, Alonso having pitted. Unfortunately for Charles his next target was Ocon whose car was generally slower, except in the bits which mattered where overtaking takes place. So he spent 11 laps in 6th, and was chased by Alonso. Not unreasonably, after 40 laps the hards were a bit past their best, so Charles pitted. The stop was less than perfect due to a rear left problem and he emerged 12th, immediately passing Ricciardo. Tsunoda and Zhou then fell, Stroll pitted, and he was 8th. On the earlier mentioned Tsunoda safety car, Bottas pitted (7th) and then on laps 54 and 60 Charles passed the pesky Alpines of Ocon and Alonso to go 5th, where he would finish. A hard afternoon’s work.

Hamilton converted 4th on the grid to 3rd on the road, with Russell behind him, up from 8th. Leclerc’s sparring partner Ocon finished behind him in 6th, whereas Alonso finished 7th but was classified 9th due to being found guilty of racing. The stewards described it as changing direction, but we know better.  This promoted Bottas and Zhou to 7th and 8th, and “local hero” Stroll took the last point.

As is often the case, Canada is a race that throws up the unexpected.

Ferrari and RedBull seem to be very evenly matched on this circuit.

After races where mistakes were made in planning, engineering and execution Ferrari seemed to do everything right in Canada.

Both Carlos and Charles, in different ways, produced stunning drives. Carlos was alive with promise and anticipation, though defeated by the hand of the inevitable Verstappen, while Charles fought as if for a great victory and was sabotaged by a legacy issue which started 9000 km, 2 continents and a week away. But it was so good to watch.