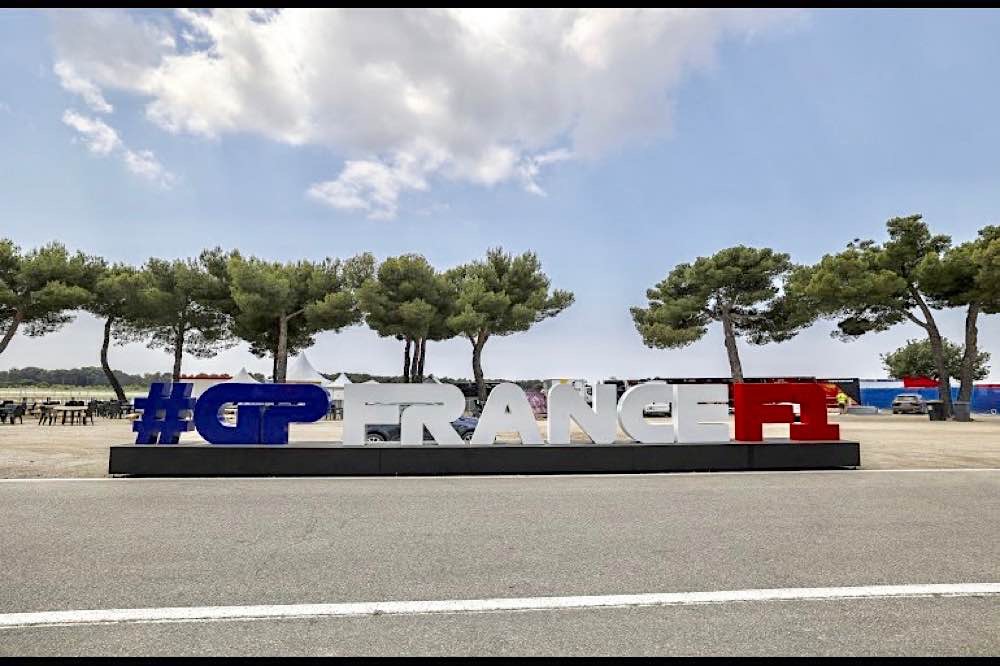 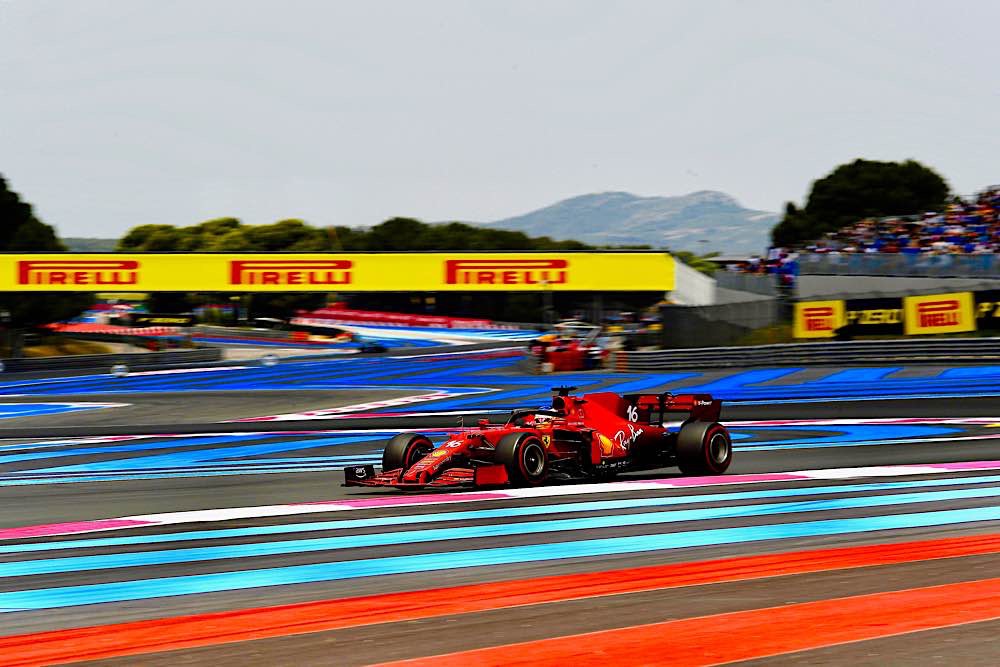 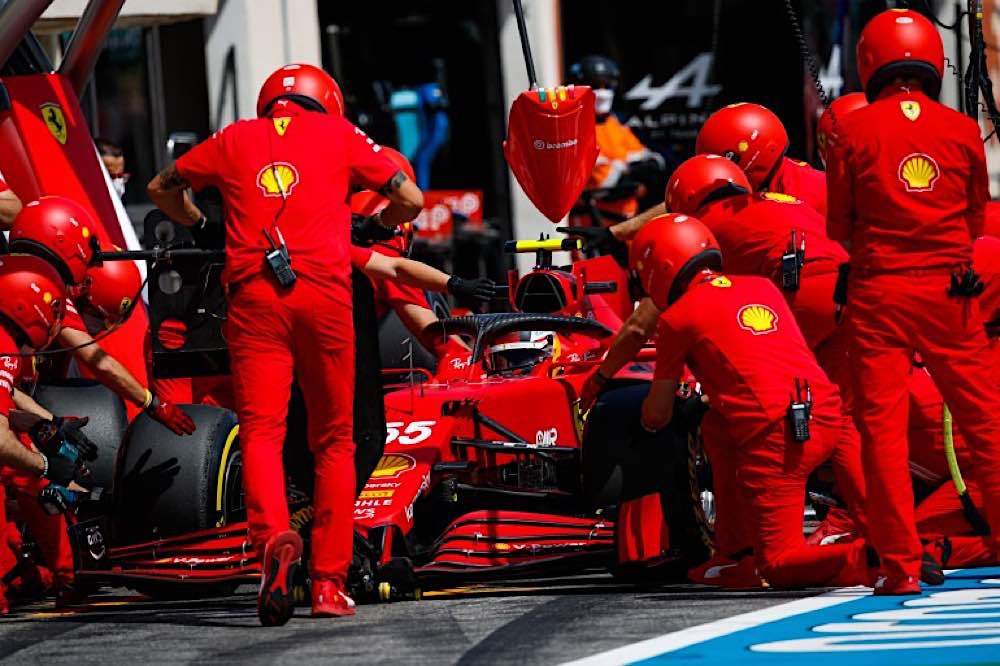 Bearing in mind my record in these reports of judging people who are infinitely more able than I am, I should be the last to be wary of jumping to conclusions. But if a message came out of the French Grand prix, it was just that.

Paul Ricard, as everybody knows it, or Le Castellet to give it the FIA name, gets a lot of criticism. It’s flat and it’s got those ridiculous striped asphalt and tungsten run-off areas, which may or may not work according to who you ask. From many views it looks as though it was designed by a 1960’s Op Artist such as Bridget Riley, and I suspect it has caused some disorientation over the years. But the main criticism is that it’s visually bright with dull racing. Long straights, and little chance of overtaking.

Further jumping to conclusions was on the vexed subject of tyres. I confidently predicted that debris would be blamed for the Pirelli failures in Baku, but in fact it was no fault of Pirelli, merely “a circumferential break on the inner sidewall, which can be related to the running conditions of the tyre, in spite of the prescribed starting parameters (minimum pressure and maximum blanket temperature) having been followed.” So that’s clear then. Next snap conclusion: Red Bull and Aston Martin will be stymied by higher pressures.

There were also thoughts that, especially with the flexi-wing ban implemented after Baku, Mercedes would return to the dominant position they think they merit.

As seems to have become a regular thing, Hamilton looked a bit doubtful in practice, and tried several different setups before finally, at the last minute, reaching a good one. But it still left him behind Verstappen whose lower drag rear wing gave him some straight advantage without a severe corner grip disadvantage. Their team-mates filled 3rd  (Bottas) and 4th (Perez).

Considering that Carlos is viewed by some as the support act at Maranello, his performance on Saturday for 5th was faultless. The official Ferrari description was “satisfactory” which seemed a little underwhelming to many including probably Carlos who said “We managed to extract everything out of the car and show the progress we have made at this type of track. We are in a good position for the race tomorrow and we’ll try to maximize every opportunity.” Sadly, the slightly downbeat view of Racing Director Laurent Mekies prevailed on the day. Charles was 7th, separated from Carlos by Gasly and ahead of Norris, Alonso and Ricciardo, the last two looking increasingly comfortable in their newly adopted abodes.

Everybody knew that this would be a one stop race. With the softs being an “interesting and challenging” offering by Pirelli, mediums had been the Q2 tyre of choice. So everybody would change medium to hard after around 20 laps, drive to the end, finish in starting order, job done, and all very boring. Wrong on nearly every count.

It’s probably easiest to explain the front of the race if we start with Ferrari, who on this occasion did not score points. Carlos began according to script and maintained 5th with Charles in 7th until the stops.  Both then struggled, with Carlos gradually dropping to 10th and then 11th when he was passed by Stroll. Charles had even bigger issues. By lap 38 his pit stop dropped him to 16th, where he finished ahead of Raikkonen (presumably on a pension-builder weekend), Latifi’s Williams and the two Ukelele Haas. Carlos: “We really struggled with degradation ….regardless of the compound.” Charles: “I struggled on the two compounds we ran. We made [a late stop] for Mediums but it was the same as on the first stint: okay for three to four laps followed by heavy degradation.” The message was clear: the tyres don’t last.

Subsequent to the race, Mattio Binotto explained that the heat generated in high speed corners was causing the issue. He added “Two years ago we had a problem, we should have addressed it”, and went on to say that “to solve it now would need some hardware change, for example, the rims, which is not possible in the regulations.” Worrying words.

Back to the start, where Verstappen had been learning lessons from Hamilton. Sadly for him it was the lesson of “how to mess up the first corner”, as he over-cooked things, went slightly off, and handed the lead to Hamilton, which sounded like the death knell for excitement. Tyre degradation became a subject of radio chatter with several teams, and on this occasion Hamilton was not crying wolf. Clearly tactics would play a part and Mercedes changed Bottas a bit early. “Sacrifical” was a word that came to mind. Red Bull duly changed their lead driver. Hamilton then came in, had a faster stop in the pits, albeit a slower overall duration from entry to exit, but came out to his and everybody else’s astonishment behind Verstappen. Over-relaxed Mercedes/Hamilton in-laps, superhuman powers by Verstappen, and genius tactics by RedBull were all credited. As always, probably a mix of all is the answer.

From there on the race became tense. Hamilton pressed Verstappen, which helped nobody’s tyres but was entertaining and the right thing to do. Max took a second set of mediums on lap 32, dropping back to 4th and 18 seconds behind the Brit. Perez was clearly co-operative so Bottas became the next target and though it took 9 laps, he was not going to hold off the RedBull. Eventually he over-defended at the Chicane and was passed, complaining colourfully about being made to stay out on dead tyres. In all seriousness, the nature of his radio call does raise questions of temperament. In similar circumstances, all-round hero and fellow Finn Kimi uses fewer, less sweary  yet more expressive and memorable words. Learn from the master Valteri. One must assume that winding up Bottas was the reason he wasn’t given a late set of tyres to get fastest lap after he’d been passed for the last podium place by Perez, for there can be no other good reason. As it happened, Verstappen got the point for that, which may prove to be embarrassing for Mercedes later in the year.

With 9 laps to go, “only” Hamilton then remained, which would normally be an insuperable challenge. However, thanks to degradation Hamilton had little grip and in the end (lap 52) he effectively gave way like an intelligent gentleman.

Surprisingly, there was also action elsewhere as Norris and Ricciardo finished a fighting 5th and 6th, the inevitably reliable Gasly was 7th, Alonso 6 places ahead of his team-mate in 8th, and Aston Martin presumably suffering from tyre restrictions, in 9th and 10th, Vettel edging out young Mr Stroll.

Breathless excitement, a lack of damaging incident, and silly radio calls by Bottas. What more could be asked of a Grand Prix? Well, a few points for Ferrari please. After a boost from the street circuits, this is beginning to get worrying. I hope I’m jumping to conclusions.