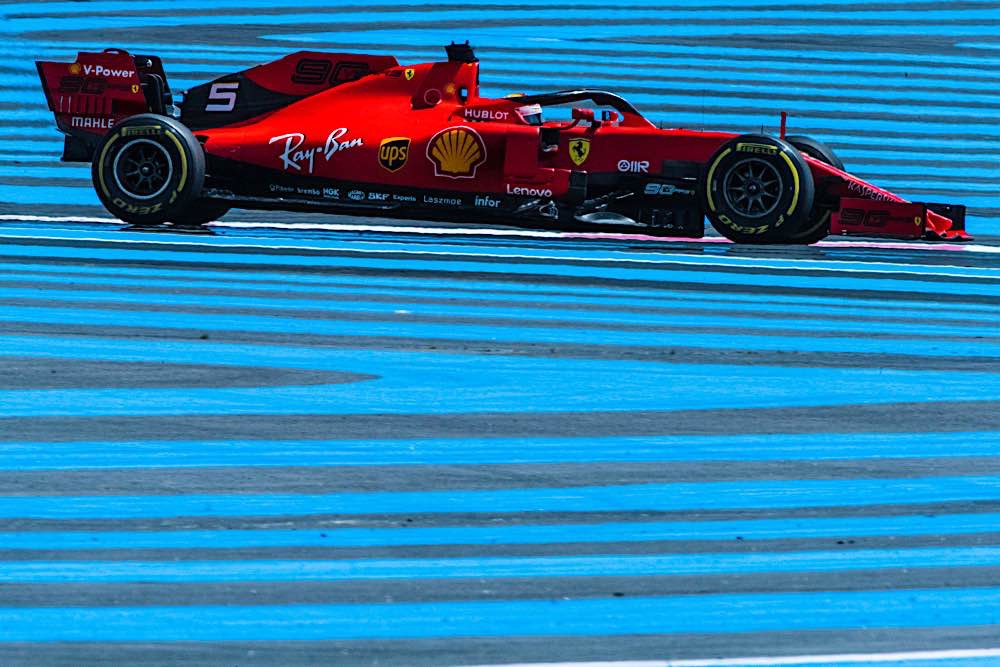 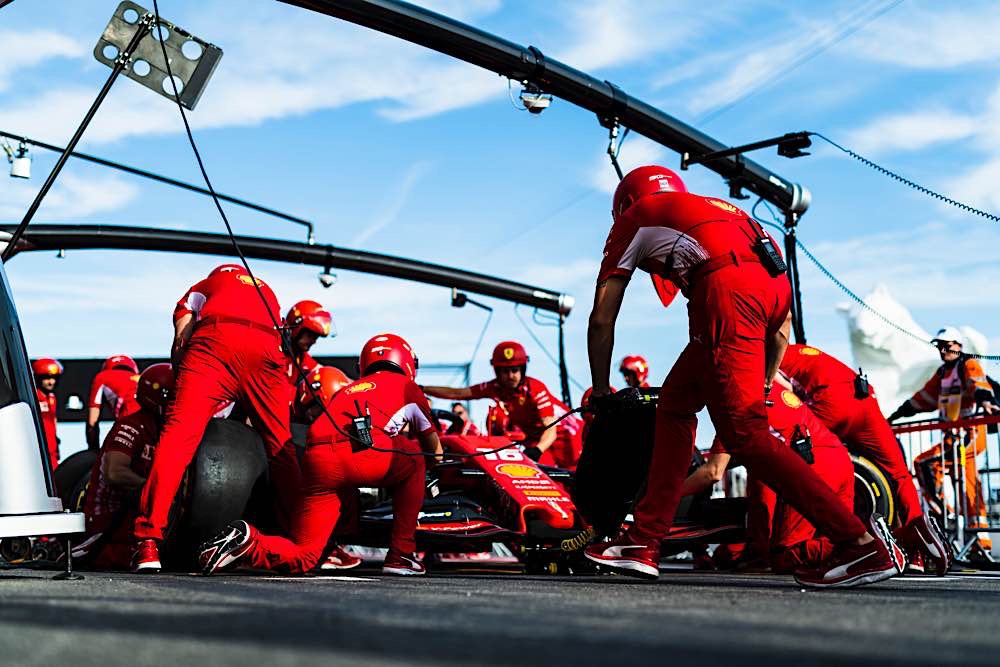 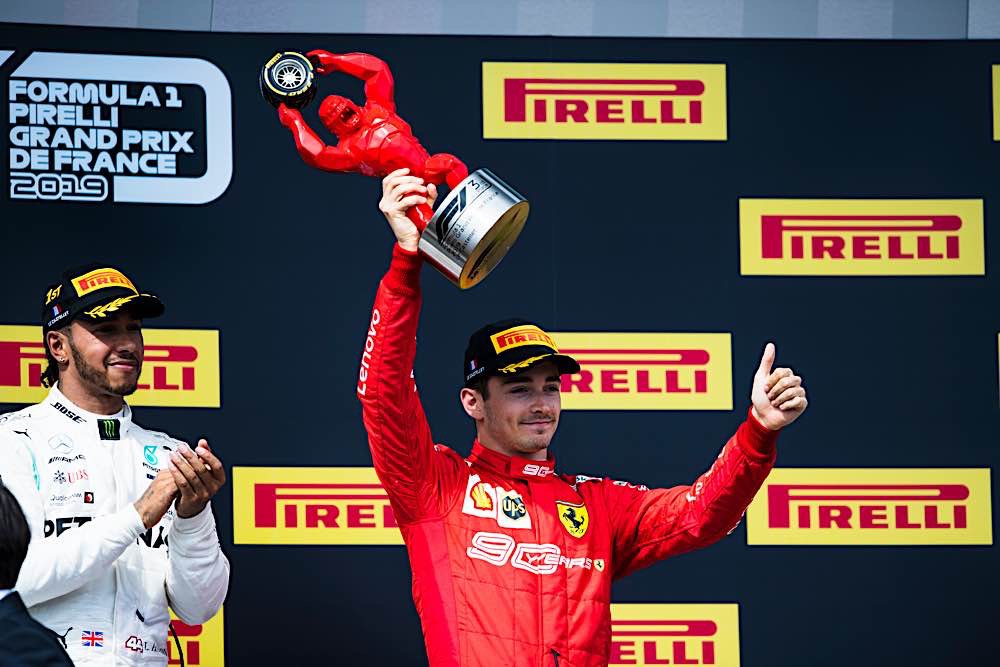 Thumbs up despite 3rd rather than because of it

“Aerodynamics are for people who can’t build engines” is a quote oft attributed to Enzo. It embodies the earlier days of Ferrari when they frequently had the most powerful cars, but sometimes the most “challenging” handling for the drivers. Whilst the result was often victory, it wasn’t always so. Sometimes the tracks suited a “nailed down” car rather than one with outright speed. A Grand Prix on a tight circuit could be won by a relatively nimble car, or there would be battles as cars passed on the straights  to be re-passed in the corners. The 60s, 70s and, to a lesser extent, the 80’s were a time when there would be very different solutions to the design questions. Compare, for example, the 312B2, the gloriously misguided 312B3 Spazzaneve and the Lotus 72D. All raced in 1972, and my guess is that whilst a slide rule was used, a computer wasn’t. Only three years earlier Apollo 11 had put men on the moon with less computing power on their IBM 360s than you have on the phone you could be reading this on, and the landing module had less computing power than your microwave. Today, your laptop could probably run a rudimentary CFD program as good as any available to the teams 15 years ago.

The result of the progress in computing is that effective design and analysis is available to everybody. To add to this, the rules are highly prescriptive. The flair of an inventive designer has given way to the sledgehammer of numerical analysis and Navier-Stokes equations. Similar solutions unsurprisingly arise independently and so the cars all look, and perform, in a similar way. I’ve been as bad as anybody else in ridiculing the lamentable Williams, but by any standards it is very good indeed. It is just that the other 18 cars are slightly better, and, even worse, the best (sadly currently the silver cars) are almost always “slightly better” than the rest. Differentiation is by many small variations, not one or two big ones. As all the teams work to improve, a change in the order is difficult to achieve, unless of course it’s of the down-the-order self-inflicted McLaren style of the last few years.  There may be differences in the cars – we’ve spoken about the downforce of the Mercedes in the past – but the difference is nuance.  As a consequence, the opportunity for real racing, as opposed to droning round quite close together, is reduced. Whilst we don’t have “one make” racing in F1, we may as well.

But surely, you cry, there is a differentiation in the drivers? Indeed there is, but if one of them dares to show it by actually racing, there’s a good chance that the sporting rules, arguably as prescriptive as the technical rules, will penalise him. Seb in Canada, Ricciardo (spoiler alert) in France. Can you remember when Grosjean was last passed without a radio cry of foul?

The sport has set itself up for dull racing, and at Le Castellet, the perfect storm happened.

Qualifying was spiced up by a change in wind in Q3. Bearing in mind that downforce varies with the square of speed and turn 14 is approached at nearly 300kph (around 180mph), it doesn’t take much of a change in the wind to unsettle a car hanging on the edge of grip. Even Hamilton twitched, but still had pole from Bottas, who this weekend was very much the number two. There was some frustration at Ferrari as the hoped for advances in aero proved to be dubious in certain areas. Charles was third, 0.65 sec away from Hamilton, even without a twitch. Seb, on the other hand, had a bundle of troubles. His first Q3 run suffered from a missed shift to fourth, and the second was good enough only for 7th. “I just couldn’t feel the same car that I had maybe in other parts of qualifying. I didn’t get a consistent feel for the car” he said.

Verstappen took advantage of Seb’s troubles to put the RB15 into 4th though was also worried by the Mistral, whereas his team-mate Gasly continued to disappoint with 9th.  There seems to be talk that Kyviat may be swapped back from Torro Rosso; a slightly more interesting view is that Albon is not only more talented but increases the global spread for the sweet pop company with his Thai licence. Whatever happens Gasly can have little future.

Lando Norris continues to impress as much as Gasly disappoints, being in 5th with Sainz only marginally slower and right behind.  Supposedly they had the “customer” Renault engine, but as they were half a second faster than Ricciardo in the works car (Hulk didn’t make Q3), they must have finally got the aero about right. Considering the Ferrari engine is generally better than the Renault, so that presumably applies to the “B Spec” too, Alfa might have been a bit disappointed with a best effort of 10th for Giovinazzi.

A cynic might be forgiven for being bemused when the cars actually lined up for the race in the order of their qualifying times, penalty-less. The FIA promised that it wouldn’t happen again if they could avoid it.

When the race got under way there was a flurry as Charles challenged Bottas into turn one, while Norris and Sainz attacked Mad Max.  Sadly all came to nought, and Verstappen then pushed Charles.  That was repulsed as well. There was some confusion in the pack resulting in excursions to the no-mans land of the track’s run-off areas for Albon and Perez. There was a bit  more action as Sainz raced Verstappen, who unsurprisingly was “robust”. But no change in order.

By lap 7, Seb had out-braked both Norris and Sainz, leaving the order as Hamilton, Bottas, Leclerc, Verstappen, Vettel, Sainz, Norris, Gasly, Ricciardo and Raikkonen.  Whilst there was pit-stop “excitement” if that’s your sort of thing, the order, after the pit-stops had equalised, was the same on lap 51 apart from Gasly dropping back to 11th following a tactically deficient pit-stop. Ricciardo had even greater troubles, having a couple of off-track excursions on the last lap which involved Sainz and Raikkonen. What was the closest thing to real racing in the event unfortunately led to a formulaic 2x 5 second penalty and a 4 place demotion.

At least Charles had a podium, but that scarcely made up for the tedium of this race. Seb did well to gain 2 places to finish 7th, but as there had been hope that those wind tunnels and CFD would make a difference  in France, he must be disappointed, remembering fondly his days of near dominance. A scribe more perceptive than I am has pointed out that Seb’s performance has slipped since James Allison moved. Could this be coincidence? The same scribe also suggested that if Seb is as frustrated as we may speculate, perhaps he will go at season end. And the suggested replacement? Well a certain Spaniard still has unfinished business…..