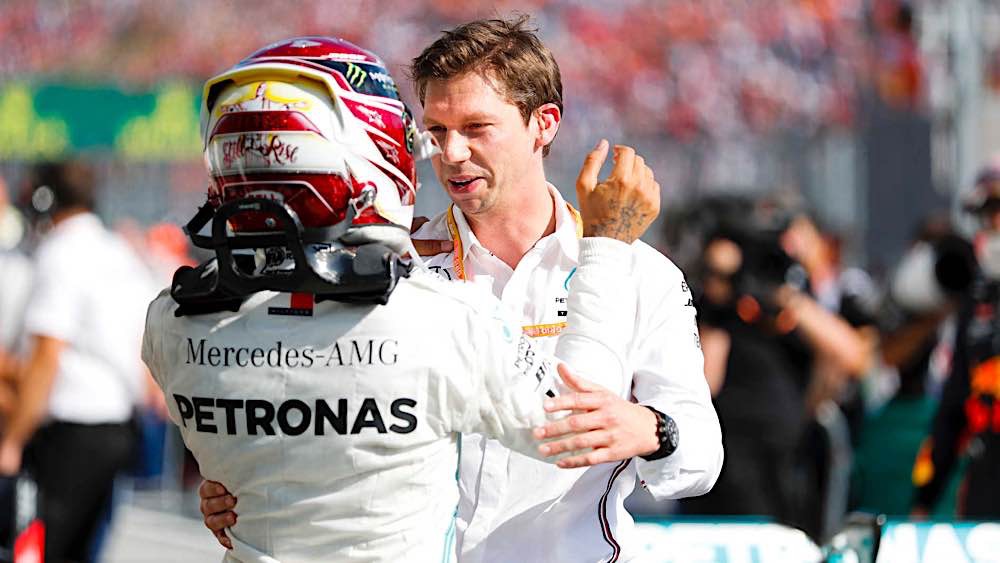 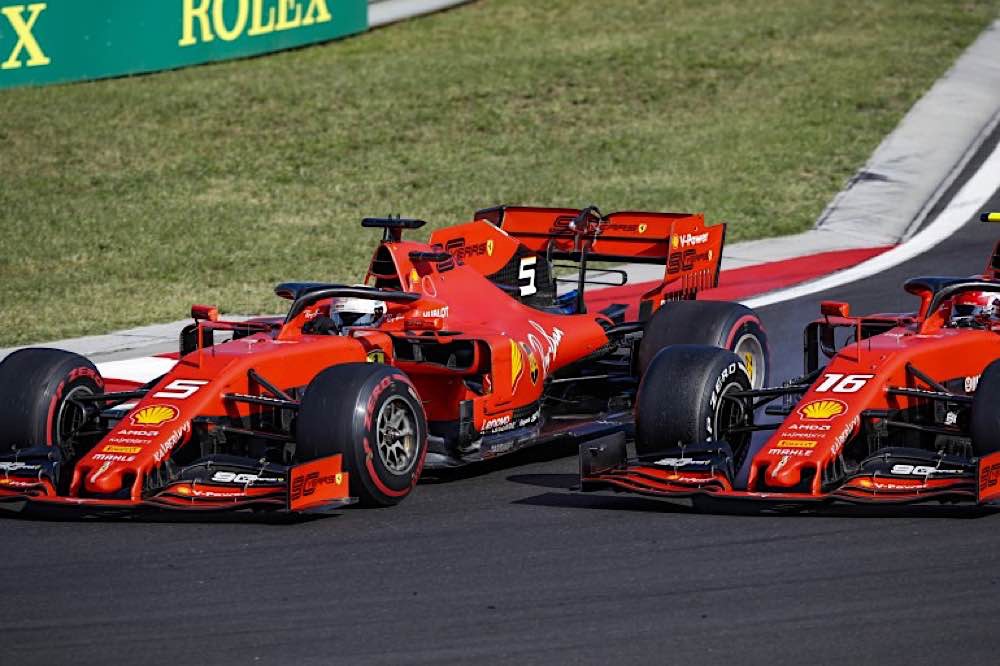 Five days after the chequered flag had ended a chaotic German GP the F1 circus commenced practice for the 12th round of the 2019 Championship in Hungary. Ferrari chances had perhaps been boosted by Sebastian Vettel’s form at Hockenheim, his confidence returned after an impressive charge from the back row of the grid to a podium finish, while Charles Leclerc needed a good result after his daft accident in Germany.

Friday practice provided little guidance for the weekend as the second session was ruined by unseasonable rain, although the first session had suggested a competitive weekend with Seb within 1/10th of a second of the pacesetting Mercedes’. Saturday’s final practice continued the trend with both cars within 3/10ths of the fastest time, with Seb again leading the challenge. Unfortunately qualifying highlighted pre-race expectations with the circuit’s mainly slow speed corners negating the Ferrari power advantage on the main straight, leading to the two cars qualifying 4th and 5th, but now over half a second from pole, gained surprisingly by Verstappen in the Honda-powered Red Bull. Charles, although the quicker of the Ferrari drivers, had his team to thank for his 2nd row start as an error at the last corner in 1st qualifying meant hasty work in the pits was required to repair the rear wing/diffuser in order for him to appear in the second session of qualifying.

Race day was hot and so tyre life would be key on a circuit generally recognised as the most difficult to overtake on in F1, after Monaco. An error from one of the top 3 would also help the Scuderia and thankfully the two Mercs battling for position off the line led to slight contact at turn 4, so Charles was able to pass Bottas into turn 5 and come through at the end of lap 1 in 3rd place. With the Mercedes front wing needing replacing Vettel was soon through into 4th place, but any chance of a better result was dashed by the pace of Verstappen and Hamilton, who were in a race of their own. By lap 25 Verstappen could pit and still come out in 2nd place such was their pace advantage, so the race for Ferrari became “who would be on the podium”? Both cars had started on medium tyres, on which Charles needed to pit on lap 27 after which he ran the hard tyre to the chequered flag. Vettel though used his experience to delay his pit stop until lap 39 which allowed a change to the soft tyre.

A 30 lap chase to the chequered flag commenced, with Seb passing Charles with 3 laps remaining, thus sealing another podium, albeit 61 seconds behind the winner. At the front Hamilton was in his own successful chase, hunting down Verstappen to win after a brilliant strategy call for another pit stop (which he queried) gave him a significant tyre advantage.

So after 12 races (as long as any F1 season until the 1970’s) and the first ‘half’ of the Championship the Ferrari drivers are 4th and 5th in the drivers’ championship, while the team are 2nd in the Constructors, 44 points in front of the resurgent Red Bull. Thankfully the season recommences on the acknowledged power circuits of Spa (where the Scuderia last topped the podium) and Monza, so good results are likely.

The other Ferrari powered teams achieved one top 10 finish, with Raikkonen in the Sauber using his experience to turn a 10th place starting position into 7th at the finish; unfortunately his team mate, Giovinazzi could only achieve 18th place, hampered slightly by a 3 place grid drop for blocking Lance Stroll in qualifying. While a front runner in GP2 and experienced F1 test driver, Giovanazzi does not appear to be delivering results in F1, emphasised by him only contributing 1 of the teams 32 constructor’s points to date. Rumours of his seat being taken by Mick Schumacher remain and as Mick won his first F2 race in Hungary they are unlikely to go away.

Haas continued their ‘soap opera’ F1 season, with questionable sponsorship deals and warring drivers helping to ensure they will take a leading role in the 2019 Netflix film of the season. Romain Grosjean again ran the ‘Melbourne’ spec (ie early season) Haas in an attempt to identify the car’s inherent problems and managed a respectable 9th in qualifying; that was the high spot of his weekend, as he was the only race retirement. Magnussen effectively finished where he qualified in 13th running the newer specification car and for once managed not to hit his team mate in the race.

Elsewhere, the McLaren resurgence continued with Sainz in 5th, this week outshining his team-mate who could only manage 9th, 5 seconds behind Bottas, and well ahead of their engine supplier’s cars.

Now it’s time for a break.  See you at Spa, and Forza Ferrari!