GRAND PRIX: Italy: …and then we went to Monza 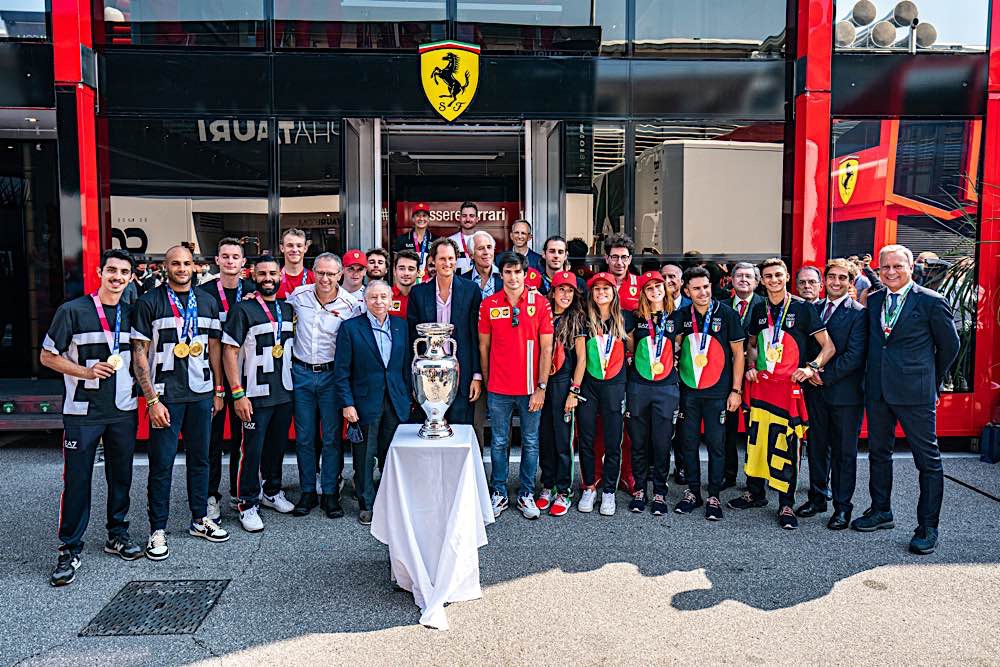 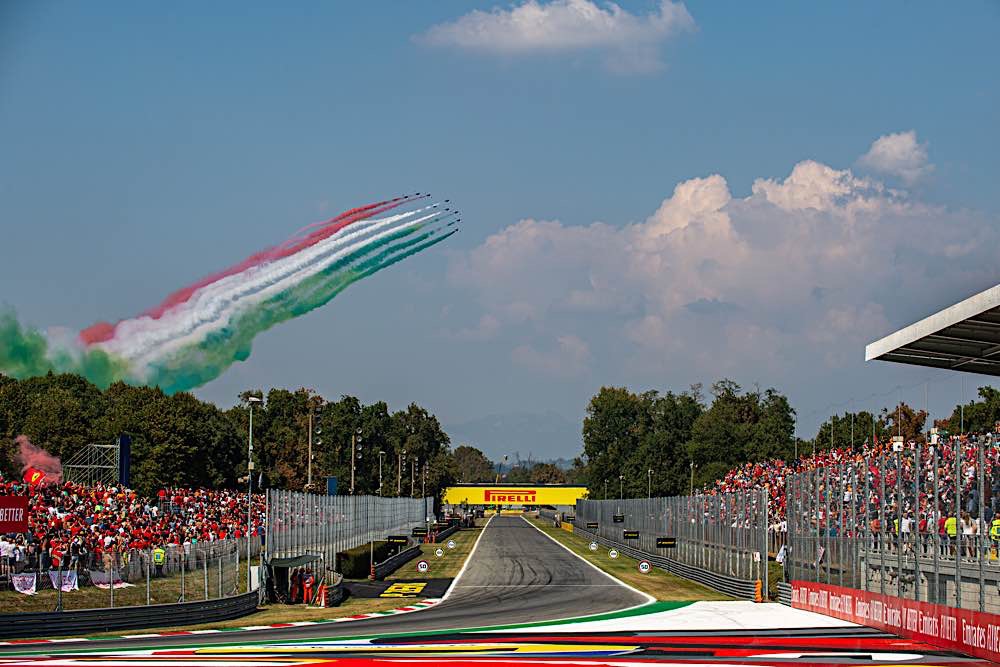 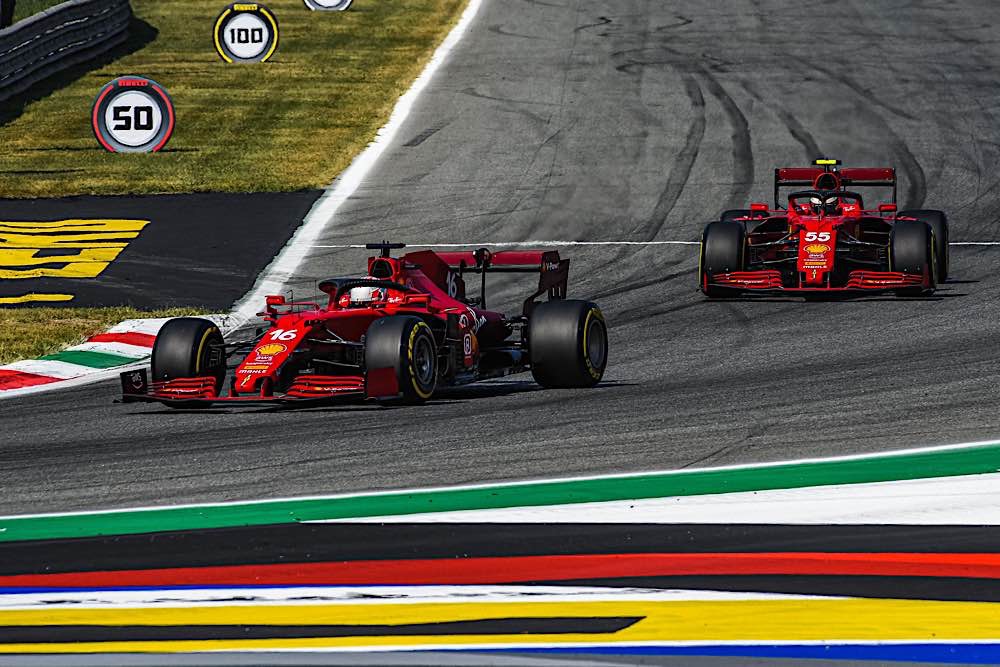 Each Christmas I look forward to a driver “autobiography”. I realise that most of them are ghost written, which explains why one of my favourites is Bruce McLaren’s, written by Eoin Young. Least satisfactory are those which bemoan the unfairness of life, for example where Eddie Irvine complained about lack of finances despite Phliip Morris support, or when the book is a list of poorly described races, epitomized by the cliché “and then we went to Monza”. Quite an interesting if ultimately unsatisfactory book was that about the Monza Covid absentee, Kimi, which goes to great lengths to describe his unconventional lifestyle. The book naturally has one of F1’s favourite quotes on the cover- “Leave me alone, I know what to do”. You don’t need to buy the book (though with his retirement expect a reprint) because that says all you need to know about Kimi. Sadly at Monza, a similarly characteristic but far less witty comment reinforced our thoughts about Max.  Fast, ruthless, and basically lacking any shred of humanity, as he sat with his right rear on Hamilton’s rollover bar he radioed “That’s what you get if you don’t leave any space.” At the very least, to say such a thing in public shows a depth of stupidity rare even in F1. Though since the comment was followed by Hamilton trying to reverse out from beneath the RB, that level of stupidity must be contagious.

Monza was a Sprint Qualifying round so there was qualifying for the qualifying, if you follow me. Amongst the  Q1 eliminations was  Kubica, struggling bravely but only slightly less disappointing than in Holland. Q2 lost Aston and Alpine, and it is interesting that now Russell not making Q3 is worthy of comment. In Q3 Verstappen needed a tow from Perez to reduce the gap to Hamilton in the first runs, but in the final runs he could only manage 3rd behind Hamilton, with Bottas (getting a tow from the Brit) on pole. McLaren’s resurgence continued with Norris and Ricciardo next, while Gasly edged out Carlos and Charles, leaving Perez (acting as Verstappen’s tow truck) 9th and Giovanazzi in 10th.

Sort of Race, Sort of Qualifying

The Petit Prix sprint is still controversial, but it does have the merit of mixing things up a bit. Hamilton had a bad start so dropped 3 places. In his excitement at overtaking, Gasly clipped Ricciardo, the weakened wing soon depositing him in the barriers. At the flag, Bottas had a 2 second lead which was to no purpose as a power unit change demoted him to the back of the grid, 19th, joined by Gasly who had a power unit change, gearbox change and a penalty for the team working on the car in parc ferme, which didn’t matter as any single “offence” would still have put him at the back.

This meant that the grid ended with Verstappen ahead of Ricciardo who had finessed Norris, Hamilton in fourth, and then Charles and Carlos in fifth and sixth, which was better than it was looking earlier in qualiqualifying. Giovannazzi, Perez, Stroll and Alonso completed the top 10. Bearing in mind how much teamwork can help on a slipstreaming circuit, one wonders whether Verstappen might have been better off with Perez a bit closer.

The drama was not over yet, because “P2” (or “Sunday Morning Warm-Up” as the older fans refer to it) brought worrries for Ferrari. Carlos lost control of his car midway through the Ascari chicane and went hard and nose-first into the barriers on the left side of the track. “I had a massive crash,” he told the team before adding: “That hurt a bit but I’m OK.” The red flags were displayed and running was halted for almost 13 minutes. Then five minutes before the end of the session Charles radioed the pit wall telling them that he had to stop and that he would explain when he returned to the garage. He boxed and did not take any further part in the session.

Only 2 races ago, who would have predicted that Ricciardo would lead out of turn one?  Hamilton, on hards as a strategy to get an advantage by long running,  had a good start and attacked the second place Verstappen but robust defending caused Hamilton to drop back and also Norris to retake third. Chares and Carlos retained 5th and 6th until Perez split them on lap 9.

Lap 22 was the start of pit stops, and to the horror of the reduced orange army, Verstappen, after failing to do a fast lap to “pass” the early pitting Ricciardo suffered a jammed wheel. A stop 8 seconds longer than the norm dropped him to 9th, 3 places behind his target Ricciardo. Hamilton then pitted on lap 25, which had the pleasant effect of promoting Charles to lead the race, though of course he had yet to change tyres. However, Mercedes were unable to capitalise on the RedBull wheel jam, as their stop was a second and a half slow. If it were not for that problem, Hamilton would have left the pits with a lead of just over a second over Verstappen and gone on to pass the McLarens on laps 47 and 52 to win the race. You’ve seen that old script as many times as I have. But the pit problem put him just in front of Max, who saw an opportunity and braked late. Too late to get round turn one properly, and the chicane kerb launched him into Hamilton, giving the halo a thorough test. In the accident, Hamilton reminded me a little of Prost. Whilst Verstappen was clearly overly aggressive, Hamilton didn’t give him enough room, but did that with a lack of subtlety that suggests his heart isn’t really in dirty.

As at Silverstone everybody on social media became an expert, so like my good friend Winston I will merely report that both cars were out, and the stewards decided that the Dutchman was at fault so docked him 3 places at Sochi. I will also report that this was not met with universal agreement, and there has been a general “handbags at dawn” between Mercedes and RedBull ever since. If only teams would grow up and shut up. It has also been pointed out that had the much taller Russell been driving the Merc, the outcome might have been different unless the closely packaged Merc was a bit bigger.

The good news for Ferrari was a safety car and a “free” stop for Charles, who after all was settled was 2nd. Unfortunately this was not to continue as Norris was faster and took Charles to make it a Macca 1-2 on lap 31, while on the next couple of laps the number 2s, Perez and Bottas came past. Having been distinctly average at some races, Bottas was on top form at the Autodromo, coming from 19th to 4th by lap 34. Who says overtaking is tricky at Monza? It clearly isn’t if the car is faster than anything else, and also if you’re on mediums when everybody else is on hards. The off-the-wall tyre strategy paid dividends, though Bottas wasn’t able to pass Perez, despite getting ahead on one lap at Curva Grande.

Thereafter, the excitement waned as the last 20 laps had little in the way of passing. At one point Norris tried to claim he was faster than Riciciardo and should be let by, but this was slapped down. The finishing order was therefore Ricciardo, Norris, Perez, Bottas, Leclerc, Sainz, Stroll, Alonso, Russell and Ocon. Happily for Ferrari, Charles was promoted to fourth when Perez received a 5 second penalty for gaining a place while leaving the track in his overtake of Charles.

Despite being nearly on the podium, the official team line is quite downbeat. “All things considered, the result matched expectations, given how the weekend panned out and the fact it took place at the Monza track with its long straights. Charles and Carlos produced solid performances getting everything out of their package and both men were always in the group fighting at the front, even if their lack of speed on this type of track had a significant effect on the final result, especially when battling with other cars.”

Charles, on the other hand, said “I put my whole heart into it today. In terms of my personal performance, I would rank this as one of my top drives since joining Formula One……and I had fun driving.”

Another respectable performance from the once lamentable Williams and the season’s first one-two by any team for McLaren does bring into question whether some teams are perhaps pushing development of the 2021 cars at the expense of next year’s. Nonetheless, how good it is to see Ricciardo back from the brink, with his trademark smile, even if drinking champagne from his shoe did make your reporter gag. To see Norris delighted with second was another tonic.

To finish on a positive note, Mattia Binotto showed true sportsmanship when he said at the end of his after race comments “Congratulations to McLaren who have won for the first time in nine years: they are back in third place but there is still a long way to go this season and we will do our utmost to fight for it right to the very end.” Let Mercedes and RedBull learn that it is possible to be rivals without being enemies. Essere Ferrari.