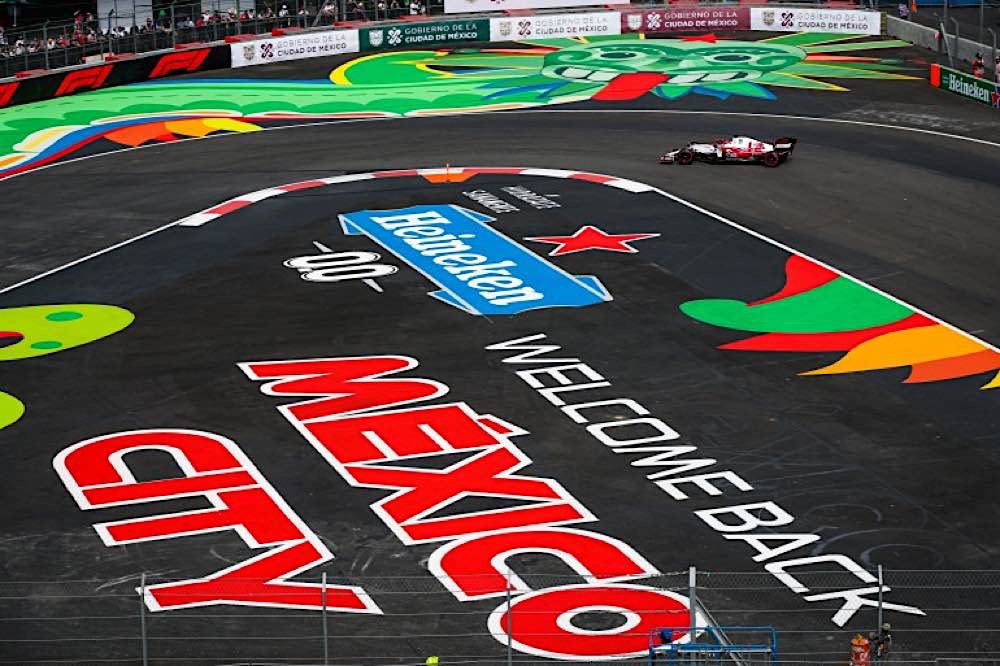 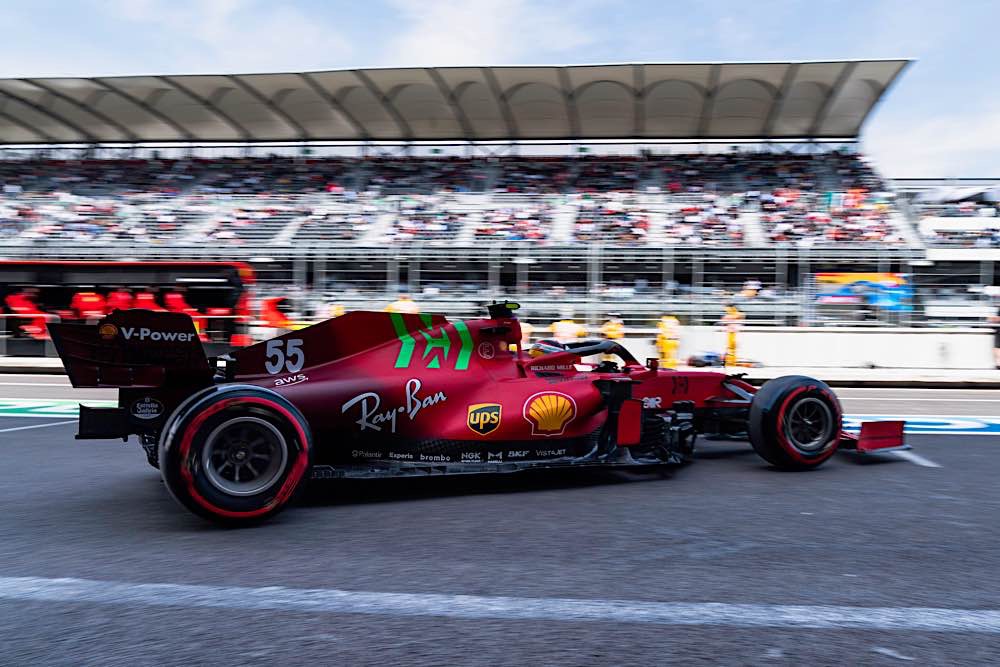 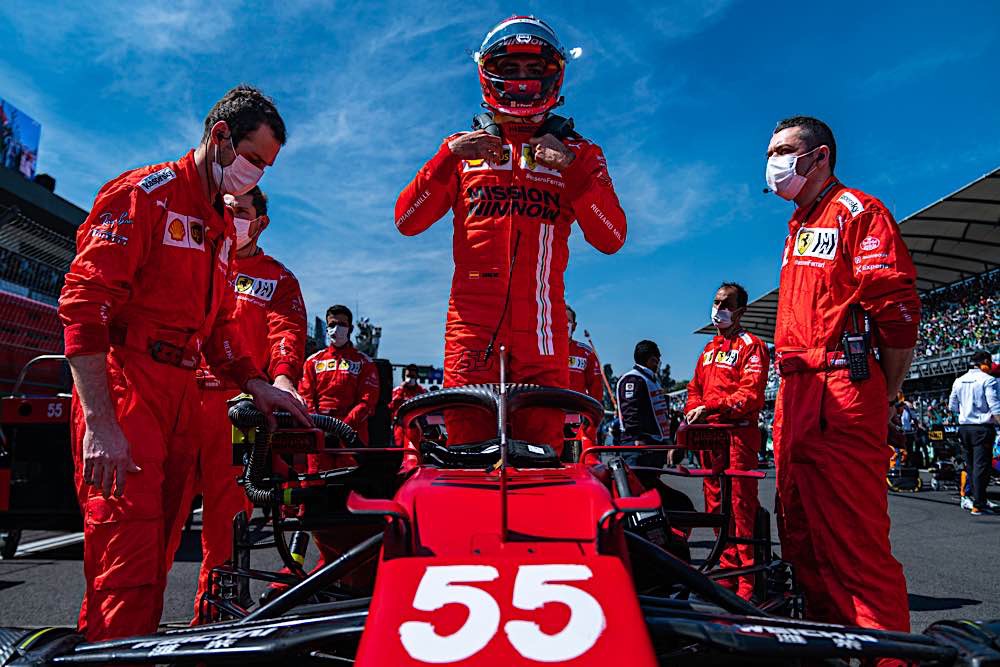 The 22nd Mexican Grand Prix was won in impressive style last weekend by Max Verstappen in his Red Bull, while the Scuderia retook 3rd place in the Constructors Championship after securing 5th and 6th place finishes for Charles Leclerc and Carlos Sainz.

Speculation during the previous race weekend in Austin, Texas had centred around the potential change in ownership of the Alfa Romeo Sauber team. Gossip suggested that Andretti motorsport were keen to expand their motorsport portfolio, with Liberty media equally keen to encourage an ‘American’ team onto the grid, helping their attempts to increase US interest along with the rumoured three Grand Prix in the country by 2023.

Consequently, the second seat at Alfa for 2022 has yet to be announced, with the gossip suggesting Colton Herta, the young American star of Indycar Racing being lined up for a chance at Grand Prix racing, and thus relegating Ferrari junior Antonio Giovinazzi. Mexico confirmed the rumours had been true, but Michael Andretti (Mario’s son) stated the deal was not possible due to ‘control’ rather than financial reasons; how you can buy the team but not take control is beyond me, but with Alfa-Sauber obviously for sale (next suitor VW /Porsche/Audi…please let it be Skoda?) where does this leave options for the ‘Ferrari’ academy drivers ?.

At the beginning of this season Mick Schumacher, as a Ferrari academy driver was promoted to the Haas team, with Giovinazzi remaining at Alfa. Ferrari would appear no longer to have significant influence on the number 2 seat at Alfa, and Haas have no vacancies, so there is no room to promote the excellent Robert Schwartzman from F2, with a role in the Ferrari Le Mans supercar program his anticipated berth for 2022. As for Mick, although he has had a solid season at Haas, can anyone seriously consider he will replace Carlos at the Scuderia in 2023? More mediocrity at Haas seems likely, but who knows?

As for British interest in the Ferrari Academy, Callum Ilott, F2 runner up in 2020 has now signed for a season of Indycar in 2022, while a new signing is Ollie Bearman. This 16 year old Brit, a past karting star has just won the Italian and German F4 titles, and is likely to race for Prema in FIA F3 next year having conducted the end of season test with them at Valencia recently. As Prema are the ‘team to beat’ in F2 and F3, could Ollie challenge Lando Norris as being the youngest ever British F1 driver?

Practice in Mexico highlighted the gap between the top two teams and the rest with all three sessions having the two Red Bull and two Mercedes drivers leading the times, followed by Gasly in the 3rd Red Bull (sorry, AlphaTauri, it’s an easy mistake) and then the Ferrari twins. The 3rd session had highlighted Red Bull dominance, with a 0.5 second gap to Mercedes, repeating their dominance in 2018 (when Renault powered).

Qualifying was thus expected to be a Red Bull walkover, but with higher afternoon temperatures Mercedes appeared to get their tyres into the correct ‘sweet spot’ resulting in a front row lock out, led by Bottas. The three Red Bulls followed, although an attempt by their 4th driver the young Japanese Yuki Tsonoda to assist Gasly nearly backfired as he ran off the road just in front of Perez, delaying both Perez and Verstappen! The slipstreaming tactics did cement 5th for Gasly, meaning Sainz and Leclerc had to settle for 6th and 8th on the grid, separated by Daniel Ricciardo in the first McLaren. The three were covered by 0.076s or around 5 metres over the 4km lap. Tsunoda and Norris completed the top 10, although engine penalties meant they would start at the back.

The other Ferrari associated teams benefited from numerous drivers receiving engine penalties, with the Alfa drivers starting 10th and 11th, and the Haas twins 14th and 15th, with the drivers having qualified 12th,14th,18th and 19th respectively. A good advert for F1 rules…

The Mexico City circuit features one of the longest straights separating the start from the first corner. It represented the best chance for any overtaking as the thin air and high temperatures meant following another car closely was all but impossible. Consequently, the start was all important, and although the Mercedes duo tried to work together Verstappen mugged them both by slipstreaming past them on the racing line and claiming the first corner. Bottas, obviously under orders not to impede Hamilton, braked early and was rear ended by Ricciardo, spinning him round and leading to both pitting at the end of lap 1. Surprisingly the Aussie received no penalty from the stewards, in contrast to when Bottas locked up in Hungary and took out Norris and Verstappen in much worse track conditions. Consistency?

Whatever, a safety car was called at the end of lap 1 as Tsunoda and Schumacher had also fallen over one another in the tight turns 1, 2 and 3 complex and their cars needed to be removed. The top 10 order behind the safety car was Verstappen, Hamilton, Perez, Gasly, Leclerc, Giovinazzi, Sainz, Vettel, Russell and Raikkonen. Disappointingly, with the exception of Giovinazzi (early pit stop) and Russell, that remained the top 8 ninety minutes later, with overtaking being an issue even for the leaders when trying to lap cars. Let’s hope the new regulations help?

The Verstappen/Red Bull victory was emphatic. His win means he now leads the drivers’ championship by 19 points while the Red Bull 1-3 finish means they are only 1 point behind Mercedes in the Constructors championship. A solid result for Ferrari meant they now move up to 3rd with a 13.5 point lead over McLaren and 4 races remaining. Alpine in 5th are well behind, so an improvement on last year’s 6th place result is all but guaranteed and a good base on which to move into 2022.