GRAND PRIX: Mexico: We have a Plan 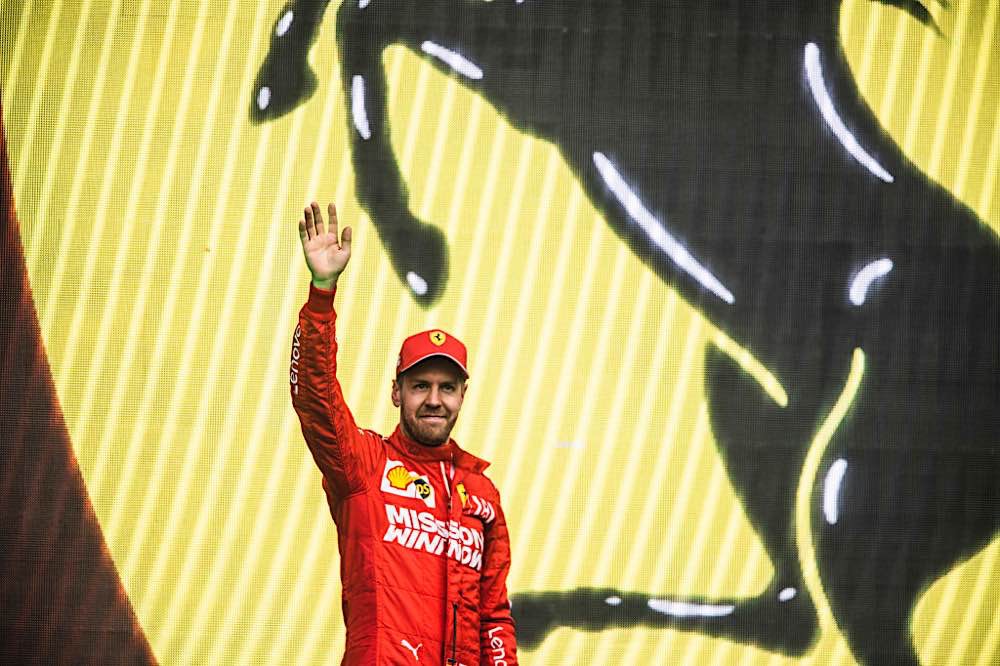 Seb was second to the wrong winner 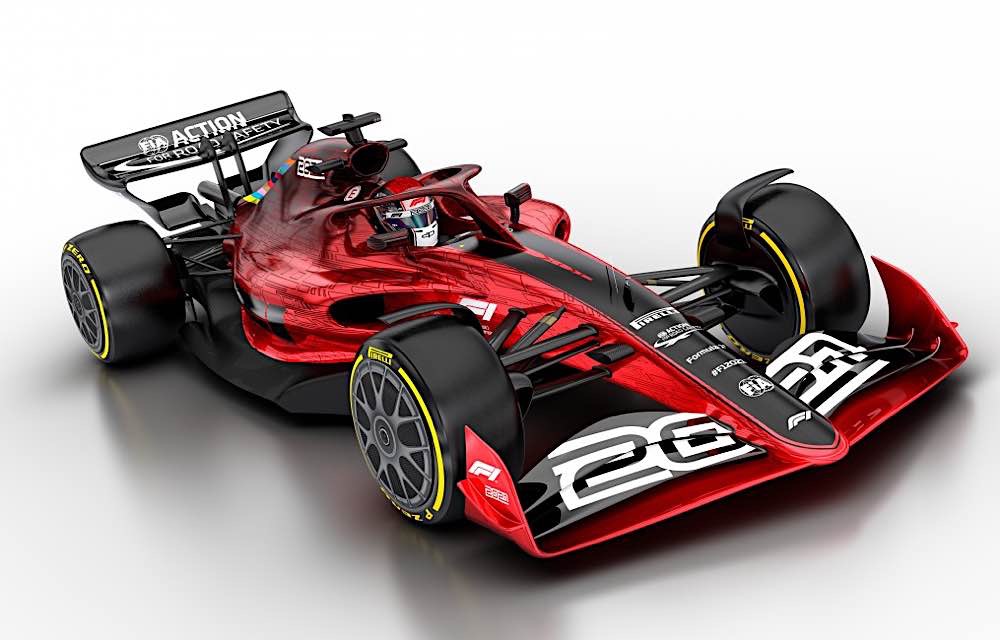 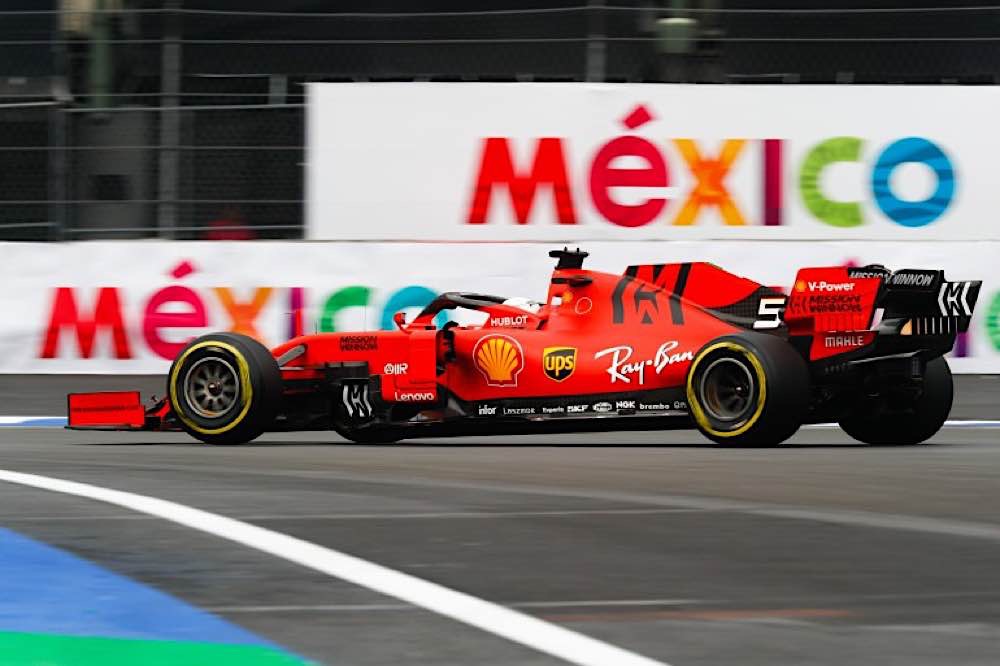 Mexico's temperature and altitude have a big effect

The FIA have now announced their 2021 plans. They still have to be approved, and of course Ferrari have a veto. In principal they seem to be a reasonable rule set to achieve the conflicting requirements of better racing, good looking cars and external pressures. The first is mainly achieved by deleting the many messy aero vanes, multi-plane wings and flat floor-based downforce.  The key features seem to be skirtless ground effect downforce and simpler wings which result in much cleaner air – the downforce loss to a closely following car is apparently reduced from around 45% to 15%. The clauses banning heave springs which help control the ride height might have a big effect on how the downforce is consistently achieved.

Another significant move would appear to be a $175m limit. As an accountant, I found this fascinating. The rules can be seen here and while $175m sounds (irony warning) a tiny amount, it’s amazing what is excluded – driver and “star designer” costs for one. Other features of the rules concern standard designs, open source designs and parts which can be sold to other teams, with the aim of reducing costs. Finally, the engines stay substantially unchanged. Whilst the reality is that a “simple” V10 would be better in every respect (noise, cost and whole life environmental impact), the turbo hybrid V6’s remain because that’s the way road cars are going and F1 rightly can’t be seen to be using old tech.

They look good plans, but as we shall see, the best of plans don’t always work out.

Qualifying would have been completely to the form book if Bottas had not planted his Merc dramatically into the wall. His Q3 banker has been good enough for overall 6th, but Albon was only a tempting 15/100th away. The yellows came out almost immediately, and that “almost” was crucial because Hamilton got through before the yellow. It didn’t alter his 4th grid slot, but would he have slowed if the yellow had been out? Seb, being a total professional, slowed, possibly missing pole, but already was just behind Charles who had qualified second. Verstappen didn’t slow, and was somewhat childishly contemptuous of the situation at the press conference, thinking that losing the lap didn’t matter as he already had pole from the first hot lap The stewards thought otherwise and gave him a three place penalty, which was probably generous in this writer’s view. So Charles ended on pole, Seb next and Hamilton in third. The Honda, whose turbo suited hot and high Mexico, pushed Albon to 5th, and he would prove to be the “kingmaker” in the race.  In accordance with the form book, Sainz and Norris filled 7 and 8 with Toro Rosso finishing the top ten.

For the race, there was A Plan.  The numbers showed a 2 stop as the way to go, but what they failed to factor in was that the hards were an ideal, long lasting tyre in the race because of temperatures in the mid 40’s.

The good news for Charles was that he had an exemplary start. The bad news for Charles  was the rest of the race. Hamilton started well too, and tried to pass an unsighted Seb. Hamilton ended on the grass, which gave the opportunist Verstappen a chance to get alongside the Brit. But Hamilton had a twitch and by the time the two had sorted themselves out Albon and Sainz were past both, Verstappen falling still further back. By lap 4 he was trying to pass Bottas at the hairpin, resulting in a puncture as they clashed. Verstappen limped to the pits on the rim, and when he rejoined he was well out of contention, hobbled by an excess of aggression.

After 14 laps, Albon tried to undercut Charles and Seb, committing to 2 stops. The Ferrari plan was two stop, and at this point the proof that hards would both last and have grip wasn’t clear, so Charles was pulled in for mediums, dropping to 4th behind the two Mercs, and he wasn’t wholly happy. In fact, Albon had inadvertently scuppered Charles’ race. The mediums lasted a whole extra 22 laps on Seb’s car, but by then Mercedes had taken a risk on Hamilton and on lap 23 put him on hards. Whilst he dropped from second to 4th, the pits stops put him back to second by lap 38, and when Charles made his second (slow) stop the race was effectively over. New tyres proved to be not sufficient to get past the Mercs and Sebwho were generally happy on the hards, and Charles, who could have romped to a win, was doomed to 4th.  The team hadn’t been brave enough with Seb, and so he was doomed to second behind Hamilton, with Bottas in 3rd and Albon 5th, which was the formation for the last 27 laps.  As indicated by the FIA’s 2021 plans, lack of real, clean track overtaking is still an issue.

Verstappen had risen up from dead last to 7th, in the main due to other people’s tyre stops, and got 6th when Ricciardo had to change his half-century old tyres. While Charles was the victim of conservative tactics and Albon’s move, Verstappen had nobody to blame but himself, demonstrating that to win championships you need intelligence as well as speed.

Perez and Ricciardo had several dices, both early in the race and towards the end, with the local man eventually triumphing for a popular 7th. That 8th for Renault with a known “grade 1” driver seems satisfactory probably says all that need be said about the once great Enstone team.  But the mini-scandal over Renault’s illegal auto-brakebiasing system shows they’ve lost none of their old innovation.

Gasly and Hulkenberg completed the top 10, though the Hulk actually finished 11th on track. He was promoted when Kyvat was punished 10 seconds for trying a BTTC/banger racing style pass on him which saw them both off, and allowed Gasly through.  In ultimate F1 terms (though not in any other context) Kyvat tends to lack both intelligence and speed.

Can the team be blamed for the decision which cost them the race? I think not.  Hindsight is excellent but there were good reasons for the decision. Mattia Binotto said “No doubt we cannot say we are happy today, as starting first and second you expect a different outcome. It was a long afternoon and we knew it would be a tough race, managing the tyres. In terms of strategy, who was behind took a gamble and decided to go for a very early one-stop, which is what you do when you are not in front. Well done to them.”

There was everything to lose by taking a risk, it was just bad luck that the careful, considered choice was the wrong one. We deserve some good fortune in the last three races.