GRAND PRIX: Monaco: “Not The Result We Had Hoped For” 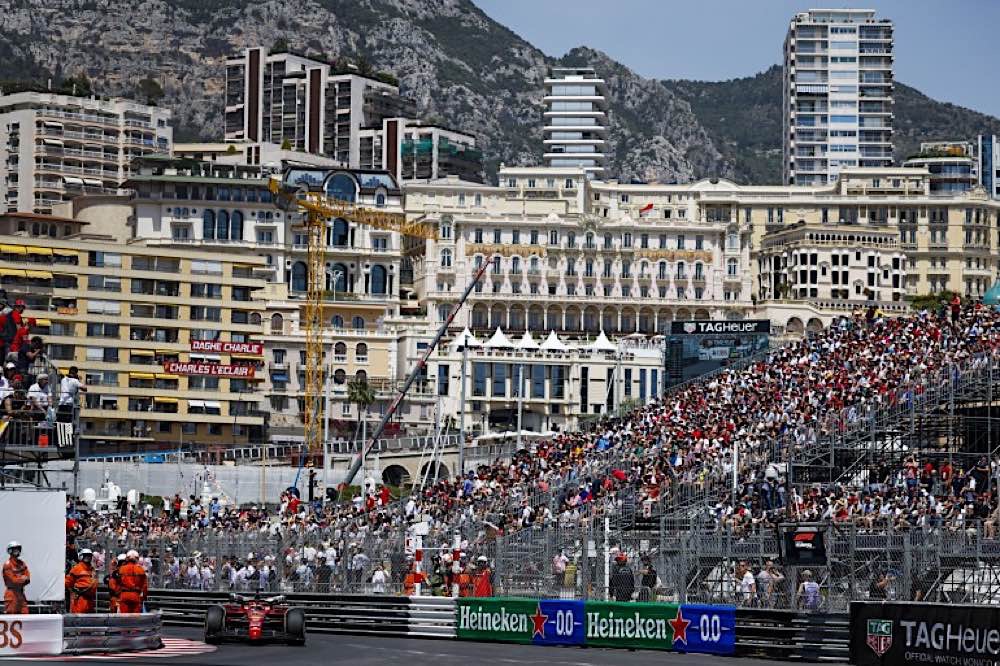 No, it can't be replaced by a car park in Miami. 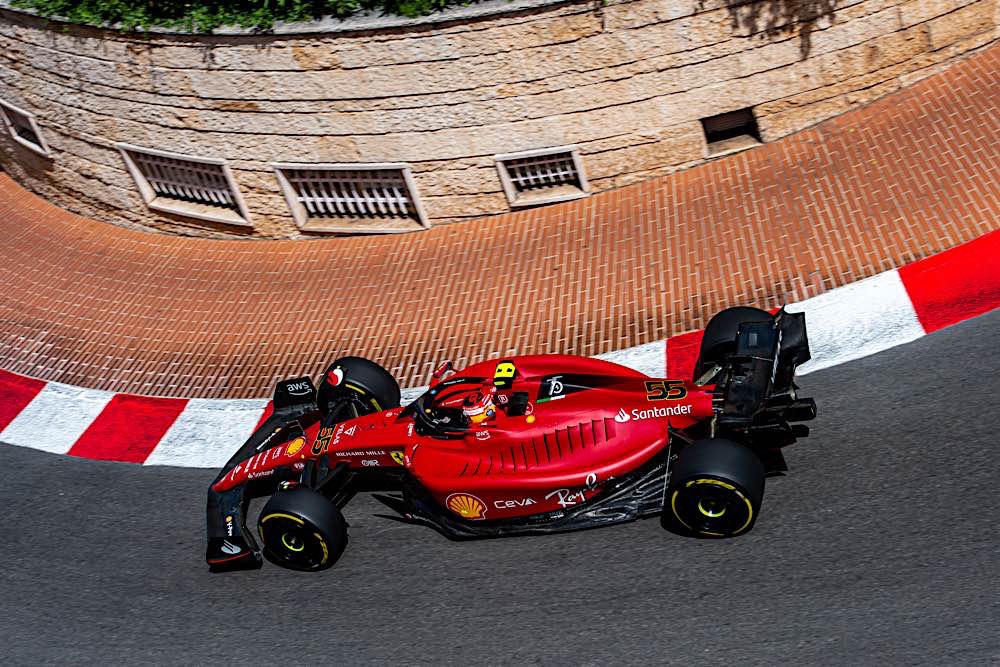 Even with so small a view, Monaco is instantly recognisable. 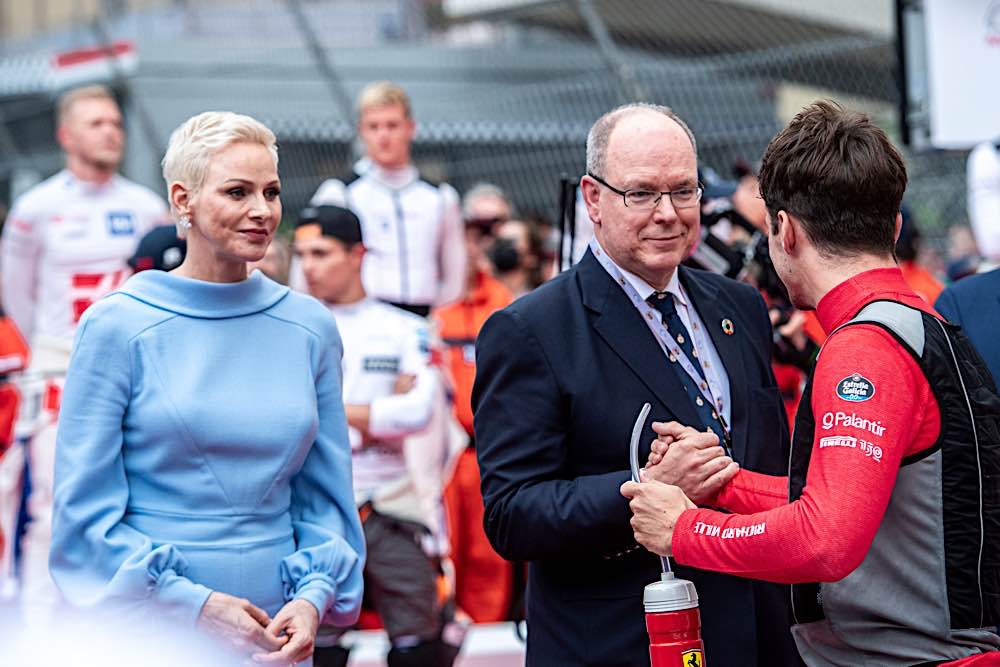 It’s the obvious that catches us all out, taking things for granted. The MI6 spies who leave the laptop on the tube. The thief at one of our branches when I was at work who couldn’t manage to cut through the safe door with an angle grinder so dragged it to his flat around the corner. Leaving a trail of sand from the slot he’d just cut to his front door . Many years ago, there was chaos in Monaco when several teams followed weather forecasts and  started on slicks. Cunning old Ken Tyrrell fitted wets “because I walked outside the pit and put my hand out and it got wet”.

The ACM seem to have taken everything for granted for years. They treat participants and spectators, and presumably Liberty as well, with arrogance, serving up a second rate product, believing that the glamour and tradition will allow them to pay little and reap a high economic reward, if not for the ACM then for the principality. Now they’re seeing the result of that approach. There was obviously a concerted effort by Liberty to criticise the venue, various hacks dutifully comparing the scene unfavourably to Miami. I would be the first to say there’s a lot wrong with Monaco. Having some years ago scammed my way into the historic race pits, I know it’s all phoney; the people, the setting, the organisers, the glitz. But there’s one thing I wouldn’t change. The track. It isn’t much different from what I drove round in an old FIAT coach on holiday in 1966, or since before I was born for that matter, and unlike most aspects of Monaco and its people, it’s genuine. It oozes history and atmosphere, despite the lack of racing. The 800kg muscle-bound caricature cars may not be as suitable for Monaco as a 156 Sharknose, but the spectacle still makes it all worthwhile. However, something is clearly needed to spice everything up.

The idea of a new track is just silly. There’s no available real estate for it unless they build into the harbour, which isn’t cost effective. So, here’s a suggestion. Assuage Liberty by making the ACM pay a decent hosting fee; Monaco’s businesses can afford it with what they charge for a horrible beer. Then change the event. The racing is a bit rubbish, we all know that. So give half of the points for the race and half for qualifying, which is always far more exciting. To make things better, turn Q3 into a top ten run off, allowing best of 2 runs, one car at a time. Whilst it’s a different format to the usual, is it any worse as an idea than sprint qualifying?

But returning to reality, I can’t help wondering if the Scuderia had a wake up call in failing to prepare for the obvious. The Sunday weather forecast on Saturday said rain, and one would have thought that very little in the way of planning was needed – what tyre do we use under a number of scenarios?   It hurts me to say it, but RedBull just did a better job. I wish I could say they were lucky but they weren’t. They just looked at the weather forecast and worked out a strategy to suit it, and every other possibility. I’m guessing that is why the timing screens showed them starting on intermediates when they apparently started on wets – there had been a plan that they would do that. The not-entirely-satisfactory double stacking of Charles when he changed to slicks didn’t reflect well on Ferrari. After the Barcelona power unit failure he went along the mechanics sympathizing and motivating them – a true “Essere Ferrari” moment. The “this must not happen again” that Charles said firmly after the race wasn’t in the same spirit, but frankly it’s impossible to criticise his reaction.

Q3 began with Charles and Carlos heading the times, ahead of both  RedBulls, and before they could improve Perez spun into the barriers on the way into the tunnel,  blocking the track. Carlos spun into him, warned too late to react, necessitating a penalty-free gearbox change though that may mean trouble down the line. Needless to say, the graceless Verstappen grumbled that he could have gone faster, probably more peeved at being behind Perez than behind the Ferraris. Norris was a commendable 5th, again eclipsing the garden-leave bound Ricciardo in 14th, while 6th placed Russell continued to eclipse the “perennially unlucky” (??? – ed) Hamilton in 8th, behind Alonso but ahead of Vettel and Ocon.

Whilst a club race can start in torrential rain, a Grand Prix can’t, so there was a 1 hour delay when it rained at the start, followed by a safety car start with everybody on wets. Caution rightly ruled for the first few laps with everybody safely spread out in grid order. Charles built a 5 second lead after 12 laps, or perhaps Carlos held the RedBulls back to form the gap, and then, with data from Gasly’s “nothing to lose” gambit on inters, the leaders tyre changes began. Perez went to  inters on lap 16, resuming in 5th, while Charles and Verstappen followed on lap 18. This left Carlos leading, ahead of Perez, but the inters were now sufficiently faster than the wets that Perez had in 2 laps convincingly performed the dreaded undercut on both cars.

Carlos had earlier lobbied to go straight to slicks, and did so on lap 21. The reason for hard tyres proved elusive to some observers, as mediums were supposed to be reasonably durable. At the same time, having done only 3 laps on inters, Charles was called in for slicks. Unfortunately he was around Rascasse at the time, immediately obeyed, and so when the pit almost immediately changed their mind and told him to stay out, it was too late. An inadvertent double stack resulted and the pit stop was a bit shabby – 3.4 seconds slower than Carlos. Inevitably Charles fell back to 4th behind Verstappen, helped a little by emerging behind mobile track blockage Latiffi. Perez changed to slicks a lap later and came out in front of everybody, having built his lead on the inters. It was almost as if RedBull had planned it all……

Behind them, Russell (maintaining his top 5 finish record) and Norris kept their noses clean for 5th and 6th.. This being Monaco, that’s how the race ended. On lap 27, Schumacher lost the Haas around the swimming pool, breaking it in half fortunately with no injury to Mick. A red flag to repair the barriers neutralized the race for a while, with many refreshing tyres. The restart happened behind the safety car.

There was some activity, but not much action, for the remaining laps. Alonso had concerns about tyre durability, so gave them an easy life with 15 steady laps. Hamilton, behind him in 8th, gently fumed. He’d already had a coming together with Ocon which resulted in a points losing penalty for Esteban, so was probably a bit anti-Alpine. He was undoubtedly faster, but Alonso saw no reason to let him past. Asked whether it was difficult to keep Hamilton behind he replied “Very easy, extremely easy!”. Welcome to the midfield, Lewis.

As the race ground to a time limited halt there was a little bit of a show as Perez’s mediums went off and the hards that some of us had questioned stayed on song. Carlos challenged Perez hard, and in an earlier age the Mexican would have lost his cool and collapsed, but now he has a wise old head and survived to the flag. Bottas and Vettel completed the top 10 after penalties were applied.

The title this week is taken from Ferrari’s own press release. It has been used because the editor likes quiet, accurate understatement. The truth is “self inflicted disaster” would be more accurate. The Scuderia’s press office reduced Charles’s comments to “Mistakes happen, unfortunately today we made too many.” I think that’s a euphemism for a rant.

Is Checo Perez the token likeable member of RedBull? For many years I didn’t rate him but his driving in this role has matured beyond all recognition and his recent contract extension was well deserved.

Although this report has concentrated on Charles’s disappointment, a word has to be said in praise of Carlos. After a few challenging races he’s back to excellent form, and it’s a good sign that he made the right call for slicks and then was disappointed with a hard earned second.

It has been highly enjoyable to hear some of the drivers grumbling about the inability to pass at Monaco. They’re right of course but it’s funny how it isn’t heard when they benefit from it.

And as the editor let me add an irrelevant comment last time, I will do so again. I watched the excellent new “Lancaster” film documentary about Bomber Command in World War II. I was fascinated to note that it was supported by the “Team Lewis Foundation”. I’ve always said he was a good chap.