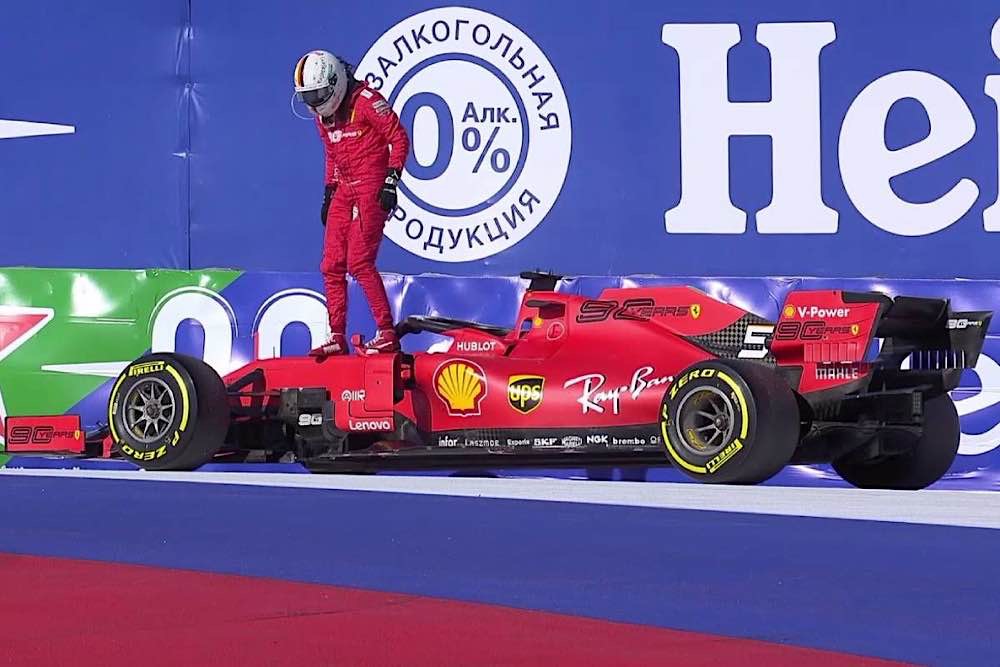 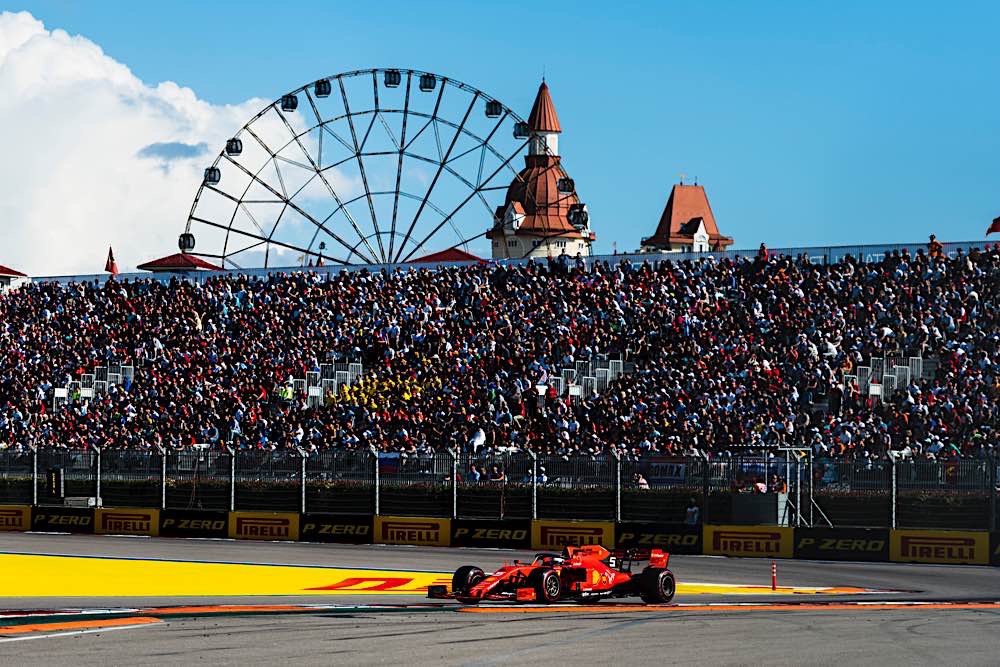 Sochi appeared to be well attended 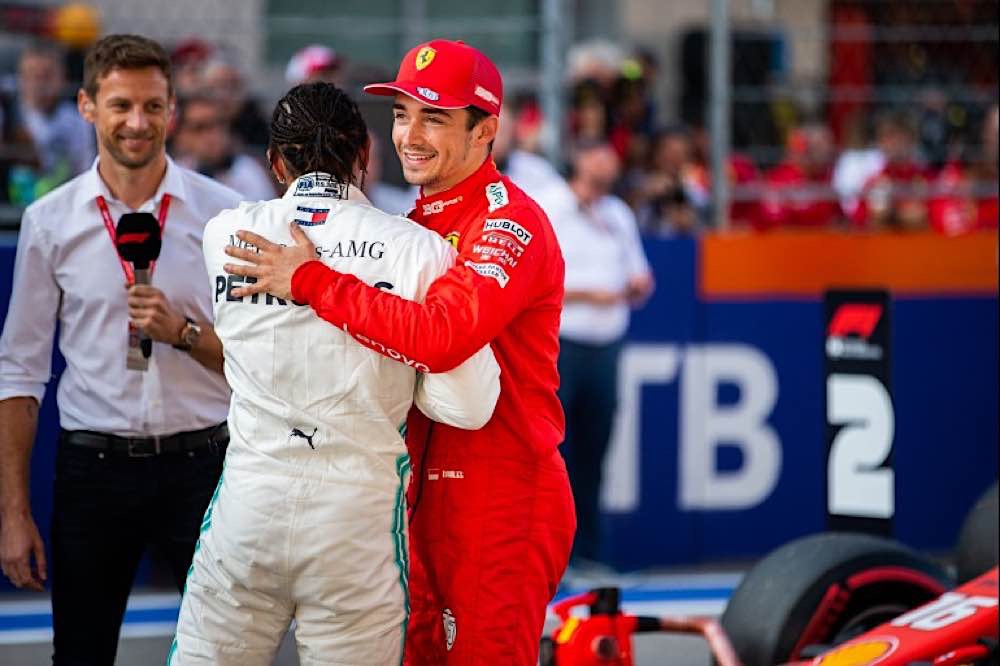 A wise old friend once said to me “Look at history and respect it, but don’t live in the past.” Those words of Winston D’Arcy came back as I sat down to write this report. The news that Autosport magazine would effectively move to a digital platform came yesterday. At first, it made me very sad until I remembered that I hadn’t bought one for over 10 years. I was nostalgic about the 80’s and 90’s Thursday hit of sports news, giving me the latest about Alboreto’s testing times and Monoposto Racing from Castle Combe. Then I realised that there just is not the need for that sort of magazine, as both of those can be picked up, usually as they happen, from the internet. That only leaves the opinion and cut and paste press releases which have filled the magazine in recent years. So, farewell then Autosport. You were a good friend but your time has passed. Rest in peace, or at least in the recycling bin.

Looking at history must, however, have been in Charles Leclerc’s mind after Sochi. Before the race, the team arranged that if Seb got a good start from third and passed Hamilton (who was second on the grid) then Charles would give Seb the tow, to pull him away from Hamilton, and not resist a subsequent pass. An excellent, cunning plan, which seems to overlook a few inconvenient truths. (1) Charles was supposed to give Seb a tow at Monza in qualifying and backed out of the deal (2) Remember “Multi 21”? (3) Seb is a racing driver. As it happened, everything fell apart so badly that any failure to hand back the lead was supposedly forgotten – Charles later said “I think it’s hugely important for the benefit of the team in some situations, to know that you can count on the other car and vice versa…..yes, the trust is still here.” Ah, ok.

With the very long straight through the “trading estate” part of the circuit, the Ferraris were expected to do well, but Mattio Binotto has since claimed that the present engine advantage is not so great as Mercedes had in the past – which seems very credible – and that the speed comes from the overall car performance. Nonethless, Charles took pole by 0.6 seconds, his 4th consecutive pole. Seb was just 2 hundredths behind Hamilton, who was second. Being aware of the likely Ferrari advantage, Mercedes took the gamble of medium tyres in Q2, so they started with the idea of running long and taking advantage of a safety car.

Bottas might have also pipped Seb but had a twitch and was beaten on the road by Max, subsequently demoted 5 places for polishing the engine cover or something equally silly, though not as silly as Albon who started from the pitlane after 5+20 grid place penalties. This put Sainz into 5th. It will be interesting to see how McLaren  perform with Mercedes power again, though their contant changes do have the air of Team Headless Chicken. Hulkenberg, Norris and Grosjean filled 6, 7 and 8 while Ricciardo was behind Max in 10th.

Seb had an excellent start from third and passed Hamilton with ease. The plan to keep Hamilton at bay by working as a team worked perfectly. Meanwhile in turn 4 Ricciardo and Grosjean were having a tight tussle when Giovanazzi, whose junior formula promise is not so far reflected in F1, decided to join in. Unusually, Grosjean was the relatively innocent party who was out in the wall. The matter wasn’t considered by the stewards, but Grosjean later described the accident as avoidable and said that drivers should behave more like gentlemen. (Really? Grosjean? – ed).

The safety car pulled in after 4 laps and Seb made a good restart, pulling away.  Seb decided that he would have been ahead anyway even without the tow plan, and stayed there. The pits assured Charles that they would swap over at the pit stop. This didn’t seem to reassure Charles greatly on the broadcast pit to car radio, and Seb, racer that he is, pushed hard to extend his lead. Hamilton pressured Charles, who seemed less assured than he has been recently. By lap 22, things had stabilised a little, and Charles swapped his softs for mediums. He started to lap faster on the new tyres, and Seb was left out for 4 more laps. Whether this was to give Charles the undercut or a precaution as Hamilton on his mediums was attacking is open to debate. Probably both are true.

The stop went well, but on the out lap the MGU-K (the generator attached to the engine in braking) threw a fault, which was a symptom of insulation failing. Clearly highly dangerous for driver, mechanics and marshalls, there was no alternative but to pull Seb over. As he parked, he pleaded for a return to V12s. I suggest 90% of those reading will agree. A virtual safety car was sufficient, until George Russell crashed under VSC due to “an issue with the wheelnut retainer”. Williams then called in Kubica because of concern over the lack of spares if there was another incident. This does not sound good for the much-loved Oxfordshire team.

The whole safety car episode gave Hamilton and Mercedes the chance they had been looking for. He pitted for softs on lap 28 and  that was the race in the bag. The only chance for Charles was to pit for new tyres, hoping to get an advantage later in the race. Not only did that not happen, but as a result Bottas moved into second leaving Charles with the lowest podium step.

Verstappen had moved up well from 9th on the grid to 4th, though even more impressive was Albon who came from a start in the pit lane to 5th, after some good racing with the B-Class cars. How long we’ll still call the McLaren B-Class, I’m unsure. They cemented 6th (Sainz) and 8th (Norris), sandwiching Perez in the Racing Point who had battled well with Magnussen, still reeling from the Albon fight, in the Haas, the battle ending when the Dane went off and rejoined with a 5 second penalty which moved him to 9th.  The final point fell to Hulkenberg.

Mercedes maintained their 100% record in the Russian Grand Prix, but there were so many “what-ifs” – strategies relying on drivers behaving, failing MGU-K, Williams’ nuts – that it’s hard to be downhearted. Though personally, I’m quite glad about the MGU-K because without it I suspect we could have seen a falling out of two of the sport’s greatest drivers,  one of the present and the future, and one of the present and the past.