GRAND PRIX: Styria: No Legs, Shame about the Race 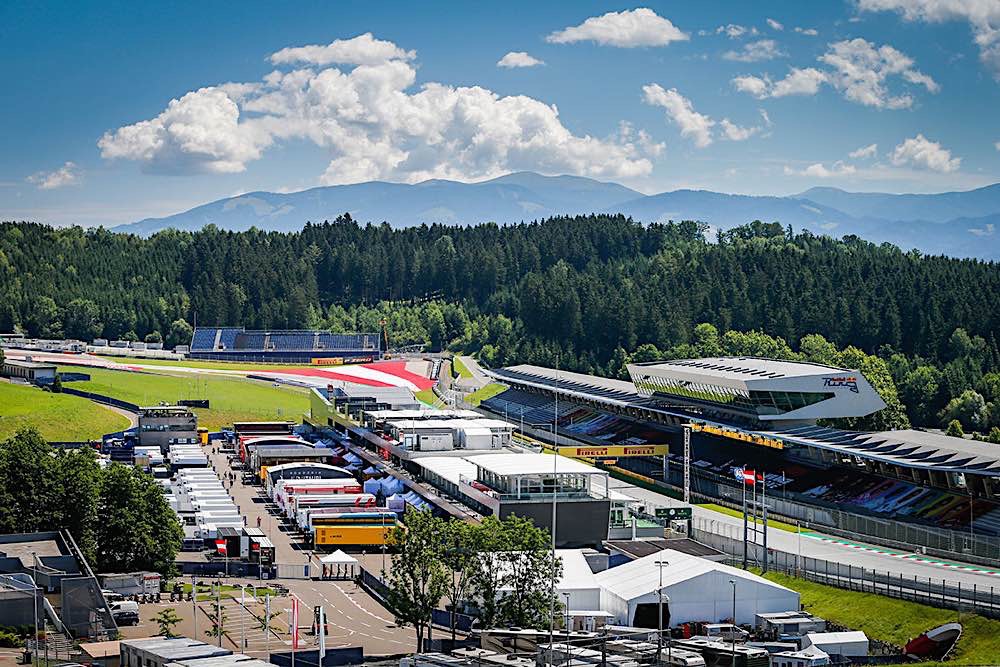 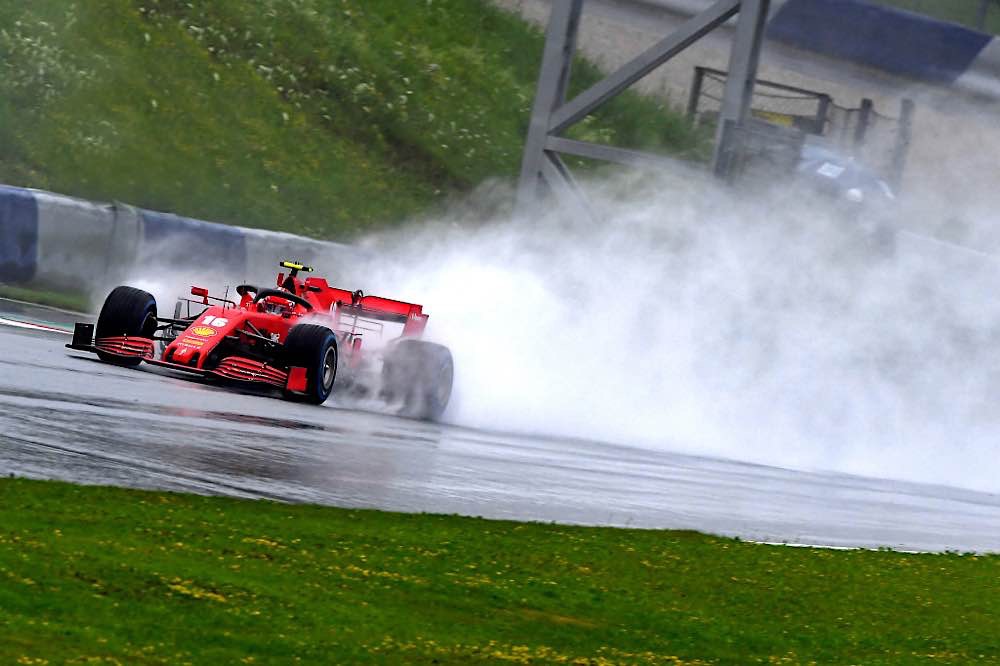 Winston D’Arcy ended his Austria report with the words “It hurts me to have written that”. If Styria is more evidence of how the season is going to pan out, then that phrase will be the most used on these pages in 2020.

The team managed to get the Hungarian update package ready for Styria, of which Vettel said “it was straightaway a different car”, a sentiment sadly not echoed by qualifying which at 10th and 11th was a repeat of Austria.  Never more than now was Enzo’s mantra “Aerodynamics are for people who can’t build engines”, said in 1960, more relevant. The current issue at Ferrari is the engines, and we will look at the detail a bit later, but they’re one of the things the current regs don’t allow the teams to touch. In changing the aerodynamics, there is a trade off of downforce for drag, with occasionally an improvement in efficiency, so presumably that’s what happened in the week between races..

Everybody knows that with more power it’s possible to add downforce, still be competitive on outright speed, but be quicker in the corners due to being “stuck down”. Conversely, less wing will make the car slipper and faster. But what many overlook is that extra downforce allows later, fiercer braking, so the car can be at a higher speed for longer. The straights extend, the corners shorten, and Ferrari is suffering from the flipside of this interaction

But just how bad is the power deficit? Nigel and I have looked at it in two ways. I’ve done a graphic (see picture in sidebar) showing the engine makers’ results in qualifying and the race for the first two events. It takes no account of chassis and drivers, but the predominance of red in the bottom half of it is bad news however you read it. Nigel has been a bit more cerebral and looked at the Austrian GP numbers, as it was dry for both qualifying and race. Leclerc in qualifying managed a 63.923 lap this year compared to his 63.003 in 2019, this race of course being before the mid season engine upgrade.  By comparison Bottas did 62.939 for pole this year. In race trim Leclerc did a 67.901 in 2020 and 67.994 in 2019; Vettel 67.676 in 2019. Sadly, the power seems to be behind early 2019, not just the end of season, and seems to be more so in qualifying than in the race.

The purpose of the extra fuel flow of late last year is, according to certain elements of the press, to pull heat out of the system, in much the same way that the old 500s at hillclimbs run extra methanol to cool them. Latent heat of vapourisation, as my old physics teacher said. The lack of cooling doesn’t allow as aggressive a map as could be chosen and therefore ultimate power for qualifying  is compromised. Is this so fundamental that nothing can be done? The engine lacks legs, but I do wonder whether the slowness compared to the early 2019 pre-upgrade spec might possibly point to a McLaren/Honda-esque blaming of the engine for all woes, when there are other contributory causes lurking? The inability to make major engine changes under the rules is concerning for Ferrari, so let’s hope something magical can be found.

Save for Seb slipping into Q3 by the skin of his teeth instead of Charles, it was a 10/11 repeat of last week. The “raised-eyebrow – really?” moment’ this week was Charles being just 0.008 sec ahead of George Russell in a Williams. To add insult to injury, Charles then suffered a 3 place grid penalty due to impeding Kyvat.

The wet (which is a euphemism for torrential) qualifying meant that downforce equalled stability and confidence, but there is a point when however good the car talent takes it to another level. Hamilton was just embarrassingly dominant, 1.2 seconds ahead of Verstappen. Possibly the only good news for Ferrari is that 2021’s Carlos Sainz came in third, a result which clearly caused him some joy.

Lando Norris has been in F1 for just over a year, Leclerc 2. So why does Norris improve his placing dramatically on the last lap and keep out of trouble on the first, when Charles hasn’t learnt the lesson? With cars all around them and so nowhere to go, he was presumably frustrated by a grid slot of 14th, and lunged at a gap which would soon disappear at turn 3. Sadly it was Seb who made it disappear. Charles was big enough to accept responsibility and apologise: “I am just disappointed in myself. I have done a very bad job today. I let the team down”. By the body language, not half as disappointed as Seb, who he had mounted and removed the rear wing. Seb retired to the pits, Charles limped around after a tyre change and then retired a lap later, the floor too damaged to continue.

It would be difficult to get excited over the front of the race as Hamilton drove smoothly away and cruised to a 14 second victory. Verstappen held second until lap 66 of 71 when Bottas, who had been shadowing him throughout the race, passed but was retaken. On the next lap he made it stick for a Mercedes 1-2, leaving Verstappen in 3rd. His team-mate Albon was not really in the podium chase but once his fuel load had reduced seemed to be reasonably competitive. Whether that’s enough performance is rumoured to be being questioned by the fickle masters of Red Bull, which in my opinion is a shame.

Albon did, however, have a role in causing some last lap excitement. The volatile and unpredictable Perez was having a superb day, from 17th on the grid he had worked up to 5th, and on lap 70 tried to make it 4th. Albon cleanly held him off, but there was contact and the front wing got detached. Norris had started 9th, and after the pitstops had unwound was still 9th, and it was lap 60. He made it past Sainz for 8th with a little help from team orders. A scruffy overtake by Stroll past Ricciardo upset the rhythm enough for Norris to take advantage and also pass the Aussie, while he then despatched Stroll on the final lap followed by the slightly hobbled Perez on the last corner. He did all that without crashing. I wish the same could be said for our two drivers on lap one. Like Winston, it hurts me to have written that.