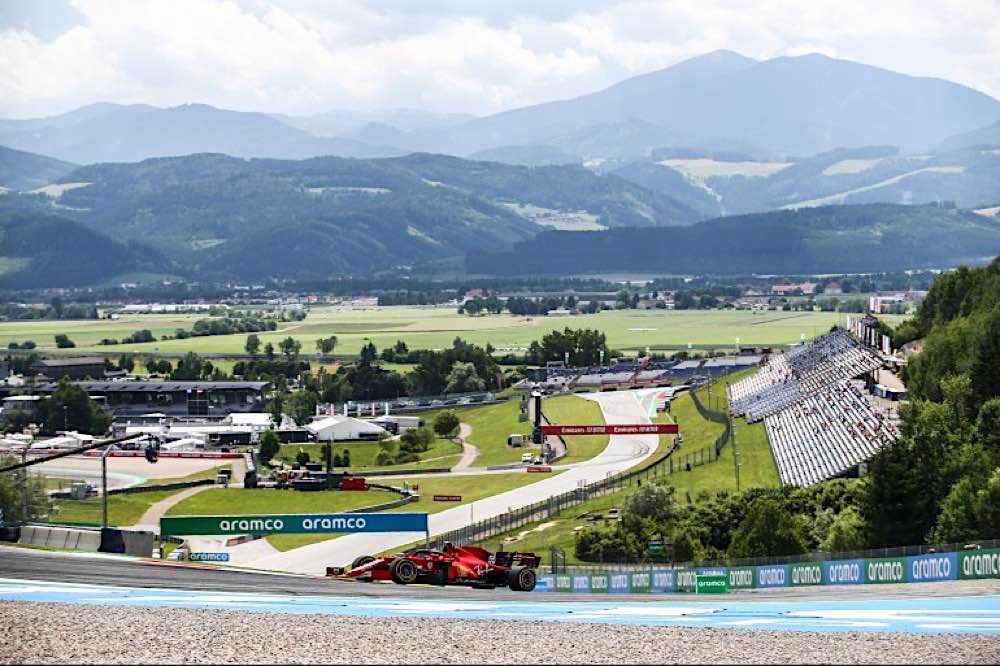 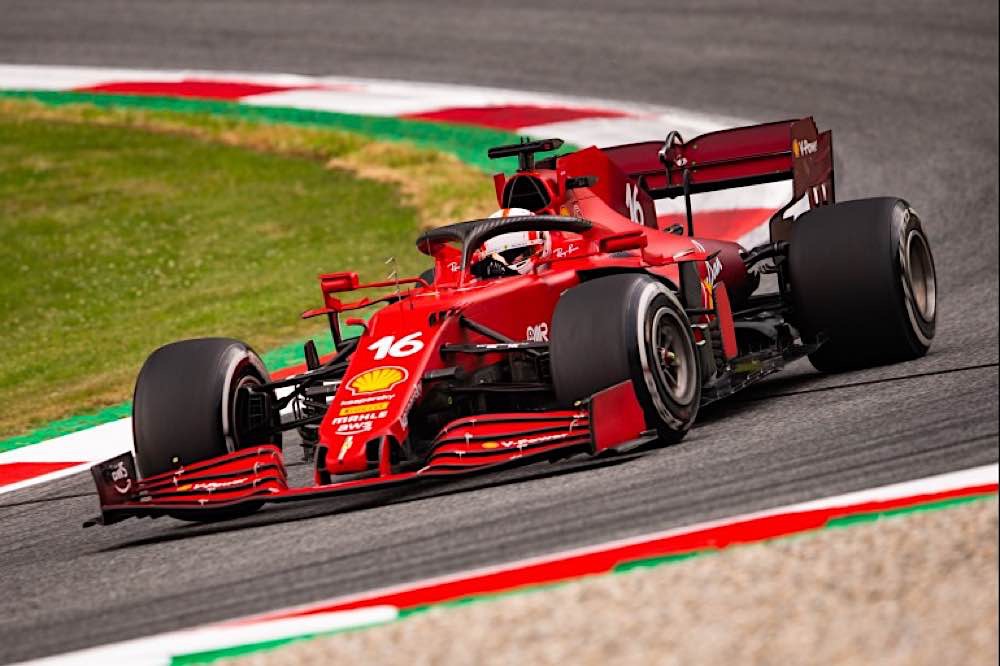 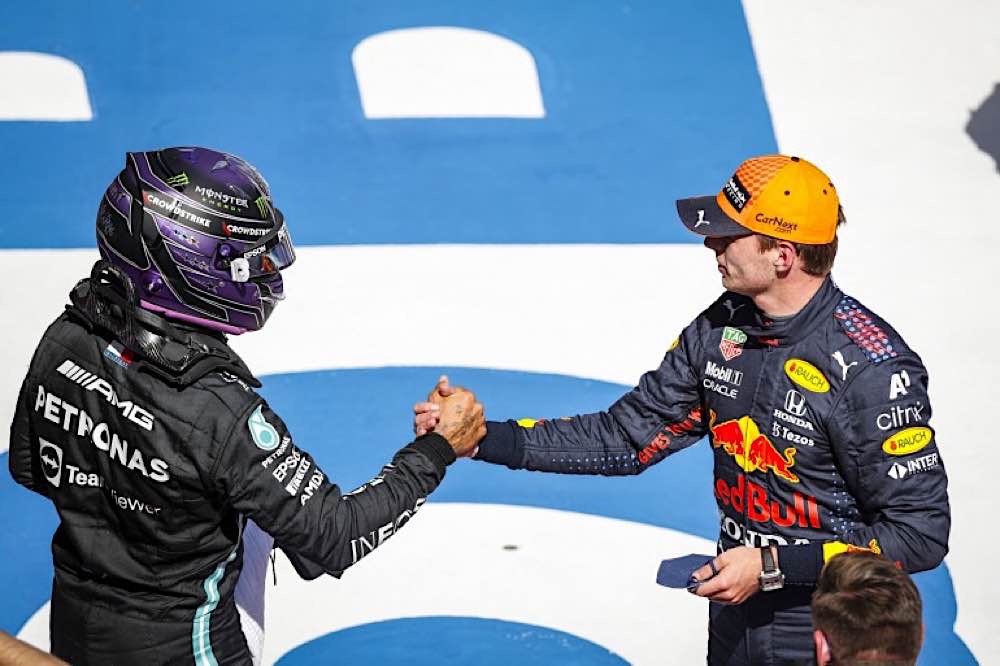 Mutual respect from Verstappen and Hamilton.

With Red Bull having won the previous three GPs, quite fairly on merit, there was a lot of debate before the Styrian GP as to where their speed had suddenly come from. Bendy wings was often mentioned but as they were all at it that excuse gradually went away once a 22-page FIA ‘clarification’ had thumped onto every team’s doormat. Fingers were then pointed towards Honda, with suggestions of not entirely legal engine upgrades but that was (obviously) vehemently denied.

But the most hilarious explanation, worthy of 1st April, was that ExxonMobile had used perfume ingredients to develop a new engine oil for Honda which unleashed more horsepower. They were quoted as saying ‘”These new components were incorporated as they were found to offer many benefits, including stronger interactions with metal surfaces and lower friction, helping deliver maximum power while offering protection and fuel efficiency.

“These benefits also translate into an ability to run the engine across a wider range of operating conditions.”

I can just imagine the Mercedes crew at Brixworth running around trying to find some unused cans of Brut to squirt into the engines. Formula 1 often has its ludicrous moments…

The perfume certainly seemed to work for Red Bull at the first of the double-header GPs at the wonderful Oesterreichring, now known as the Red Bull Ring. Verstappen was quickest in the first two practice sessions with Hamilton 0.2secs ahead in P3. The Ferraris were languishing down in the midfield at this point and the best was a 7th for Charles Leclerc in P3. The best for Carlos Sainz was 11th in both P1 and P2. It did not bode well.

Qualifying brought little joy for the Ferraris, with Leclerc staying down in 7th place and Carlos languishing in 12th. Laurent Mekies, the Racing Director summed it up well: “As expected, this was a difficult session. Compared with what we have seen so far on Saturday afternoons, we were unable to reproduce our usual performance level over a single flying lap. We tackled this Grand Prix with a slightly different approach to usual, working mainly towards the race after the problems we encountered last week in France”.

At the sharp end of the grid Verstappen was dominant but Bottas put his Merc just ahead of Hamilton and the ever-impressive Lando Norris in his McLaren. But Bottas had a daft half-spin in the pit lane for which he was docked a three-place penalty and so Hamilton moved up to the front row alongside Max, with Norris just behind. An exciting race seemed in prospect.

Alas, it was not to be, and in fact it was one of the dullest so far this season. At the start Verstappen eased away and was never headed while Hamilton and Bottas trailed ever further behind. Behind, the second RB of Perez had a good squabble with Norris but the McLaren is not yet in the league of the Mercs and RBs and so the young Macca driver had to give way.

The pitstops started at around the one-third distance mark, with most of the frontrunners taking on hard tyres to get to the finish on a one-stop strategy (yawn). Perez, in fourth, came in for a second stop on lap 54 (out of 71) and put on mediums to at least try and get another point for fastest lap; he used these tyres to good effect and almost managed to catch Bottas at the end, finishing just half a second behind at the chequered flag. Hamilton was another with nothing to lose with a second stop, and he put on a set of softs for the last few laps and grabbed that point for fastest lap.

The Ferraris? Leclerc got tangled up with Gasly on the opening lap and had to stop for a new nose which dropped him to the back. He then had a better race and got up to 7th at the end, having conceded a place to his team-mate who had fresher tyres and stood a chance of catching Norris for fifth. But that did not work out and the Ferrari pair finished 6th and 7th – better than qualifying seemed to indicate.

Standout from the others was obviously Norris, who is putting his illustrious teammate Ricciardo in a very dark shade. McLaren’s next wage negotiations will be interesting. Tsunoda for once didn’t throw it off and qualified in 8th spot and finished 10th. George Russell in the improving Williams qualified an amazing 11th but had to retire after 36 laps whilst running strongly in 8th place.

And that really was it. Verstappen has now won his fourth race of the season, and RB have won the fourth on the trot, with Perez taking the other win. The smugness of Mercedes is clearly fading and they must wonder how such a reversal of fortune could come so quickly. Perhaps the odd squirt of Brut will do the trick.