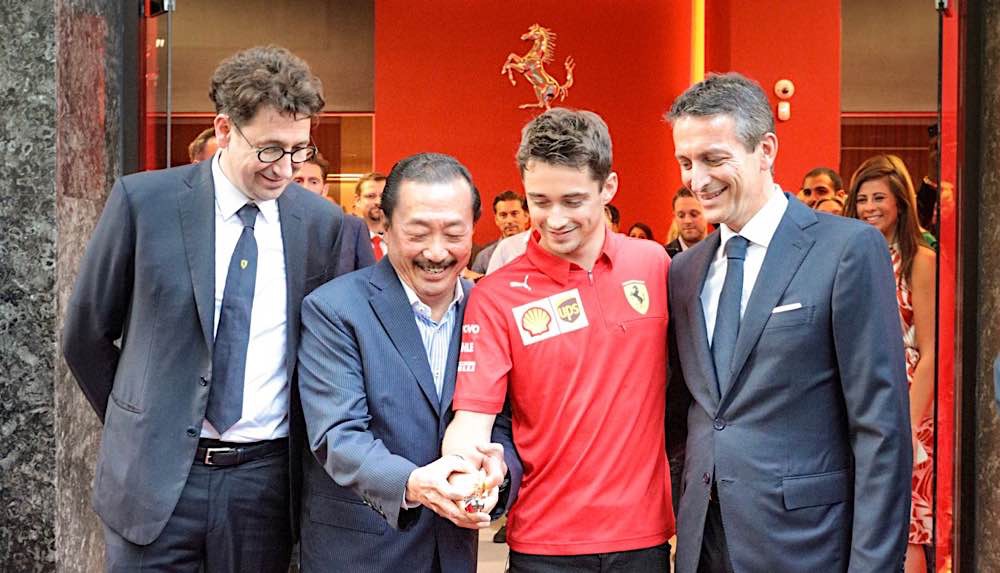 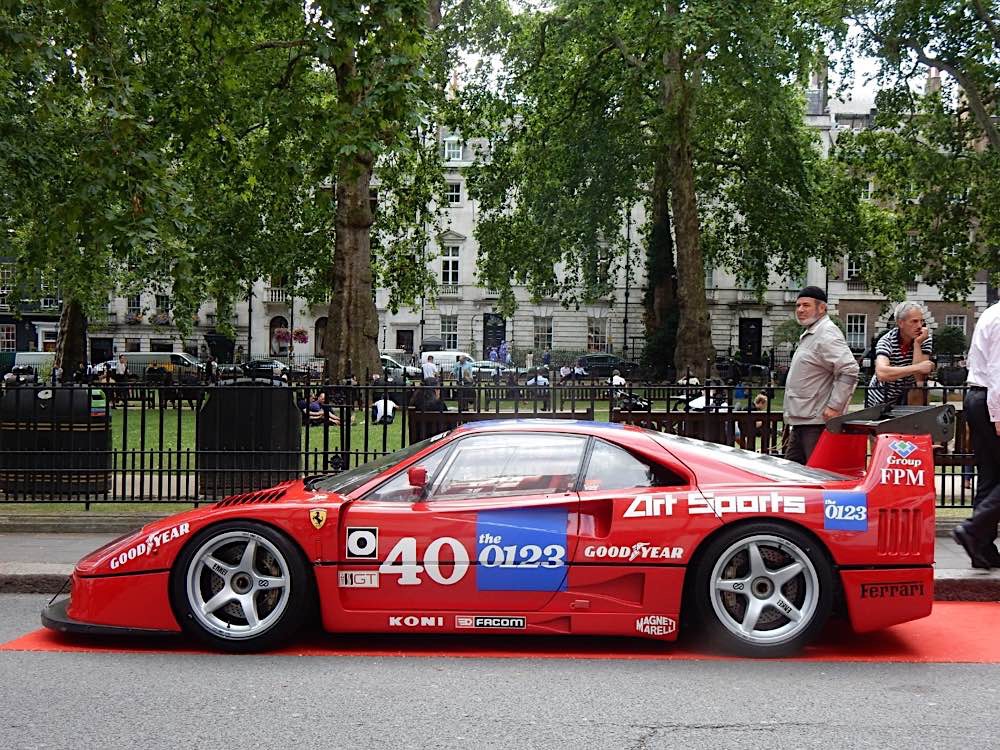 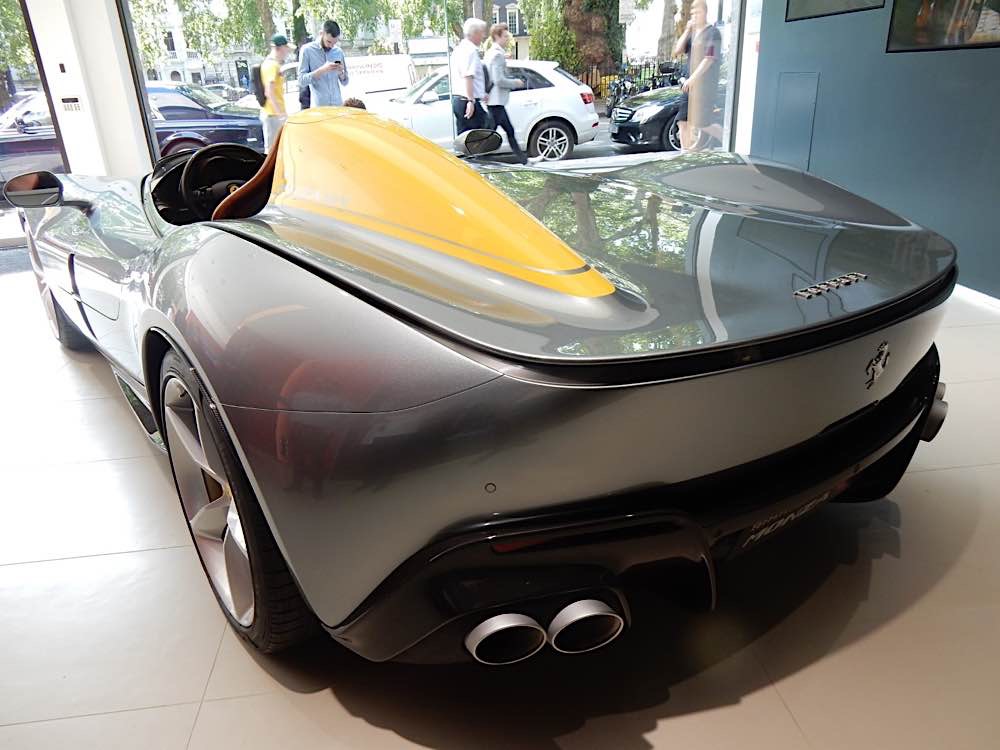 H.R. Owen’s new flagship London Ferrari Atelier Showroom in Berkeley Square, in the heart of Mayfair, had its official opening ceremony during the evening of Thursday 11 July. As a prelude, over the three days leading up to the opening ceremony they had a four car display in the gardens of Berkeley Square opposite the showroom. This comprised of a 750 Monza, a 250 GT SWB California Spider, a 250 GTO and the current limited edition Monza SP1, which was housed in a glass sided box, which was illuminated at intervals to reveal the car. On the opening evening there were five further Ferraris displayed on red carpets outside and across the street on the square side opposite the showroom, including a LaFerrari and a 488 GTE EVO from the 2019 Le Mans 24 Hour Race.

The opening ceremony was performed by current Scuderia Ferrari F1 driver, Charles Leclerc, who was accompanied by Scuderia Ferrari F1 Team Principal, Mattia Binotto, and Chief Marketing and Commercial Officer Enrico Galliera. The red ribbon was cut by Charles Leclerc with H.R. Owen CEO Ken Choo, and then Leclerc pulled back a red drape over a svelte form on the showroom floor to reveal the latest offering from Maranello, the SF90 Stradale, Ferrari’s first series production PHEV (plug-in hybrid electric vehicle), following on from the limited production LaFerrari and LaFerrari Aperta models. The unveiling at the event was also the UK debut for the spectacular looking car, which was naturally finished in Italy’s national racing red.

The new showroom is the first in the world to be presented in conformity with Ferrari’s latest Corporate Identity specification, and features a two car display area with reception desk in the front portion facing onto the street, behind which is a discreet sumptuously appointed lounge/bar area behind sliding glass walls. This then leads into the configuration suite through revolving glass panelled wall sections, featuring display units. The new showroom will operate alongside, and in conjunction with, their existing Ferrari South Kensington showroom on Old Brompton Road, and their West London service centre.