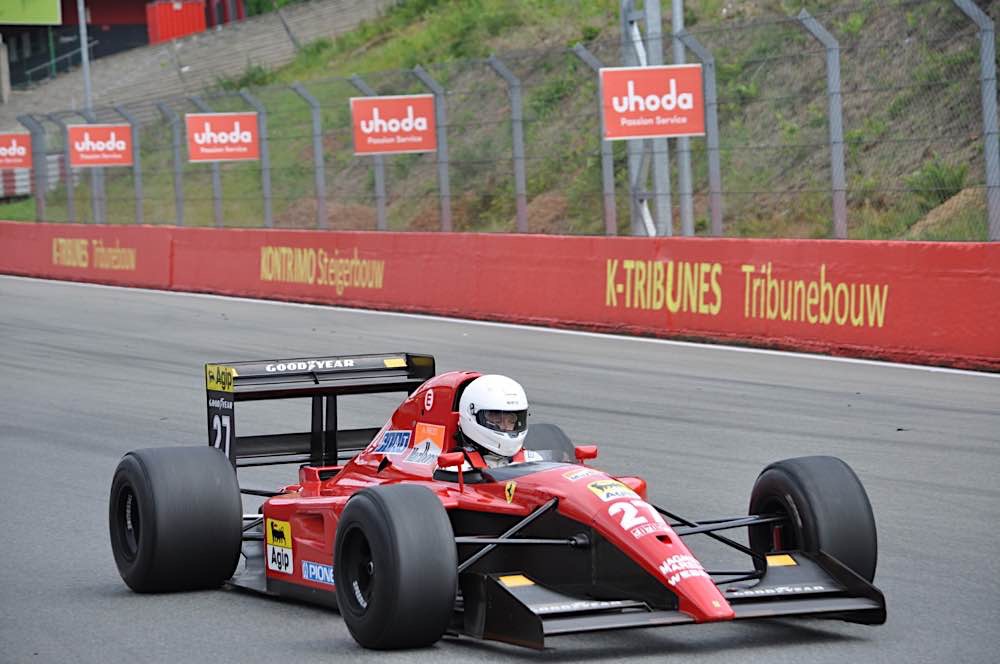 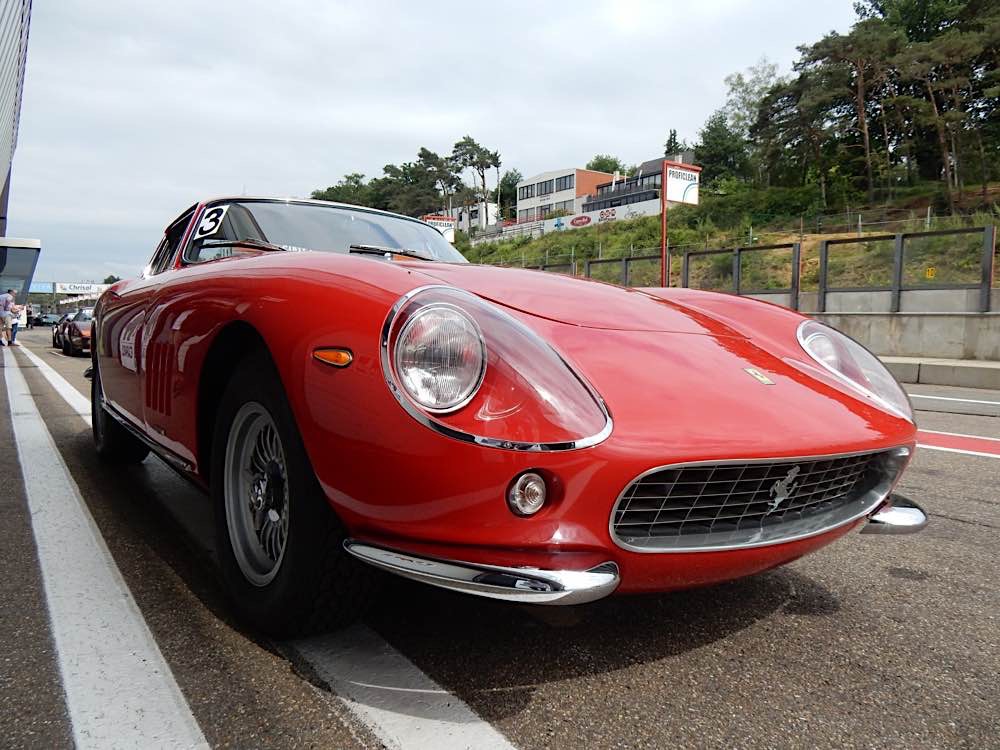 Grace is a word also applicable to the 275GTB 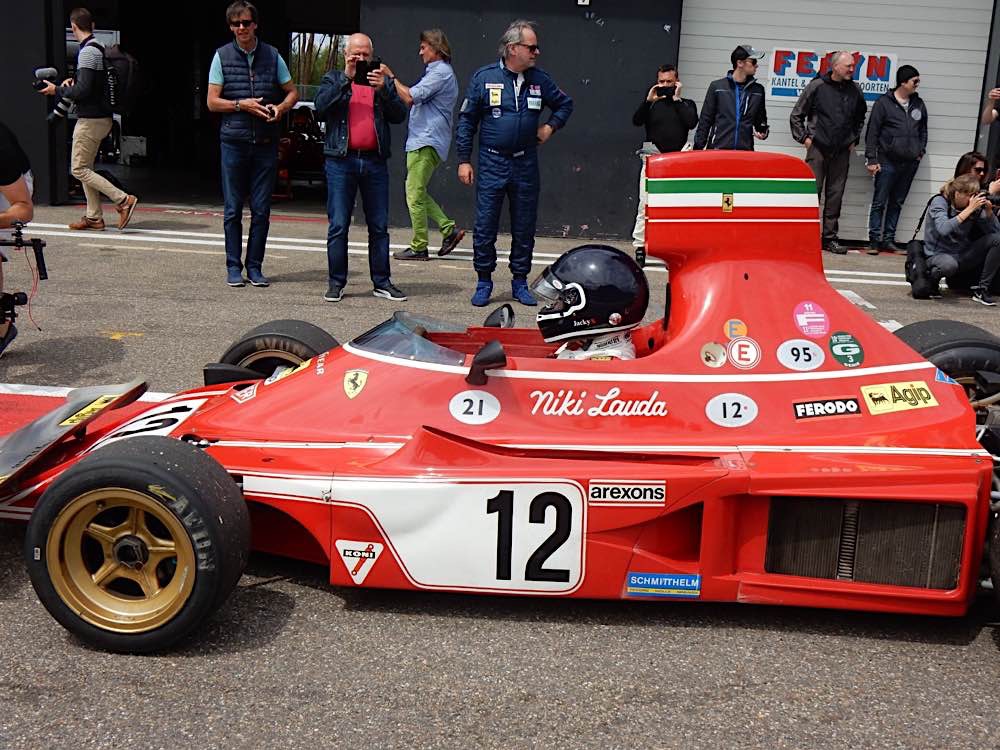 What better tribute to Niki Lauda than one of his cars

After a short hiatus Modena Motorsport revived their track days with a small (in comparison to previous ones) convivial two day gathering, comprising of clients and friends, at the Zolder circuit in Belgium on Wednesday 5th and Thursday 6th of June. The first day of the event was very low key, as with most race tracks these days, they have only limited days without noise restrictions, thus only relatively quiet cars could take to the track, which definitely excluded F1 cars, which are essentially what Modena Motorsport are renowned for. They were very fortunate with the weather, as although there had been a fierce thunderstorm on the Tuesday evening, which brought down some trees bordering the track, and then further rain overnight in the early hours of Thursday morning, fortunately both days enjoyed some hazy sunshine and reasonable ambient afternoon temperatures after a chilly start.

One person who has been a regular feature at this event over the years is six times Le Mans 24 Hour Race winner Jacky Ickx, who is always affable and ready to chat with everybody. His string of Le Mans wins tend to be the focal point of people’s knowledge of him, which is no bad thing, as it is a remarkable achievement. However, during his lengthy racing career, he raced in F1 between 1966 and 1979 with a variety of teams, but most notably with Ferrari, with whom he had six of his eight F1 wins. He was also the 1979 Can-Am Champion, and in a complete change of direction won the 1983 Paris-Dakar rally raid. There was also another Le Mans winner in attendance this year, this being Marco Werner who won the race in three consecutive years, 2005, 2006 and 2007 driving for Audi, with whom he also won the 2008 American Le Mans Series LMP1 Drivers’ Championship with co-driver Lucas Lohr. A further impressive victory on his CV is winning the 1995 Daytona 24 Hour Race in a Kremer K8-Porsche.

There was a nice array of Ferrari F1 cars in attendance, which ranged from a 1958 Dino 246 F1 through a 312 B2, which had been driven by Jacky Ickx in period, and understandably was also driven by him on the Thursday, a pair of ex-Niki Lauda 312 B3 models, one of which was driven by Marco Werner with great panache, and the other was also driven by his namesake Max Werner, whilst Jacky Ickx also gave it a run during the afternoon, to a 1994 412 T1/B. There were also a few sports racing and GT cars in attendance, just to spice up the mix a bit. These included an Alfa Romeo TT33/12, chassis #005, Ferraris in the form of a 225 S Vignale Spider, chassis #0198 ET, the 512 BB/LM, chassis #27579, brought by Christoph Stieger from Switzerland, and a 308 GTBi “Competizione Speciale”, chassis # 55947, developed by Modena Motorsport. This featured a 3.2 litre engine with a single butterfly/cylinder fuel injection system, and some other hot bits, extended wheel aches covering much wider rubber, all clothed in an attractive Martini colour scheme.