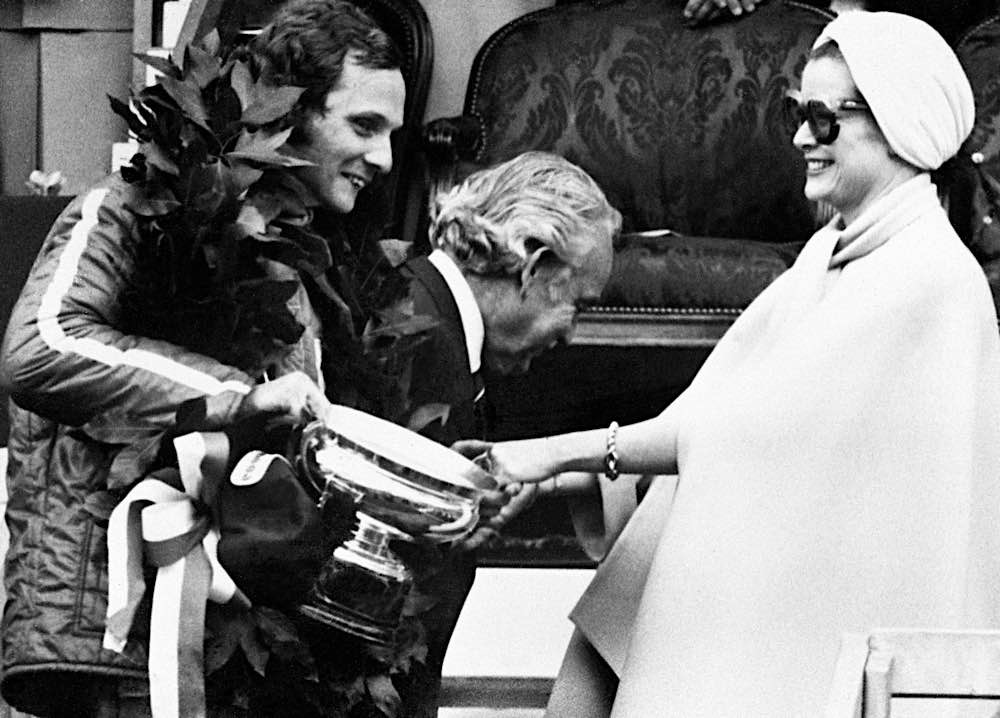 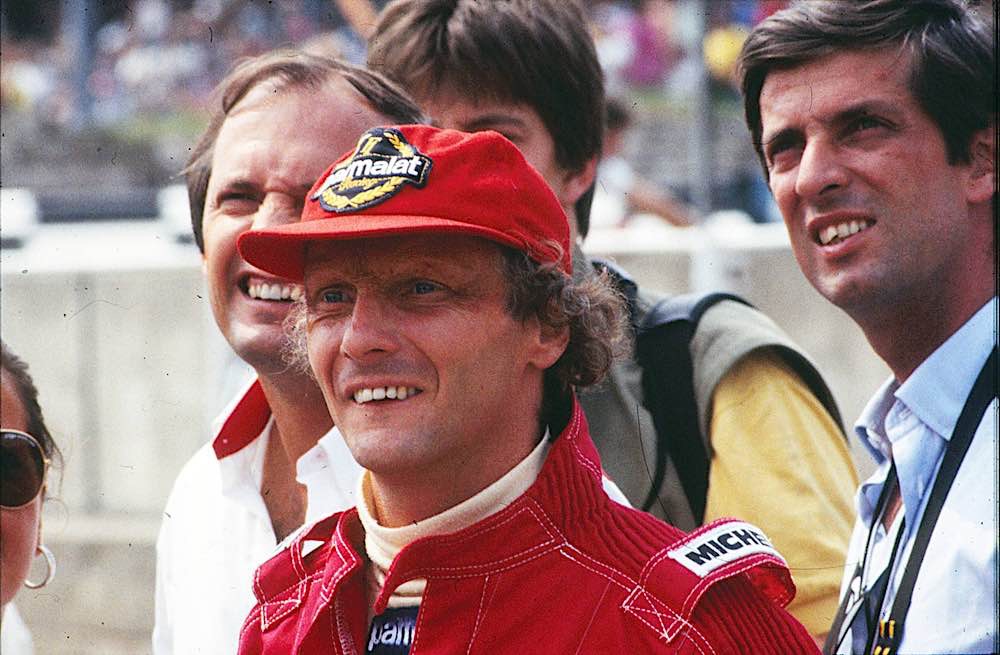 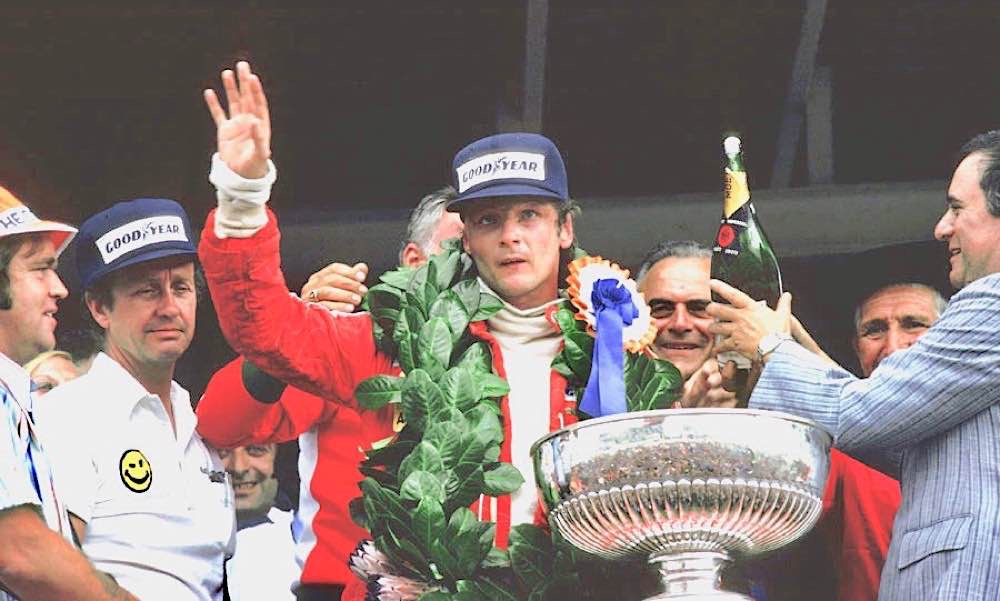 Niki Lauda was a very rare talent in that he won two World Championships (and arguably should have won three) with Ferrari, retired, and came back after a sabbatical to win two titles with McLaren. Not only two teams, but two very different cars, one a thoroughbred aluminium V12, the other a brutal and physical but supremely effective carbon turbo car.

He was born to a wealthy family, but as they did not approve of racing, he financed it himself, moving from a hillclimb Mini through Formula Vee to sports cars. With the aid of a £30,000 bank loan he bought himself into the March F2 team. His talent led to promotion to F1, let down by the disappointing STP March 721, followed by a move to BRM. The film “Rush” portrays him as galvanising the team with his technical input and speed.   A friend who was there tells me he was very good, but not quite as portrayed as in the film.

1974 saw a move to Ferrari, thanks to being recommended to Enzo by Clay Regazzoni. His opening result was 2nd in Argentina, and he broke a 3 year drought for the team by winning in Spain. The 312B3 was fast but the combination had a poor finishing record.  In 1975 with the 312B3 and 312T he dominated and he won his first championship. 1976 looked like being a repeat, despite the challenges of James Hunt in the McLaren M23. He was, of course, stopped by the infamous accident at the Nurburgring. Determination was a characteristic of the man, and the accident is believed to have happened due to pushing too hard on cold tyres, despite his safety concerns at the circuit. His life was threatened mainly by the inhalation of fumes, compounded by his helmet not being retained, and it seems from the reports that the aftermath over 40 years later is what eventually caused his death. However, he returned for Monza and got a heroic 4th. Some say that one his bravest decisions was to retire in the very wet Japanese GP where an extra point would have clinched the championship.

Although a second Ferrari championship came in 1977, it was not especially happy for Lauda due to internal politics with Carlos Reuteman. He joined Brabham for two unsatisfactory seasons, though memorably won in Sweden with the BT46B fan car. He retired to run Lauda Air, but after missing 1980 and 1981 he was tempted back by a reputed $3m McLaren salary, the highest then paid, and which came in handy for the deposits on the Lauda Air planes. In 1983, the TAG-Porsche Turbo V6 came along which gave the power that Barnard’s elegant chassis needed. The injustice of 1976 was remedied when he won the 1984 championship by a half point. An unproductive 1985 brought his second retirement, but by now the airline was becoming viable and he spent the next 14 years building it up, including piloting some commercial services himself, before selling it to Austrian Airlines in 1999. He was to run two further airlines, Niki and Laudamotion, the latter which suffered the fate of being bought by Ryanair.

Lauda had a period as a consultant at Ferrari in 1993, and was team principal at Jaguar in 2001, though neither could be counted as wholly successful. More impressive was his recent spell at Mercedes, where he influenced the signing of Lewis Hamilton.

Niki Lauda would be remembered with affection and admiration for any one of his three main careers – airline entreprenuer, 1970s champion or 1980s champion. To have achieved all three, and to have also been involved in effective F1 management, and then still find time to commentate, shows a remarkably hard working, intelligent and successful man. To have achieved all this and cheated a premature death shows a determination and grit which we cannot but respect and admire.

The Ferrari Owners Club sends its greatest respect and condolences to his wife Birgit, sons Mathias and Lukas from his first marriage to Marlene, and to his family and friends. Ciao, Niki.