Double-gold for Snelson at Gurston Down & Shelsley Walsh 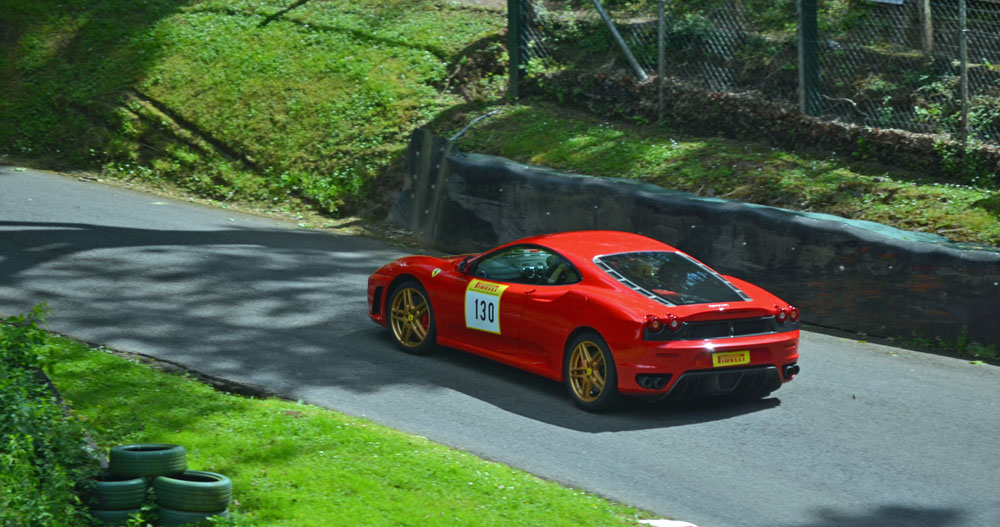 Round 5 of the Pirelli Ferrari formula classic took place 19th June at Gurston Down.

With the Summer Solstice only days away and Stonehenge just around the corner, the leafy area of Wiltshire encompassing Gurston Down was probably just the place to be in June.  The Sunday speed hillclimb had attracted an entry of eight Ferraristi (driving seven cars) – a bit on the low side but never­theless representative of some of Enzo’s finest.

Practice got underway under rain-threatening clouds, with all the drivers exercising understandable prudence, although Snelson missed P1 by arriving late.  In his absence, Kennedy occupied the top position with 40.29 from Shirley’s excellent 41.97.  Pauline Goodwin kept her faster 328GTB in front of the Attwoods, while Nunney made an excellent fist of his first climb here.

With the summer at its zenith, the PFHC contestants moved to Shelsley Walsh for Round 6 of the 2022 Championship. It was expected that sparks would fly at this oldest of tracks with its emphasis on serious speed and lightning reactions. And to add to the occasion we looked forward to enjoying the incomparable ambience that Shelsley seems to have.

The Ferrari battle would be between nine of Ferrari’s best, ranging from Jon Goodwin’s magnificent 250GT Lusso berlinetta (of age, if it be etiquette of an old lady to mention it, some 59 years) to the near-latest tipos.

The reports from the Pirelli Ferrari Hillcilmb Championship are available to read online, along with the other Club racing series, all the way back to 2014.