Stellantis – New Kid on The Block with an F1 Back Story 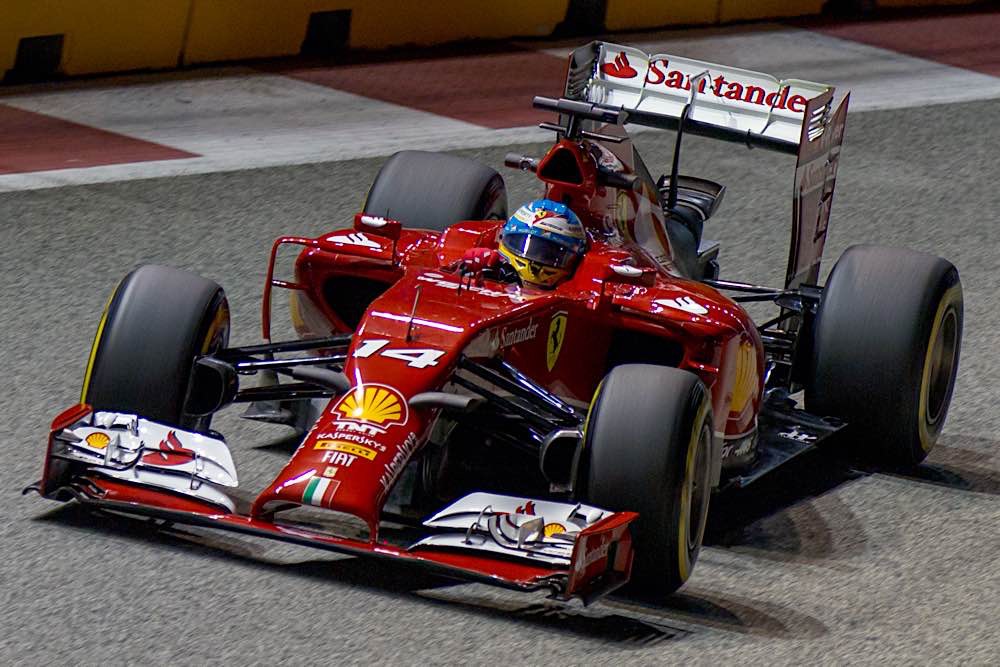 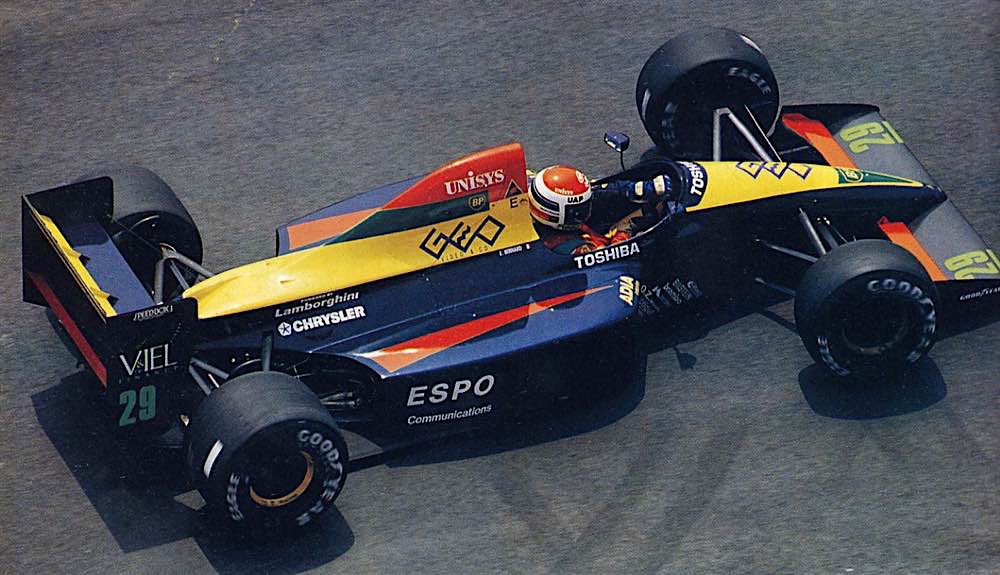 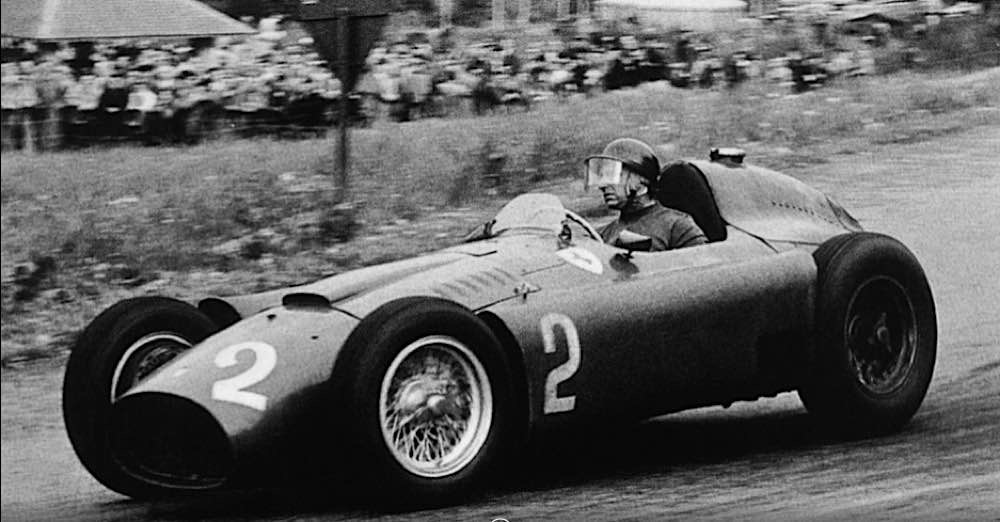 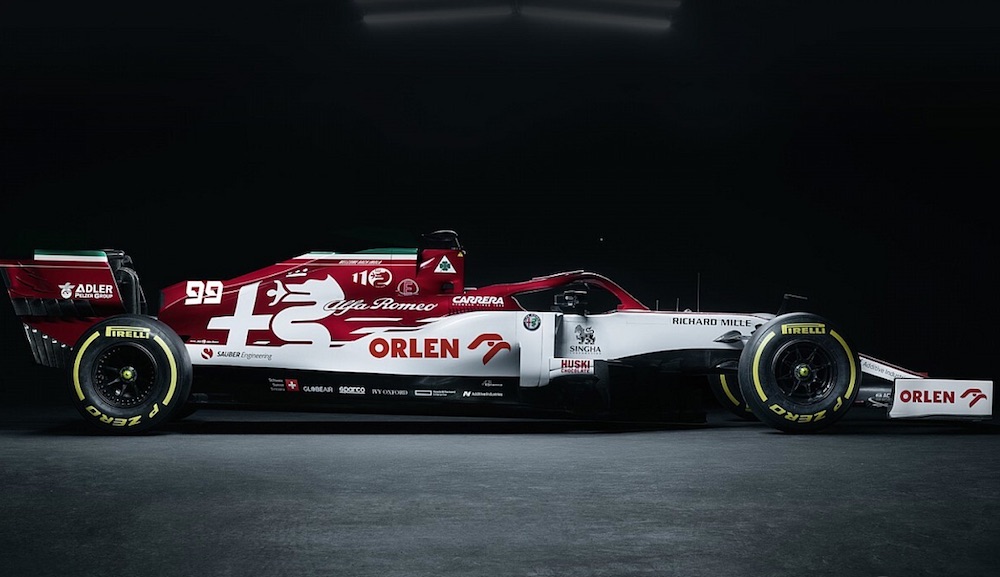 Most readers of this website will remember the glorious made-up names of Lymeswold cheese and Consignia (Royal Mail) that many years ago filled the routines of topical comedians. They’ve now been joined by Stellantis, the merger of Fiat Chrysler and Peugeot. The name is, according to their press release “rooted in the Latin verb “stello” meaning “to brighten with stars”. Jolly good then. When the merger, which was agreed in 2019, became final in January there was speculation that cost saving measures would mean the end of the Alfa Romeo-branding of the Sauber F1 team. However, the expected (at the time of writing) extension of the current Ferrari arrangement seems to have cemented Alfa’s future for the time being, which is pleasing because of the group’s surprisingly diverse background in F1.

Although FIAT had a Grand Prix presence in the early days, for example the wonderful 4 cylinder 75hp 14 litre S74 of 1903, their main presence in F1 has, like the other two names in the merger, been as a name on an engine cover. In 1969 they became the parent of Ferrari. It took until 1980 for the FIAT name to grace the scarlet flanks and in 1994 the name was shrunk on the side but added to the nose, in a succession of styles following corporate identity changes. Nothing says financial success like a new logo. FIAT Chrysler sold the family silver in 2014 and this was the last year that the name appeared on a Ferrari. It can surely not be coincidence that in this valedictory year the car was designated F14T.

Though Ferrari is no longer a Stellantis brand, there remains a common shareholding through Exor. However, FIAT’s historic involvement through its remaining brands is surprisingly strong.

Alfa began their F1 career with a bang. Not the blow-up type they experienced so often in the turbo era, but outstanding success as they won both the opening 1950 race at Silverstone and the opening two championships with the largely pre-war 158 Alfetta. As Ferrari developed the 375  the writing was on the wall and they withdrew for the 1952 season to return in 1979 for 6 years of effort as a team, prolonged by three years as engine suppliers. There was little reward in the way of results and some spectacular engine failures. Patrese described the 185T as “the worst car I ever drove”.  2018’s return was a paint job on a Sauber with Ferrari engines, but in fairness the all-conquering Mercedes could be described as an Ilmor-powered Brawn/Honda/BAR/Tyrrell with the difference that Mercedes own the paint shop.

Maserati’s involvement began at the 1950 British Grand Prix, first round of the new F1 Championship. As with Alfa’s 158, the 4CLT was a pre-war car and when the sublime 250F appeared in 1954 it looked like a jet fighter compared to a biplane. It was driven by Fangio in 1954 when, also driving the Mercedes, he won the Drivers’ Championship, and in 1957 when, solely in the 250F, he again won the Championship. It was still reasonably competitive in later years and used by privateers up to 1960. Maserati also supplied what were basically sports car engines to the ailing Cooper in the 1960s.

Like Alfa and Maserati, Lancia were acquired by FIAT following a financial crisis. In fact, it could appear to an outsider as if Ferrari was the sole acquisition of a successful business by the Italian conglomerate. The D50 appeared at the end of 1954 where it claimed pole and fastest lap but failed to finish. The promise was dashed by a disappointing 1955, when Lancia became insolvent and the D50 was taken over by Ferrari who added two major features – reliability and Juan Manuel Fangio. The result was 5 wins and a 1956 Championship as a Ferrari D50. The design soldiered on into 1958 as the 801, but probably best to draw a veil over that.

In the late 80s it became fashionable for US car companies to buy exotic sports car companies. GM bought Lotus, Ford Aston Martin and Chrysler bought Lamborghini in 1987. They looked over the North Italian fence and saw Ferrari had so much more heritage; the F1 connection was missing at Lamborghini. So ex-Ferrari man Mauro Forghieri designed a glorious sounding V12 that by 1989 was ready to debut in the Larrouse LC89 designed by Lola’s Eric Broadley. A beautiful car, a glorious sound…..and 1 point before it was replaced by the more successful LC90. Lotus also took the engine on, but it was always a midfield project at best. In each application the cars proudly wore the “Powered by Lamborghini Chrysler ” badge. Apart from being overweight, too big, thirsty and unreliable, it was a good engine.

For the pedants, it is necessary to also mention that in 1953, three Chrysler Hemi engined cars were entered in, but failed to qualify for, the Indy 500, which was officially a round of the F1 World Championship.

As with FIAT, Peugeot raced in the early days of the automobile. The 4.4L L76 of 1912 was a Grand Prix winner and as a small engined nimble car pointed the way to racing car design for the future. The same success did not follow their 1994 V10. It was developed from their endurance engine at a time when the FIA and Bernie Ecclestone saw everything – F1, Sports Car and even saloons with the stillborn Formula S/Procar – going to 3.5l, and ideally V10s.

First user was McLaren in the M4/9. 17 retirements, a best of 2nd and a reputation for fiery, smoky exits proved unsatisfactory for one of the top teams of the day who dumped the French donkey for the Mercedes Ilmor unit.  Jordan took the engine on, suspected to be on the basis of an Eddie Jordan  “good deal”. It had the virtue of keeping them in business and they rose to the heights of a Constructors’ 5th and three podiums in 1997. The engine then went to Prost where it staggered on until retirement in 2000. Peugeot’s Frédéric Saint-Geours said: “If you want my opinion, it is that Peugeot will never again race in F1.” 21 years ago, but not auspicious.

GM, who owned the AngloGerman coalition for most of its existence never really seemed to get F1. They have been included only so that I can mention that the Grandson of Opel founder Adam was Lichenstein’s foremost Grand Prix driver Rikky Von Opel, who in 1973/74 competed in eight races for Walsall’s Ensign and six for Brabham.

Stellantis have an abundance of retired brands and many of them come under the Talbot umbrella. Originally an Anglo-French company with strong West Midlands connections the name was revived when Peugeot bought Britain’s Rootes Group and France’s Simca for $1 from Chrysler. The Simca connection brought with it Matra whose sports division they had acquired in 1969. The Georges Martin designed V12, with roots in the sports car world, was used in the Ligier JS17 and then JS19 for 1981 and 1982 and badged a Talbot. In the years when the DFV was handing over to turbos, the slightly unfashionable V12 took genial Jacques Laffite to 4th in the 1981 drivers’ and Ligier to 4th in the constructors’ championship. After a mediocre 1982, the name disappeared, and Matra group bought the automotive division back, using it to produce the daddy of all Euro MPVs, the Espace.

Talbot had also (in Talbot-Lago form) appeared in the 1950 Silverstone GP. In fact, of the 26 cars entered 16 (Talbot-Lago, Maserati and Alfa) were makes which became part of Stellantis. The balance were ERAs and Altas.

Stellantis has a great heritage in F1. It lost its biggest asset, Ferrari, in what cynics might regard as FIAT trying desperately to become solvent in 2014, but still has a lot of history. Will it have a future? Chairman John Elkann also chairs Ferrari and is currently acting CEO. He’s also chairman of Exor who have significant holdings in both groups. So would he want his two children fighting in the playground of F1, or would it be better to have the boring kid (Stellantis) carry the bags and do a bit of homework – like trying out new drivers – for the kid everybody loves? Even if it means extra pocket money?