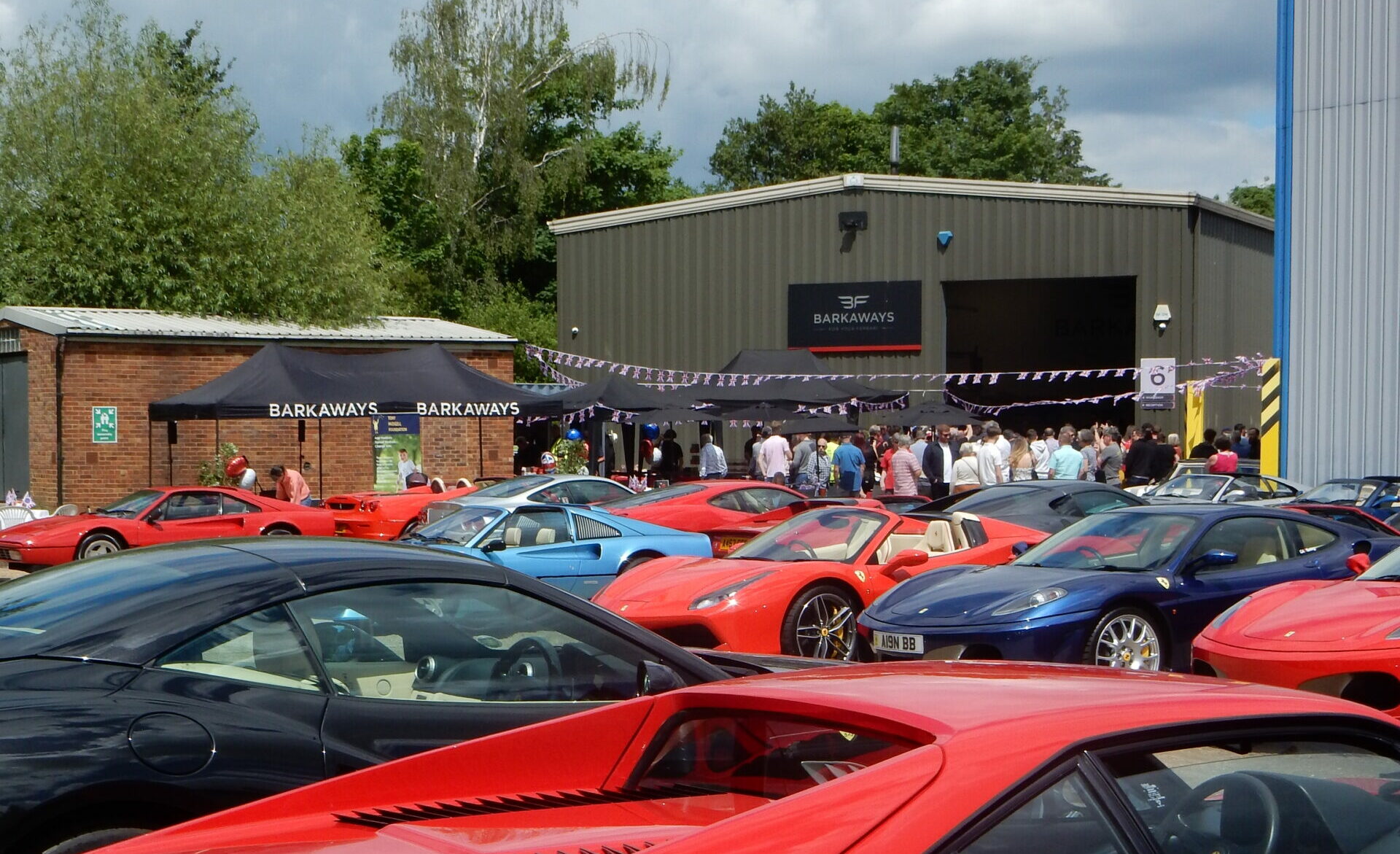 From the pen of Keith Bluemel

Like so many other gatherings, the annual Barkaways Open Day was unable to be held in 2020 and 2021 due to the pandemic. However, with the easing of restrictions in the UK it was back again on Saturday 28 May.

Blessed with fine weather – which encouraged clients and friends to take a drive out – the Open Day saw approx. 50 Ferraris gather at the Barkaways premises near Tonbridge in Kent alongside a variety of other marques, including a pre-war Delage Tourer, an Aston Martin DB4, a Ford Mustang, a TVR and some Porsche variants, during the course of the morning and early afternoon.

The main workshop area featured a display of the four pre-hybrid era Ferrari supercars, namely a GTO (288), F40, F50 and Enzo. Not to be missed was an exquisite pale metallic gold Dino 206 GT, that had just returned from being shown at the Villa d’Este Concorso d’Eleganza in Italy.

Other unique and interesting cars on display included an ex-Colin McRae Metro 6R4 rally car and John Reaks ex-Nelson Piquet Benetton B 190 F1 car. Much to everybody’s delight and appreciation, the latter was fired up at lunchtime to provide a piercing raucous symphony of sound, a sharp contrast to the ballads of the live music provided by Abigail Cardwell, the chanteuse during the course of the day. Further entertainment was provided by a wandering card trick magician, who both baffled and enthralled guests with his dexterity, we still don’t know how he did it!

A further display in the body shop comprised of a trio of Dinos; a rather sad looking 246 GT in need of a massive amount of TLC, a 246 GTS in primer, together with a road-ready 246 GTS, with an Alfa Romeo Giulia SS body shell in the paint booth behind them. The gleaming rebuilt engine for this was on display in the engine build area of the main workshop, together with other refurbished mechanical components.

There was a special guest at the gathering, Tony Hudgell. Tony was cruelly mistreated by his birth parents when only weeks old, resulting in horrific both life-threatening and life-changing injuries, notably the loss of both legs beneath the knees. Paula and Mark, his adoptive parents have provided him with the support and encouragement to live as full a life as possible, and he has now learned to walk with the aid of artificial legs. His story is one of hope and inspiration for other abused children, whilst Paula and Mark have formed a charity organisation, the Tony Hudgell Foundation, to raise funds to help other youngsters who have been the victims of abuse. You can learn more about the Tony Hudgell Foundation at www.tonyhudgellfoundation.org.

On a brighter note, Tony is an avid car enthusiast and Ian Barkaway put the icing on the cake of his day by taking him for a ride in a F355 Spider, one that I’m sure that he won’t forget in a hurry!

The popular Barkaways Coffee Hut, which is also open for coffee mornings on selected Saturday mornings from spring through to autumn, served hot and cold beverages alongside a selection of both sweet and savoury appetisers to satisfy the inner needs.

More photos from the Barkaways Open Day will be available on the Club’s Flickr Page soon.