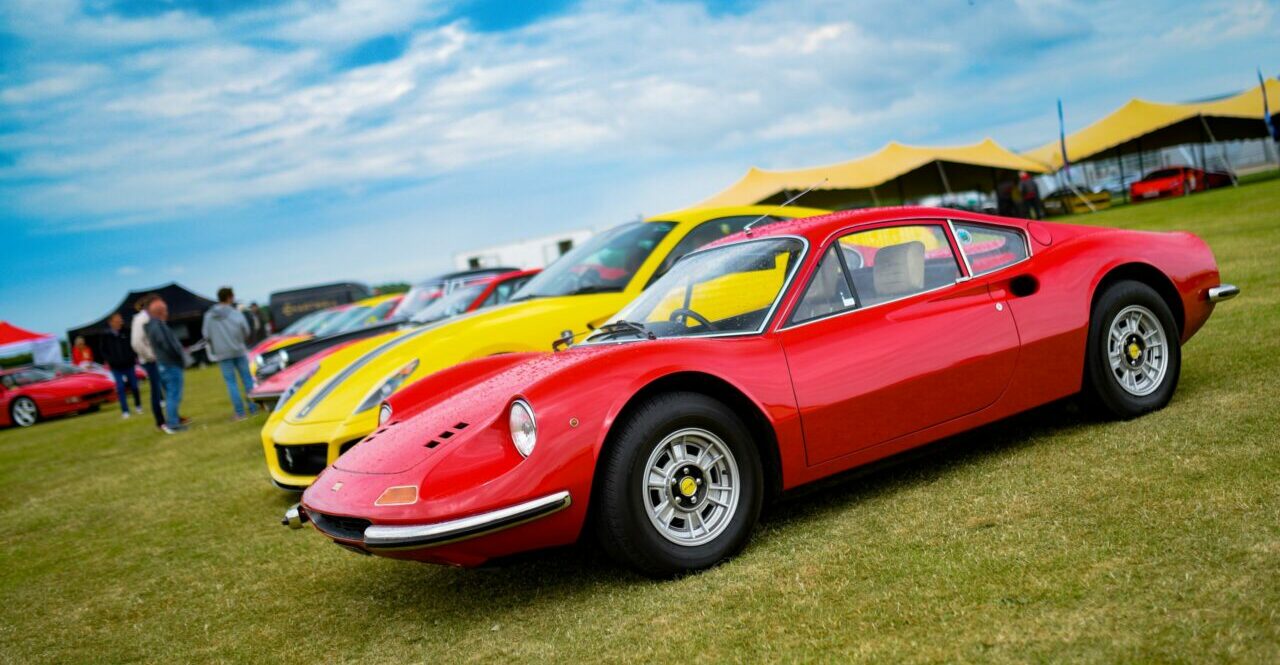 Wind, rain, sunshine – those who made their way to Sywell Aerodrome for the National Ferrari Owners’ Day experienced all three of these and more, with the weather never truly settling on any particular season for long. Despite the at-times inclement weather the Club welcomed over 500 Ferraris on the day.

A huge variety of tipos were present on the day from the latest in cutting-edge with the SF90 and 296 GTB to some of the earliest on the roads including a 1951 212 Export Vignale proving a very popular car indeed.

Not to be outdone, exhibitors Bob Houghton wowed those present with the 2012 one-off Eric Clapton special, the SP12EC. Based on the 458 platform this special project Ferrari pays homage to the BB’s of yesteryear in spectacular fashion.

The Club’s own Pirelli Ferrari Hillclimb Championship displayed four cars under the main marquee for members and Ferrari owners’ to review – a 308 GTB, 458 Spider, 488 Pista and F8 Tributo – demonstrating that the PFHC is open to any Club member and that any road going Ferrari can be competitive.

The Meguiars’ Pride of Ownership Trophy crowned its second winner with the 512TR of David Clarke scooping top honours, winning an invitation to the Charles Stanley International Club Concours later this year.

Under the cover of Hanger One, the Silverstone Auctions Sale of Ferraris provided amazement with sell, after sell, after sell. The headline lot 2017 Ferrari F12 TDF no. 1/799 sold for £678,500. You can review the sale prices from the auction online.

A full event report will be included in the upcoming June issue of the Club’s bi-monthly magazine, Ferrari.

For now however, more photos are available to view on Flickr, with even more to follow over the coming weeks as members continue to share their photos with the Club by emailing info@ferrariownersclub.co.uk.